The current issue of a leading yoga magazine contains step-by-step instructions on how to throw up your food after eating, claiming it’s an ancient yogic technique. Is that appropriate in our eating-disordered times or dangerously irresponsible, asks Healthista yoga columnist Genny Wilkinson-Priest?

People come to yoga for many reasons – to stretch the hamstrings, to build a mind-body connection, to increase self-awareness. So I was surprised – no, make that shocked – to see a leading yoga magazine advise its readers to stick their fingers down their throat and vomit in order to burn fat and trim the waist.

A reader ‘Eric’ writes to Yoga Magazine’s Yogi Dr Malik questioning the process, having read about it in an old yoga book published in 1959. Eric states that it ‘…sounds a bit extreme’ and asks, ‘…Is this really a yogic technique?’

The reply, in the May issue, essentially, provided what I see as a manual for bulimia nervosa.

It read: ‘Bend your head over the bucket (or sink) and using the index finger and middle finger, tickle the inside of your throat, push the fingers down into the epiglottis and you should vomit…Performing The Tiger exercise gives the body a helping hand to remove any foods and liquids it does not require.’

Yoga Magazine was attempting to explain the finer points of a centuries old yoga purification technique – The Tiger exercise – but failed to provide any historical context, or caution (except to pregnant women and children.) Originally a technique used in Middle Ages India to purify the body as a means of preparing it for a state of Samadhi (enlightenment), vomiting up excess food in the West in the 21st Century has no spiritual connotations whatsoever.

‘If you practice this at least once a week, you will notice a difference in the shape of your abdomen and hips,’ Yoga Magazine continued. ‘Push the fingers down the throat and vomit. Repeat this process until you are only vomiting water with no traces of leftover food.’ 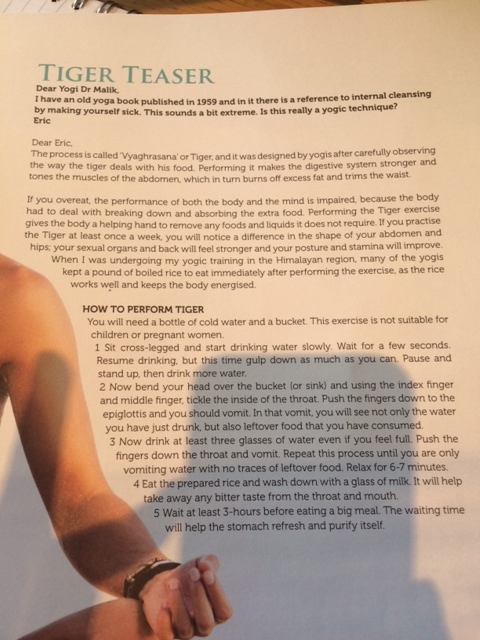 Yoga Magazine’s piece appeared in the May 2015 issue

Has Yoga Magazine, in one fell swoop, validated bulimia, enabling suffers of the eating disorder to rationalize their self-harming in vaguely yogic terms? When really, Vyaghra kriyā, as the 15th Century technique is known in Sanskrit, has absolutely no relevance in contemporary Western yoga practice.

‘It seems irresponsible,’ said Graham Burns, a yoga teacher and Ph.D. student in Indian philosophy at SOAS, at the University of London, a centre specialising in African and Asian studies. ‘These techniques, if they are appropriate at all, should be learned from a teacher, not a magazine.’

Yoga Magazine did not explain their decision to run the story despite my five requests  to do so.

And it comes at a time when the yoga world is struggling to even admit, let alone deal, with the fact that it can attract people with body dysmorphia, even at the same time as it serves as a therapeutic tool to very effectively help those with the mental health disorder that can lead to not just bulimia but anorexia. 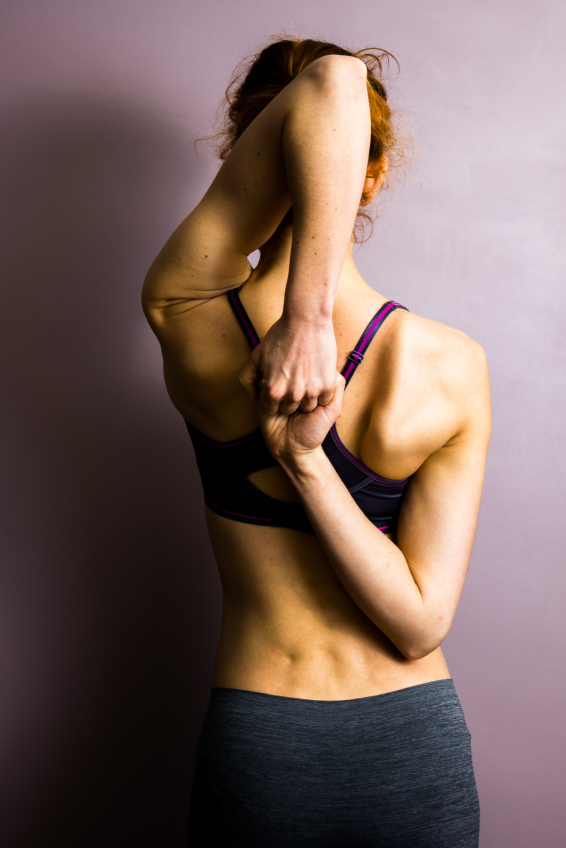 Yoga Magazine, with a circulation of 74,000 and known in the industry for its light approach to the historical and philosophical foundations of yoga, did not explain their decision to run the story despite my five requests by email and phone to do so.

Vyaghra kriyā is an internal cleansing technique that was first described in the Hatha Yoga Pradipika, a 15th Century classical yoga text that is required reading on any yoga teacher training course. Traditionally, techniques like Vyaghra – which in Sanskrit means Tiger, so named for the animal that regurgitates his food a couple hours after eating it – would  be taught by a teacher, directly to his student. 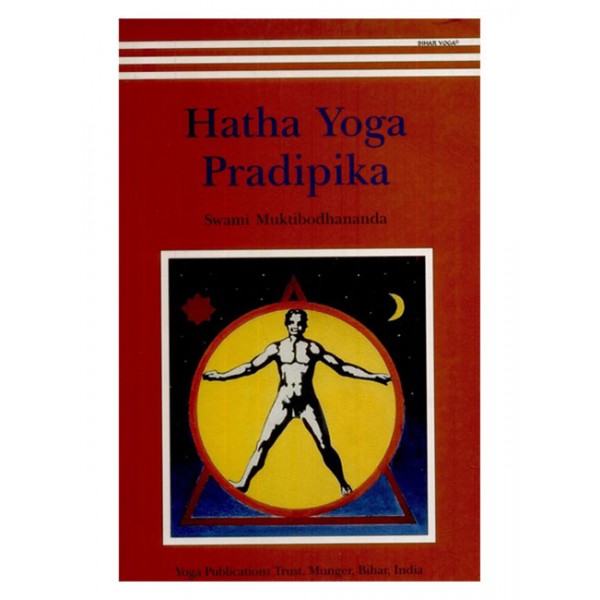 The ancient yogic text in which the practice is described

‘The way the practice is framed [in Yoga Magazine] makes it seem as if it would be good for everyone whereas in a traditional situation a guru would instruct just one student at a time and advocate practices suitable for each individual,’ said Dr. Jim Mallinson, a lecturer of Classical Indian Studies at SOAS.

The practice, meant to purify the body and bring about its smooth functioning, would have been kept secret to protect against potentially dangerous side effects if taught improperly and not according to individual need. As the Hatha Yoga Pradipika itself says: “(These) are powerful practices that can never be learned from books or taught by inexperienced people.”

Why does it even matter, you may ask, if a magazine publishes a piece on a centuries old yoga technique?  It’s not as if bulimics don’t already know the ins and outs of vomiting up their food. Here’s why: Because now they’ll be able to rationalize their self-harming, thinking they have found in yoga a safe place that accepts, or worse, encourages it.

The yoga world is already battling an image problem – that of the thin, white woman living on nothing but kale juice,

The yoga world is already battling an image problem – that of the thin, white woman living on nothing but kale juice, colonics and sweaty yoga classes. Stereotypes abound, of course, but there’s a bit of truth to be found in these generalizations.

I spend a lot of time in yoga world teaching and practicing and regularly see worryingly-thin female students take multiple vigorous classes a day, working endlessly on ‘nailing’ picture-perfect handstands. As a teacher friend of mine, and former anorexic, says: ‘I can spot an Ana from a mile off. They work harder than they should. They are obsessed. They push. They don’t chill. They go to Hot Yoga classes five times a week and they are just masking their shit and using it as an excuse to burn up calories they don’t have to spare.’

a teacher friend of mine, and former anorexic, says: ‘I can spot an Ana from a mile off. They work harder than they should. They are obsessed. They push.

Some of my yoga friends obsess about their food – it must be gluten-free, meat-free, sugar-free, carb-free, caffeine-free, everything-free. Don’t get me wrong, I’m all for healthy eating and ditching the preservatives but this obsessive-compulsive attitude toward food is common in yogis and, yep, you guessed it – anorexics and bulimics. Yogis and eating-disordered individuals can share the same behavior patterns: The quest for perfection, the need to be in control, and the desire for respect and admiration. Yoga Magazine has, in my opinion, reinforced these commonalities, and endorsed self-destructive attitudes.

‘I felt uncomfortable reading this and I think anyone with an attachment to an eating disorder will feel the same,’ said Christina, a former ballet dancer who at 14 was anorexic and at 16 bulimic. ‘It might encourage people to try (vomiting after eating) even if they’ve never suffered from an eating disorder. And bulimia is addictive. Trust me. In essence [Yoga Magazine’ is mindlessly advocating a practice which is not safe to promote in this day and age.’ Christina, now a yoga teacher herself, was attracted to yoga in order to burn more calories and be more flexible for her ballet.

Yogis and eating-disordered individuals can share the same behavior patterns: The quest for perfection, the need to be in control, and the desire for respect and admiration.

For her yoga was a flytrap that she used purely for physical reasons in order to shape the body into the lithe form that’s become the yoga ideal as portrayed in yoga magazines, yoga Instagram accounts and DVDs. I’ve been practicing for 15 years, and you’d think I would know better by now, but I admit to brief moments when yoga actually makes me feel worse about myself rather than better. Like the times I struggle to bind my hands behind my back in a posture called Pasasana, and I think if I lost just one inch from my waist I bet I could actually do this posture. I get a bit disgusted with myself, but I’m pretty good at sweeping these harmful thoughts under the carpet until the next time they rear their ugly head. I’m not sure if this is the right approach, but ‘moving on’ is a strategy that serves me well.

yoga, when practiced correctly, is in fact a tool for recovery as it promotes self-acceptance

But let me be clear – I do not think yoga aggravates eating disorders, and the bulimics and anorexics I spoke to were at pains to make this point clear. Eating disordered individuals to be sure are attracted to the practice because contemporary yoga has in some ways lost its spiritual dimension amid all the external focus is on the body beautiful. Yoga Magazine does us no favors here, but yoga when practiced correctly with an emphasis on the breath and the quest to discover the essence of the Self is in actual fact a tool for recovery as it promotes self-acceptance.

‘Yoga helped me get over bulimia 100 percent because it helped me learn healthy control, healthy living and eased my anxiety,’ said Cathy, a 43-year-old American yoga teacher and former anorexic.

Liz, a 38-year old former bulimic, says she came to yoga after she was in recovery but upon occasion still uses it as a weigh-loss tool instead of a spiritual discipline. ‘But overall, yoga helps me see my body in terms of what an amazing tool it is, as opposed to this thing that needs to be maintained and controlled. I came for the vanity and stayed for the sanity.’ 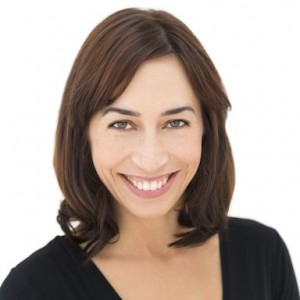 Genny Wilkinson-Priest is a yoga teacher and journalist who lives in London with her husband and four (yes four!) sons. Genny teaches at London studio Triyoga, The Life Centre and Hiitgirl. Read more on her website, gennyyoga.com 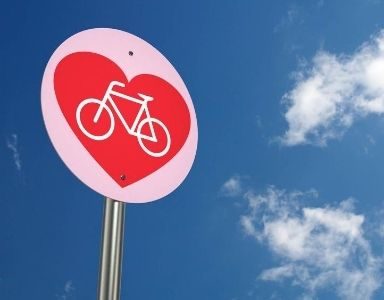 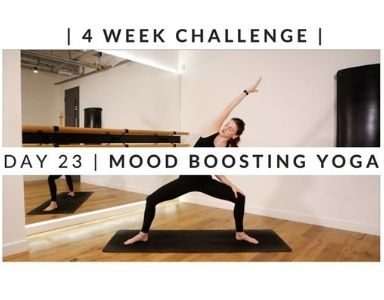 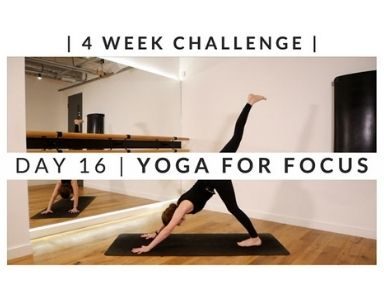 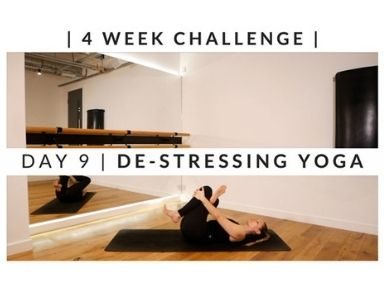 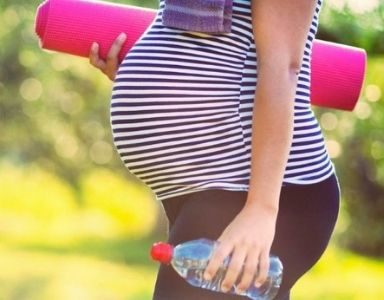