The Oscars were last night and the red carpet ceremony was stunning — and we’re not just talking fashion, here. Here are this year’s actresses with the best Oscar bodies and the scoop on how they attained them

Nominated for Best Actress in a Leading Role — Gone Girl 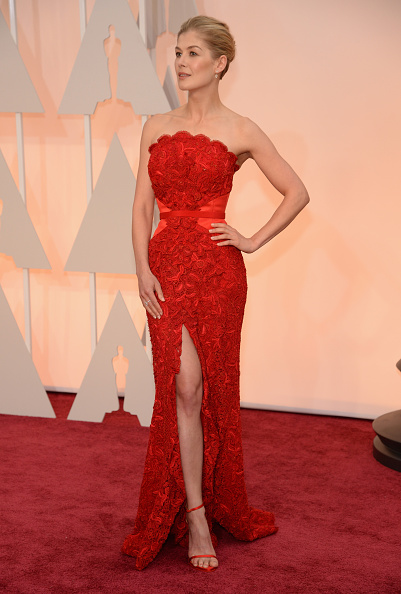 For her role as missing wife Amy Dunne in Gone Girl, Pike often had to drop weight at very short notice, depending on the film’s shooting schedule. Professional MMA fighters are constantly gaining and dropping weight to stay in certain weight classes, so who better to keep Pike at filming weight than Bellator (a US Mixed Martial Arts tournament) fighter Holly Lawson?

Lawson told Healthista how she used her experience of gaining and dropping weight quickly to formulate Pike’s workouts and meal plans depending on whether she needed to gain or lose weight. Before slimming down, Holly made sure there was plenty of muscle there to show off. Rosamund put on eight pounds of lean muscle by lifting heavy weights. ‘I had her doing squats, deadlifts, lunges, curls. Really basic stuff but at a really high weight,’ Holly said. That’s why her back, shoulders and arms are super defined towards he end of the film.

Then, when Rosamund had to look svelte (that shower scene), Holly changed her workout to plyometrics cycles with lots of mountain climbers, burpees and planks and had her running a couple of miles a day — by the end the film Rosamund was running up to five miles a day.

by the end of Gone Girl Rosamund was running up to five miles a day.

Holly’s tip? Water. Drink lots and lots of water. Everyone should have three-quarters to a whole gallon every day, she said.

Nominated for Best Actress in a Supporting Role — Wild 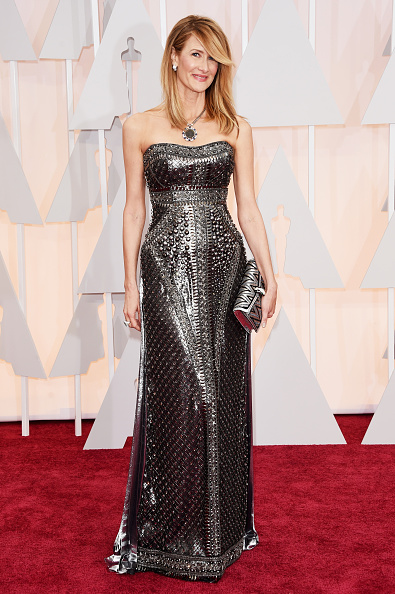 This 42-year-old has what Vogue magazine called an ‘ageless body’ and it’s probably because she’s extremely dedicated to her SoulCycle classes. When Laura’s in Los Angeles, she’s spotted leaving a class multiple times a week, even if it’s her birthday.

Bringing in my bday @soulcycle. What a blast! MB gave me the best workout ever. And cake too!

SoulCycle are a chain of (surprise) cycling classes based in New York and Los Angeles that transforms the regular spinning routine into a full-body experience. They’re rumoured to be opening in London this year. Riders burn 500 to 700 calories in 45 minutes, toning their upper bodies with hand-weights and performing core-engaging choreography — all while getting high intensity cardio on a stationary bike. Which sounds absolutely insane. Sign us up.

Nominated for Best Actress in a Supporting Role — Birdman 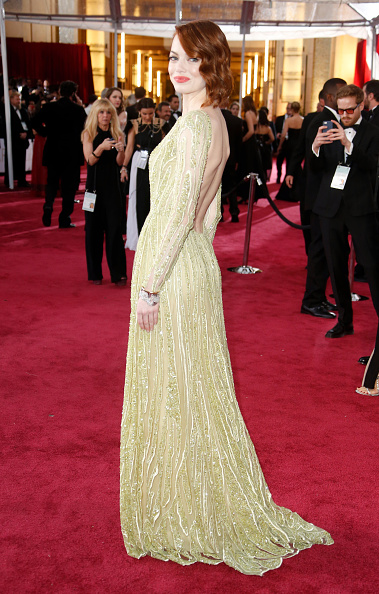 Stone has always been candid and honest about her hatred for exercise. She told US Weekly in 2012, ‘I had a trainer during Spiderman and I discovered I have deep-seated rage when I’m holding heavy weights over my head. Whatever dormant anger I have in me, that’s where it comes out.’ Her trainer during the filming of the movies, Armando Alarcon, told Shape magazine that they trained together for three to five days a week for an hour and a half at a time. Alarcon had Stone do moves that focused on balance and core, like modified mountain climbers, lunges and push-ups.

Alarcon [Emma’s trainer] had Stone do moves that focused on balance and core, like modified mountain climbers, lunges and push-ups.

Since training with Alarcon, Stone has taught herself to love fitness by finding forms of exercise she really enjoys like swimming, yoga and pilates. Stone’s pilates instructor Mari Winsor told Self magazine that she tries to come to the gym for a session every day when she’s in Los Angeles. During their hour-long sessions, Stone like to focus on firming her thighs, glutes and core.

Stone has never been one to diet, and fully believes in treating yourself every once in a while. She said in an interview with Glamour, ‘You’re a human being, you live once and life is wonderful, so eat the damn red velvet cupcake.’ Still, Stone eats well consistently, keeping her habits simple. Alarcon told Metro newspaper, ‘Emma is the perfect example of someone who controls her eating very well. She doesn’t go on diets and does indulge once in a while; but overall, she eats little meat and fatty foods and lots of fresh fruit and vegetables.’

Nominated for Actress in a Leading Role — Wild 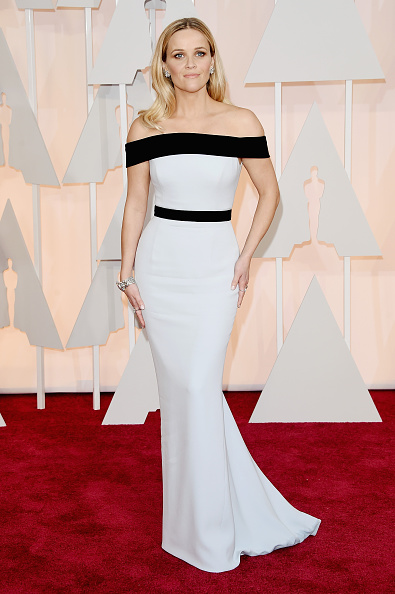 A quick Internet search will tell you that the 38-year-old mother of three is spotted working out as much as she’s on the red carpet. Reese’s secret? Bring a friend. Whatever form of exercise Reese decides to take on, most of the time she’s got a partner. ‘I like to run for about an hour, and I’m big into working out with girlfriends. It’s an acquired skill, being able to discuss your love life, children, and friends — all while you’re running! But we have mastered it,’ she told Good Housekeeping.

Witherspoon isn’t one for a fancy or restrictive diet, either. She told US Weekly, ‘I don’t believe in crash dieting or anything like that.’ Reese simply makes healthy choices on a daily basis. Her trainer, Michael George told Shape magazine, ‘Eat clean and healthy with small meals and snacks daily, reduce alcohol consumption, and do cardio 30 minutes a day for 6 days per week.’

We know, six days a week sounds… rough. But Witherspoon makes it fun by switching up her routine to keep her body guessing. Though running is what she does the most, she also hikes, takes yoga classes and has personal training sessions with George. He told Fitness magazine, ‘Every day should be something a little different when it comes to your workout routine. Otherwise, your body gets bored and you stop seeing results.’ If you’ve ever seen Witherspoon’s legs, then you know this has to be true. 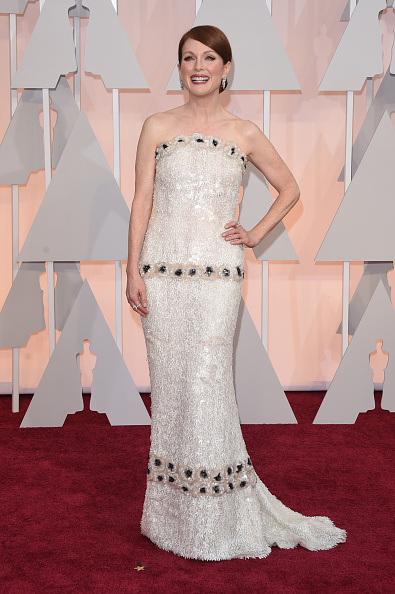 At 54, Julianne Moore has what is still one of the most enviable bodies in Hollywood. That being said, she’s had to remain level-headed about her body over the last few years. She told Health magazine in 2013 that she does Ashtanga yoga two or three times a week. Ashtanga involves synchronising breathing with movements and postures for a detoxifying sweat. Recently, she’s added light weight training to her regime, but doesn’t push herself too hard. ‘The main problem is I can’t do anything six days straight because I get hurt. That’s the thing about old age—eventually your hip starts to hurt and you have to switch and do something else,’ she told Health magazine.

Moore’s diet, she told Flare magazine in 2013, is pretty void of carbs. ‘Bread is one thing that has to go,’ in order to stay fresh-faced, she said. She eats favours fish, vegetables, salads and kale and east pasta and meats very occasionally.