How Serena Williams got so incredibly fit

Serena Williams rocketed back to tennis stardom, yummy-mummyness and Wimbledon’s final – here are some of the hacks that help

Serena Williams is quite possibly the greatest female tennis player of all time. Being a great athlete at any sport is tough enough. Being the greatest athlete in between being pregnant, giving birth and breatfeeding is just cruel to the rest of us.

Despite breeezing through her pregnancy, during which Williams trained as hard as she did – if not harder – before getting pregnant, the delivery was more of a hurricane than a gentle breeze.

‘I had a really tough delivery, and I had to have multiple surgeries and almost didn’t make it, to be honest,’ Williams said in an interview with ESPN.

‘I remember I couldn’t even walk to my mailbox, so it’s definitely not normal for me to be in a Wimbledon final. So I’m taking everything as it is and just enjoying every moment.’

To get to her 10th Wimbledon final only 10 months after giving birth to cutie Alexis Olympia, Serena’s journey was picnic.

After spending 300 weeks at the top spot, the time she spent away from the game pushed her right down to number 181 in the Women’s Tennis Association (WTA) rank.

Despite not taking the top prize home in this year’s Wimbledon championships, Serena quite simply sky-racketed her way from number 181 to number 28 in the world rank. That’s an eye-popping, heart-racing, jaw-dropping 153 rank positions in a single championship after her traumatic experience giving birth.

Serena’s Wimbledon 2018 statistics are as impressive as her heroic come-back to the game.  She lost only one set up to her win against Julia Goerges in the women’s semi-finals. The tennis superstar also had a winning-streak of 20 matches to date since 2015 and has won her last 15 Grand Slam matches starting from the 2017 Australian Open which she won while pregnant.

Hey guys! I will be @macys in NYC in Herald Square at 4pm TODAY (Aug 25) to celebrate the launch of my favorite sports bra, @berleiusa! Can’t wait to see you! #berleixserena

Williams is not a big fan of working out in the gym. She admits to following a strenuous workout plan only to maintain a healthy body and keep herself free of injury during tennis season.

This is Serena Williams’ workout routine before her pregnancy, when she was at her performance peak:

She starts with a 10-minute warm up session with some form of cardio exercise. She usually goes for Zumba but running, cycling and swimming are other options too.

She then goes straight into some strength-training exercises. Here is the routine she followed pre-pregnancy (source: workoutinfoguru.com): 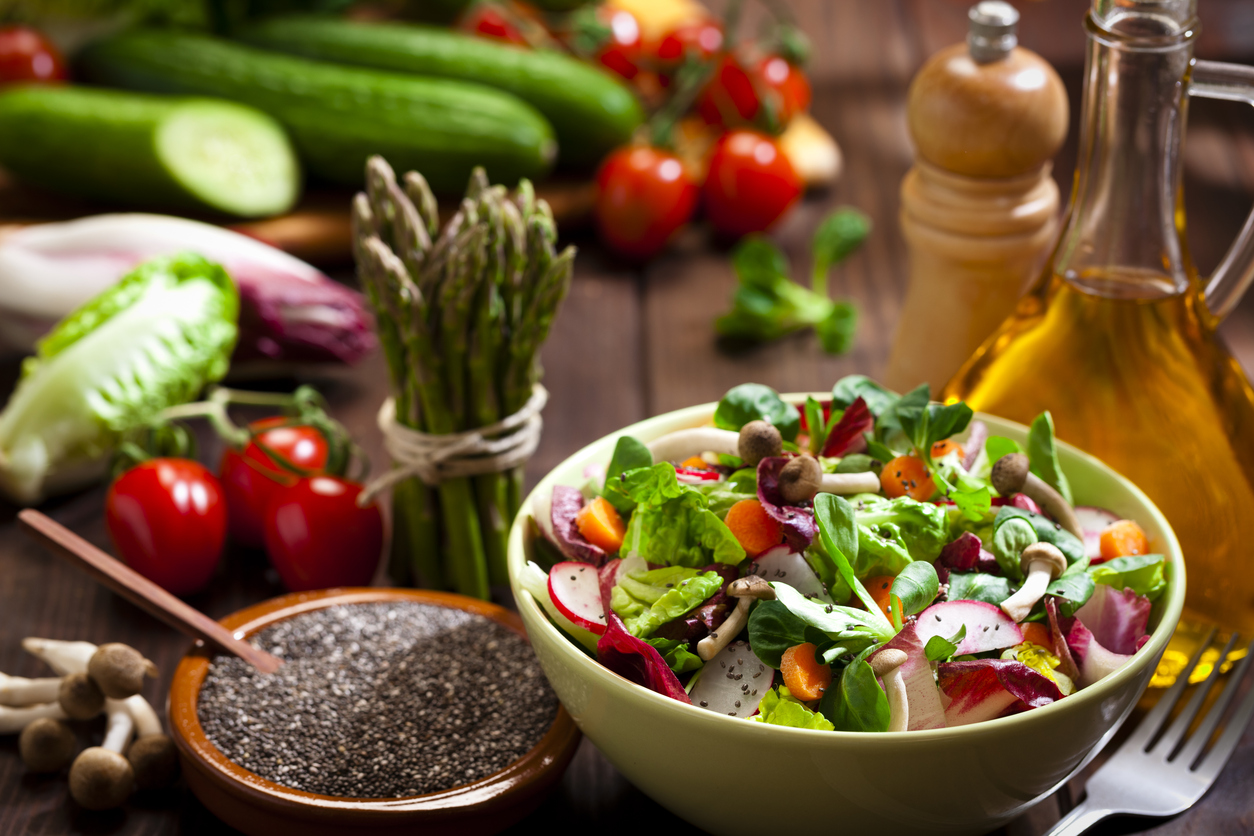 Except during break periods, Serena follows a raw AND vegan diet specially during tennis season. Who said bodybuilders like Serena can’t be vegan?

On a post at EcoWatch, Serena decided to go on a raw and vegan diet to support her sister, the also tennis-titan Venus Williams.

Venus was diagnosed in 2011 with Sjogren’s Syndrome, an auto-immune condition where the person suffers from dry eyes, mouth and throat.

To ameliorate the symptoms of the condition, Venus Williams went on a strictly raw vegan diet and the results allowed her to get back to tennis. To support her sister through the ordeal, Serena Williams also embarked on the diet and has been on it ever since especially during tennis season. To find out all about hoe veganism restored Venus to tennis health, visit Health here.

To get all the nutrients she needs for a healthy lifestyle, Serena eats plenty of nuts, beans, lentils, and sprouted quinoa. However, she occasionally indulges on some of her favorites including moon pies, grits, and fried chicken. Once her cravings are satisfied, she goes back to clean, raw eating.

Here is a sample day’s meals directly from Serena’s menu:

Afternoon snack: a fat burning drink such as lemon juice, matcha green tea, and cinnamon. She sometimes has some chicken as well to boost the protein content of her diet.

During off-season period, however, and thankfully a lot more like us mere mortals, Serena does have a few diet cryptonites: tacos, beignets and pizza with chips.  On a Facebook post, Serena admits to having a taco daily for lunch. And what if it isn’t on the menu? Pizza and chips.

Just a few days after announcing I was pregnant, we did this shoot for the @voguemagazine iconic September issue. I was so energetic that day but then I remember being totally exhausted and needed to take a break for an hour. I was still trying to understand this whole pregnancy process. Nowadays I have no ankles or toes and my fingers resemble sausages but it's moments like this that are captured by @mariotestino that makes everything worthwhile. Dress by my love @donatella_versace

If you thought that Serena would take it nice and easy during her pregnancy, think again. She powered her way through the gym while carrying her bundle of joy in her toned abs.

According to a post on HealthyCeleb, Serena revealed that while her baby girl was inside her tummy there were no major dramas. Getting Alexis out was a little more theatrical. She even said that she didn’t think she would enjoy being pregnant as much as she did.

A note of caution here though, Serena could take on the tough workout routine while pregnant only because she is an elite athlete. Her body is conditioned for the workout. However fit you may be before getting pregnant, it is always important to check with your doctor if it is okay for you to exercise whilst pregnant.

The healthiest pregnancy cravings EVER

Serena said she was a little disappointed at first because she didn’t have any cravings (and she was longing for them) but a little later in her pregnancy she finally got a few.  And what did she crave? Healthy veggies.

And just in case you thought this was down to pure luck, luck had nothing to do with it. It was all down to the eating habits she developed before her pregnancy. With an extra person growing inside her consuming all the goodness the tennis star ate, no wonder she craved for all the extra health-infused veggies her body had grown so accustomed to. The take-home message is to prime your body to loving healthy veggies before you get pregnant.

On an Instagram video posted by her husband Alexis Ohanian (below), he reveals how the tennis superstar went from being healthy to being healthier during her pregnancy.

Now that Serena has been through all the hurdles of pregnancy. here are her top 4 tips for a fit and healthy one:

Serena’s short-term goal is to get back into pre-pregnancy shape gradually to allow her body to recover. How is she going to do it? With sheer determination. And given the tough exercise routine she kept throughout her pregnancy, it’s no wonder she is back in centre court this summer.

We could not forget to mention the man who helped propel the tennis goddess back to Mount Olympus, Mackie Shilstone.

In an interview with ForTheWin, Shilstone said: ‘More than what she does on the court, which is what you know her for, I think what she’s gonna do is show women everywhere, mothers, who have complicated pregnancies, who have to face adversities, I’m not talking about losing on the court.

‘I’m talking about within three hours of dying [read about Serena’s life threatening birth experience on CNN] … I think Serena is gonna set the tone for mothers facing true adversity to weather the storm. I think that’s a bigger story than her winning the next Slam.’

Pilates for pregnancy to keep you active in your first trimester

How to eat during pregnancy – an expert’s guide