Let me begin by saying, I am TERIFFIED of injections. I mean, seriously scared. Even looking at images of them makes me feel a little bit nauseous – which as you can imagine made reviewing and writing Vitamin Injections London a little tricky.

But as a wise Mandy Moore in a terrible chick flick (Chasing Liberty) once said – it’s the things that you’re scared of that are usually the most worthwhile. In the spirit of this, I’ve fainted my way through numerous vaccinations and piercings over the years and while I’ve not quite overcome my phobia just yet (my most recent injection at the doctor’s ended in a hysterical panic attack) I decided that going for vitamin injections seemed like a good idea. 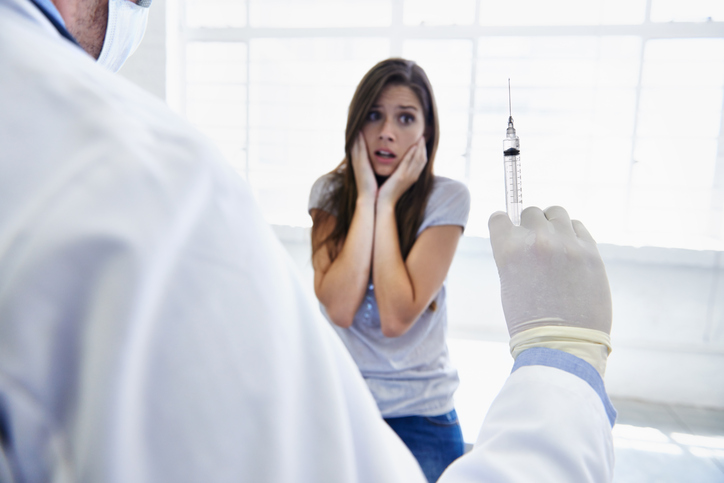 Why? If the influence of celebs such as Rita Ora, Rihanna and Madonna pumping their veins with vitamins wasn’t enough persuasion, according to Vitamin Injections London, infusing your veins with concentrated doses of the health-boosting vitamins are thought to have a whole load of benefits.

The clinic says that ‘doses of vitamin B12 can help clear up brain fog, improve physical and psychological well-being and lead to a healthier cardiovascular system.’ Plus, injections such as their L-Carnitine IV Infusion are supposed to speed up your metabolism, increase serotonin production and reduce fat cells. Sounds tempting. 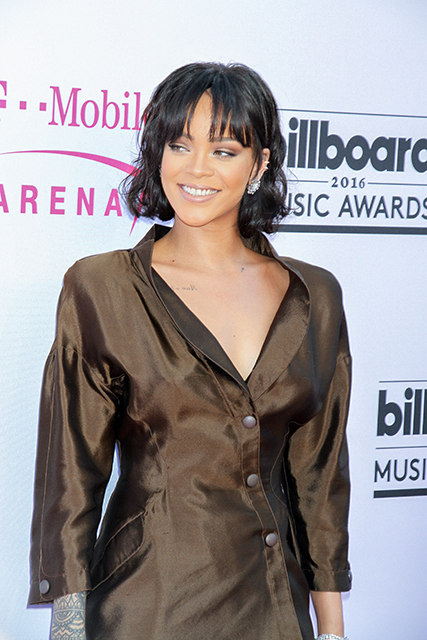 So, okay my vein-ity got the best of me (see what I did there). Curiosity got the better of me and I decided to give them a try.

according the Vitamins Injection London, only 8-15 percent of active ingredients in orally ingested fat burning supplements reach the bloodstream.

A big knot tied itself in my stomach as I headed out the office and toward the Marylebone clinic on appointment day. Walking into the waiting room I settled myself down on a squidgy chair, trying to calm my breathing and distract my brain by reading posters on the wall before what I was about to do caught up with me.

My nervousness wasn’t helped by the fact that I filled out a form in the waiting room warning me of all of the potential things that could go wrong including bruising and nerve damage. But when I went into the treatment room and met Vitamin Injections London founder Bianca Estelle, I was quickly put at ease.

Nerve damage is something that very rarely happens, I was assured. Estelle is a medical aesthetician and skin specialist and sporting pink rubber gloves and a comforting smile she began to explain the treatment and the procedure.

Bianca Estelle is the founder of Vitamin Injections London

Given the option of treatments, I decided to go with the Shed and Shred –  it’s specifically designed to kick start a weight loss regime. According to the company, only 8-15 percent of active ingredients in orally ingested fat burning supplements reach the bloodstream. Vitamin Injections London says that a direct infusion will deliver 95 percent of the active ingredients.

the strangest thing happened. I started to taste the flavour of the vitamins.

I was told that the treatment would mean four injections (ouch!). A Vitamin B12 injection, a Vitamin B Complex, a Lipo Blast plus L-Carnitine IV would all be infused into my bloodstream. So what does that actually mean? Well apparently, these injections will detoxify fat soluble chemicals and charge up the digestive system. The Vitamin B is supposed to boost my energy and the L-Carnitine is meant to help my endurance levels and help weight loss.

I jumped on the treatment bed for my first injection and while I was extremely sweaty and nervous and although I’m about to describe it in detail, I was surprised at how quickly the whole process was over. Estelle found the vein she wanted to inject, pierced the butterfly injection into my arm and told me ‘If it helps, this is the one we give to children,’ (it didn’t). I felt a slight prick and the injection was in. 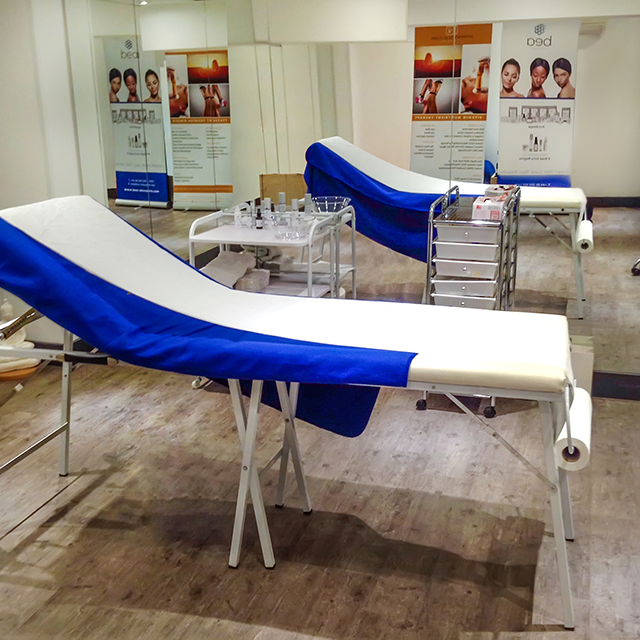 The first lot of vitamins were connected to the IV and then Bianca pushed them into my blood stream. It was a bizarre sensation, a dull feeling of the liquid flowing through the veins in my arm. My arm felt heavy and by the time the second lot of vitamins were connected and pushed through, the strangest thing happened. I started to taste the flavour of the vitamins. The flavour was so incredibly strong it was as though I’d opened up my mouth and knocked back a multi-vitamin cocktail.

‘Are you vegetarian?’ Estelle asked when I told her I could taste it. I told her that I wasn’t and she said the reason that she asked is that this often happens when people aren’t getting enough of a certain vitamin. Apparently, vegetarians often have this sensation as they miss out on the vitamins in meat. 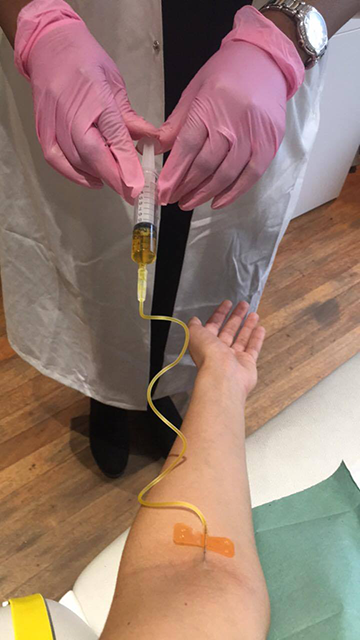 The three IV injections were followed by a clear saline solution and then part one was all over. By this point my incredulity at the taste of the injections was only furthering my usual injection anxiety. I felt lightheaded and started seeing spots around the room – at this point I just wanted the whole experience to be over but there was one more injection to go – vitamin B12. And this one would be injected into my bum!

before I had time to feel sorry for myself, the whole thing was over

B12 hurt more than the previous three – while it wasn’t seriously painful it was seriously uncomfortable. I rolled onto my side on the treatment bed and pulled down my trousers slightly. I’d thought I’d barely feel this as a bum can usually be pretty good cushioning but this injection was going straight into the muscle and it stung. However, before I had time to feel sorry for myself, the whole thing was over – from walking through the door to leaving the entire process had taken no more than 30 minutes. 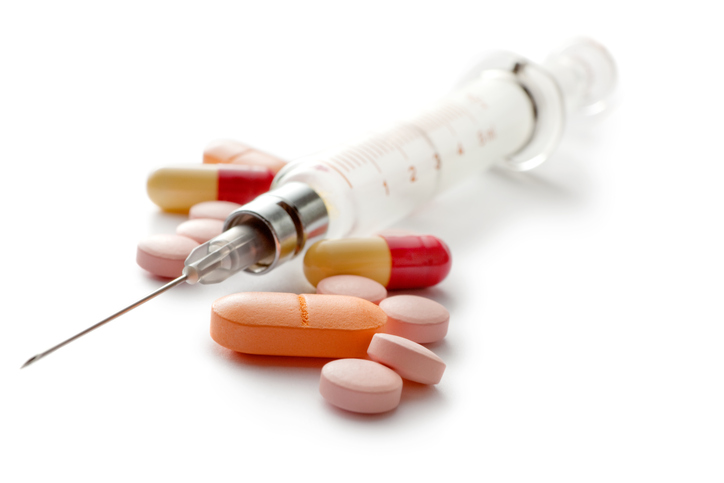 Estelle explained that the effects of the treatment would last around 12 hours but to see real results clients would have to have a full course. This would mean twelve weekly appointments of injections (that’s one way to overcome a fear of needles).

So how did I feel afterwards? Unfortunately, one treatment was never going to be enough to reap the rewards in terms of metabolism or weight loss but I did feel as though I had a little more bounce in my step as I went about the rest of my day and evening (after my body recovered from the initial shock of all those injections).

Would I put myself through that weekly? Definitely not. But I would say that if you’re a fearless gal or guy that is looking for a sure-fire way to increase your vitamin intake, it could definitely be an avenue to try.

The rise of convenience vitamins