Do you suffer from hay fever? Then – sorry – but we’ve got some not-so-good news for you. Pollen levels are set to soar after this weekend’s scorching heatwave from northern Africa – or the ‘Sahara bubble’ as it’s been coined.

On Saturday, temperatures in some places soared to around 34’C, making it the hottest day of the year so far and asa result, the Met Office has issued warnings for ‘very high’ pollen levels across England.

Hot weather can exacerbate hay fever, and experts claim that breathing in hot air can cause the airways to narrow, leading to coughing and shortness of breath. Hot weather can also increase the amount of pollutants and mould found within the air, which can also affect asthma symptoms. 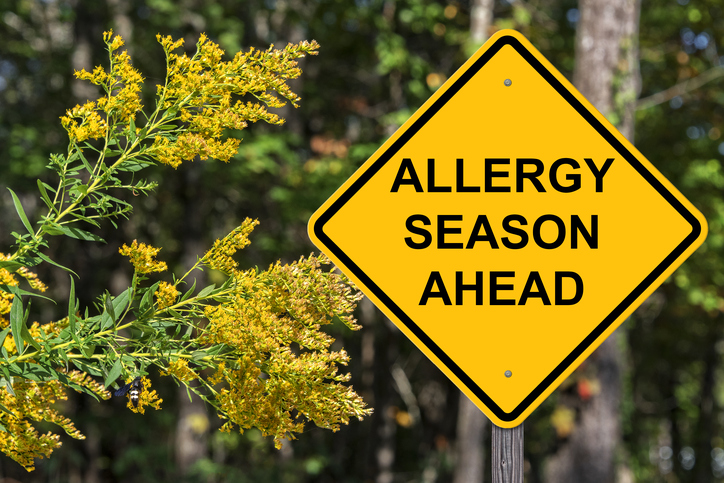 According to Allergy UK, 40 per cent of British adults suffer from seasonal allergic rhinitis, aka hay fever.

The condition is so prevalent that car insurance companies have even begun to punish drivers with hay fever. According to RAC motoring services, it’s thought that over two million accidents in the UK have been caused directly by hay fever and research by Halfords found that at least twenty-seven per cent of British motorists suffer from repeated sneezing, swollen eyes, and a runny nose.

Hay fever is a part of the most common group of allergies known as inhaled allergies. Inhaled allergens are hard to avoid because simply breathing in can trigger a reaction. When an allergy sufferer encounters an allergen, histamine is released telling the body to get the allergen out. This is when the sneezing, runny nose, and coughing all begins to happen.

Do I have hay fever?

Sometimes it can be difficult to determine whether what you’re feeling are allergies or a common cold, after all, many of the symptoms overlap. There are some key differences between the two to look out for, says Dr Mike Dilkes, author of Stop Allergies from Ruining your Life: . . . The Easy Way

While we may call it hay fever, having a fever is never a symptom of actual hay fever

While itchy eyes are one of the most common symptoms of hay fever, they are not a symptom of a cold. ‘This is one easy way to differentiate between allergies and a cold,’ according to Dr. Dilkes.

There is a big difference in duration between a cold and hay fever also. A cold will typically only last about three to seven days. Whereas hay fever can stick around for weeks or what feels like an eternity. 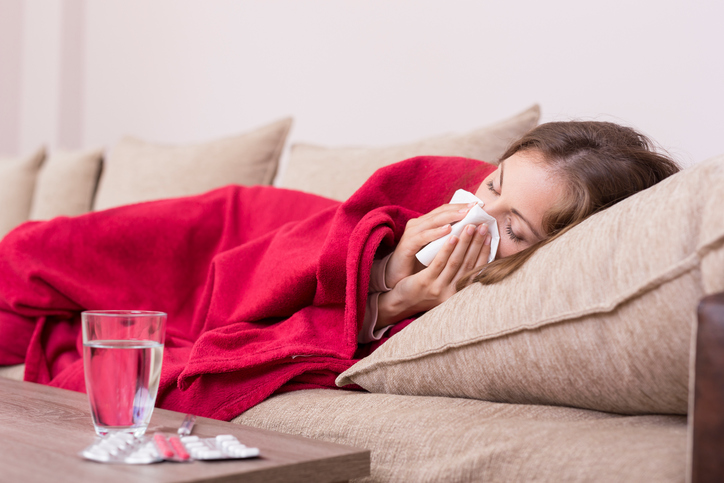 Avoiding airborne allergies can be hard since you could inhale them at any time but there are some ways that you can minimize exposure.

Pollen counts are highest in the early morning and early evening. Dr. Dilkes suggests, ‘try to stay inside during these times and definitely keep your windows closed.’

1. Use a damp cloth to wipe down dust

Dust is a common creator of hay fever, especially in our homes. Clean dust off surfaces with a damp cloth so it is absorbed instead of being spread around into the air. Avoid carpet when you can as dust can get trapped deep in the carpet. Also avoid feather duvets and feather pillows as dust gets easily trapped in these materials too. Instead, try a sealed dust cover over your mattress to help keep dust out.

2. Wash your body and hair at night

Pollen and other irritants get trapped in our hair and on our body throughout the day, which is why Dr. Dilkes suggests washing your body and hair before you go to bed. Although showering in the morning is how many of us start our day, showering at night can help minimize the effects of hay fever.

According to Dr. Dilkes, ‘when you don’t wash the pollen off of yourself at night you essentially incubate yourself in pollen while you sleep.’ This makes the effects of hay fever worse – a simple fix like showering at night could help you wake up less stuffy, tired, and irritated from hay fever. 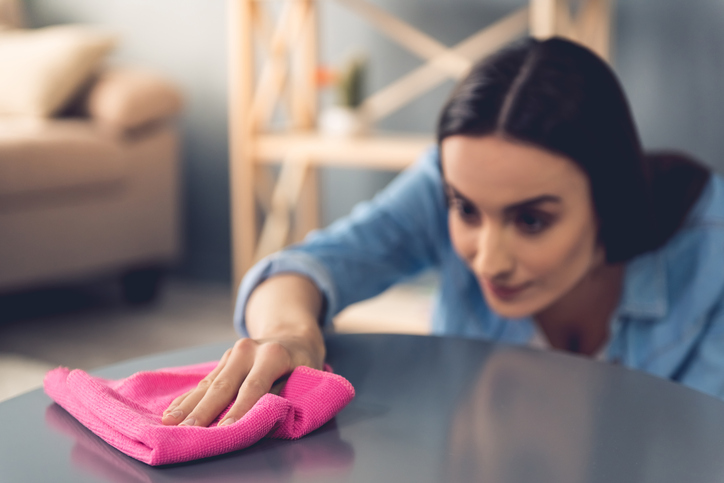 An easy way to stop the symptoms of hay fever is to stay on top of taking your medicine. Visit your doctor and find out which medicine is best to treat your allergies.

A more difficult way to avoid hay fever is to not drink alcohol. Although that cocktail might sound lovely on a hot day it can worsen hay fever. Alcohol contains histamine and histamine sets off sneezing, sniffling, coughing, etc.

5. Wash out your nose with saltwater

According to Dr. Dilkes, ‘a saltwater washout can easily remove dust and other irritants trapped in the nose.’ To do a saltwater washout start by dissolving half a teaspoon of table salt into one cup of boiled water. Let the water cool to room temperature. Then use the palm of your hand as a bowl to hold the water. Close one of your nostrils with your finger. Bring the open nostril to your palm and sniff up some of the water and then blow it out after a few seconds. Repeat for both sides.

6. Use a nasal salve

An easy and quick way to combat hay fever is by using a nasal salve. Putting petroleum jelly around the entrance of the nose will help to ‘catch’ pollen and stop it from entering the nose. When pollen enters the nose, it can cause a reaction such as endless sneezing and stuffy nose. 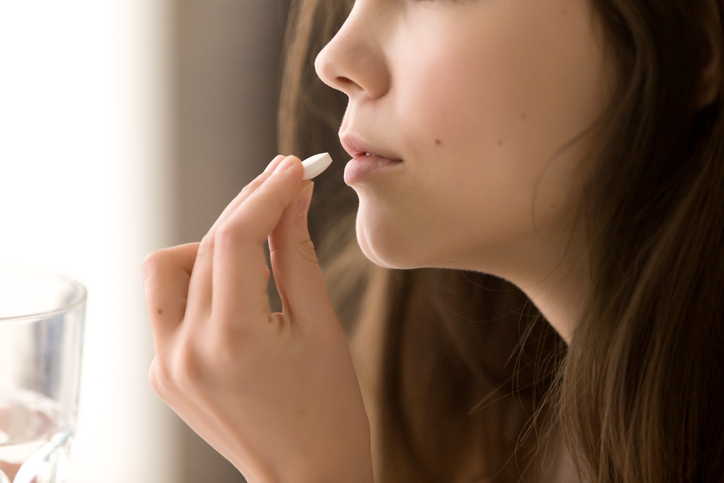 Dr. Dilkes says, ‘look for nasal sprays and drops containing sodium cromoglycate.’ Sodium cromoglycate stabilizes cells which then stops them from creating histamine, which is what causes your itchy and runny nose. So, by stopping the production of histamine, the nasal symptoms are lessened.

If the DIY remedies don’t help…

If the DIY remedies don’t help it may be time to visit the doctor for a steroid medication. ‘Steroids’ main purpose is to help reduce inflammation in the body. So, they are ideal for assisting with a stuffy nose or a sore throat when all else fails,’ says Dr Dilkes. 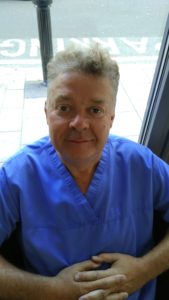 Dr Mike Dilkes has been a consultant Ear, Nose and Throat surgeon in London’s Harley Street for the last 30 years. He is always at the forefront of new developments in his field and has created many new techniques over the years. He now consults at a private clinic in Herne Hill, London. Dr Dilkes is the co-author of Stop Allergies from Ruining your Life: . . . The Easy Way

12 easy ways to cut back on plastic

Running for beginners – 7 steps to getting started 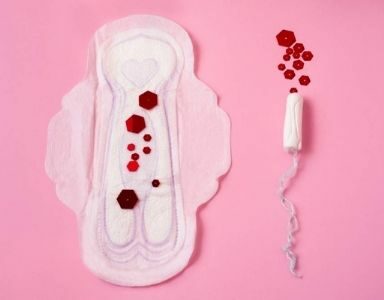 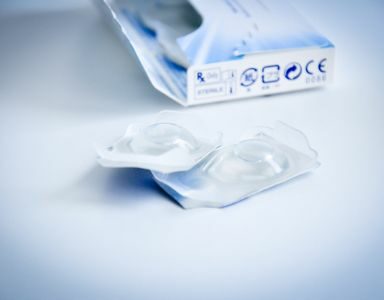 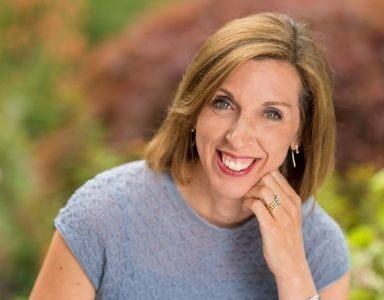