The new curved treadmill that burns 30 per cent more calories

A new curved treadmill uses only your own power and no electricity making it hard as hell.  Healthista TV caught up with trainer Stacey Johnson to find out more 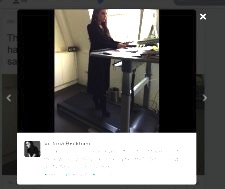 You probably saw Victoria Beckham cause a Twitter storm with her treadmill desk a few months back (read our trial here). Now get ready for a new generation of torturous treadmills hitting gyms.

The latest uses no electricity, is powered entirely by the user and, according to its makers, burns 30 per cent more calories than running on ordinary treadmills. In fact, research has shown that just walking on the new Woodway Curve treadmill provides similar cardiovascular and caloric burn benefits as running on a conventional treadmill. 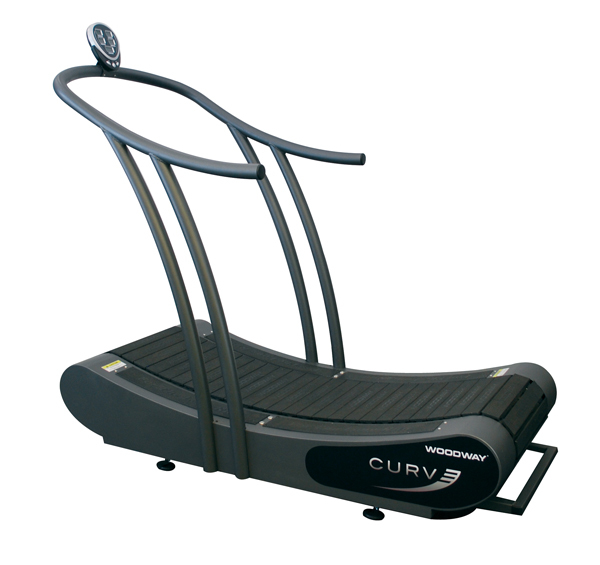 The Woodway Curve is a non-motorized treadmill powered solely by a user’s legs.  This means the Curve has no top speed and users don’t need to wait for the belt to get up to their desired speed.  It also means that the user can burn a tonne more calories while engaging more muscle groups, providing a more effective workout than a conventional treadmill. 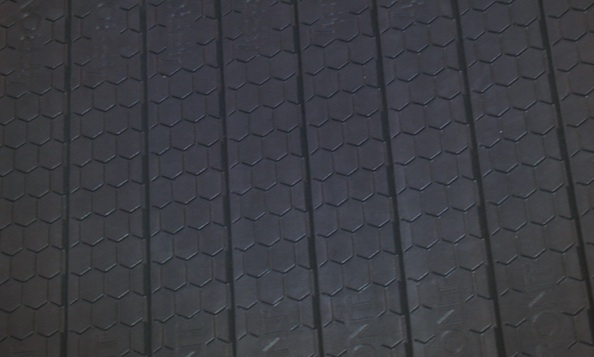 The floor is made of rubber slats, which glide on 112 ball bearings creating minimal friction and consuming no electricity whatsoever.  The rubber running surface absorbs the harmful impact shock on your joints and connective tissue without sacrificing proper running mechanics.

‘Because of the track, there’s 80 per cent less pressure going through the joints so injury prevention and total well-being for the user,’ explains Stacey Johnson, a Woodway trainer. Conventional treadmills, however, are not designed to absorb this impact shock, meaning joints and connective tissues are stressed and more susceptible to injury. 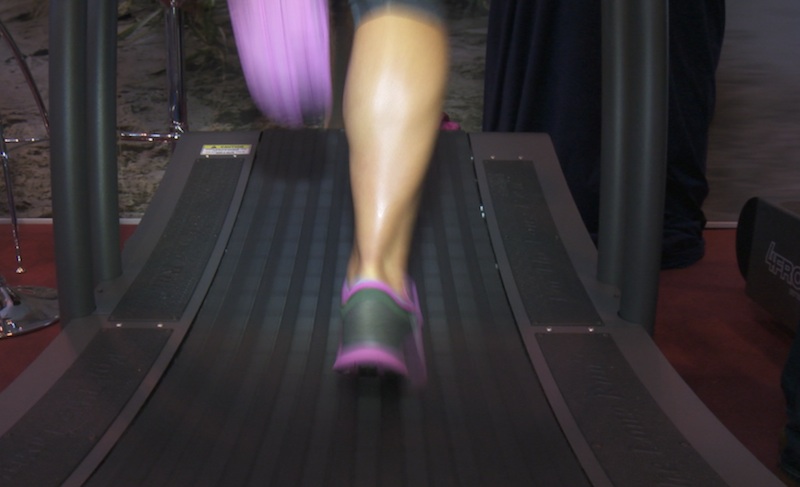 The Woodway Curve is already being used by professional sports teams, militaries, medical and rehabilitation centres around the world.

‘With a regular treadmill, you’re actually not working the entire leg because you’re not having to push pack to propel yourself forward which means your hamstrings are worked  less,’ Roberts explains.

‘With these new C-shaped powerless treadmills you have to be the power so you’re utilising more muscles, making the whole effect more like running outside,’ he says.

‘You need to claw the ground to get the belt moving which really works the hamstrings and butt much harder than regular treadmills. Plus, once you’re on it, you can’t just press a button to control the speed, you can only control the speed by working harder’, says Roberts. ‘And they’re eco-friendly.’