Why’s it time to go vegan? Because you’ll have better sex is one reason. Authors of 72 Reasons To Be Vegan, Gene Stone and Kathy Freston reveal five top reasons you should go vegan

In recent years, the number of vegans has skyrocketed.

But why? The majority of us know that being vegan will help the environment in some way or another but did you know it can directly benefit your life in so many ways, which you may not have thought of.

more than 500,000 participants signed up for Veganuary’s 2021 challenge

Whether for health reasons, climate change or animal welfare, vegan statistics prove that the plant-based population continues to grow.

Protein is crucial for building and repairing tissue and bones, producing essential enzymes and hormones, and countless other functions, but not all protein is created equal.

While plant protein is extremely healthy, animal protein is rife with problems including:

Protein from plants, on the other hand, is clean protein, and: 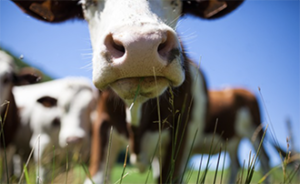 #2 Because we aren’t lions…

A lion stalks, pounces, and then gnashes into the back of a wounded animal’s neck until it dies.

The lion salivates at the carcass and then digs into her feast. Her jaws are so powerful they can crush bone, but like other carnivores, they only move up and down in a chomping way, which means she has to tear out chunks of flesh and swallow them whole.

She has extremely acidic digestive juices in her stomach that can kill any bacteria from the decaying flesh, and her short, smooth colon zips the waste quickly through her system as if it were a garbage chute.

These are the functions of an animal that is biologically designed to eat meat.

Humans, on the other hand, are repulsed by a dead, bloodied carcass.

We have soft fingernails and molars that grind by moving side to side as well as up and down so we can chew our fibrous food. We have weak stomach acid, meaning that raw, rotting meat can kill us.

Functions of an animal that is biologically designed to eat meat

And we have a very long windy, notched intestinal tract allowing for more time to break down fiber. Rotting meat can get stuck in the notches, allowing bacteria to flourish and make us sick.

Our physical and emotional systems are ideally suited for food grown in the ground or on trees and peacefully harvested.

#3 Because you want better sex

For both men and women!

For men, to become sexually aroused, you need excellent blood flow. When men become aroused, blood flows readily into the penis and engorges it, making it larger and stiffer. When blood flow is restricted, it tends to be restricted everywhere, whether it’s the heart or the penis.

And, just as blood flow is essential for a man’s erection, it also helps women to achieve sexual readiness via lubrication.

What’s one of the best ways to make sure that your blood is flowing? Eat the same plant-strong diet you would eat to heal your heart.

More and more medical evidence indicates that the saturated fat in animal foods clogs up the arteries going to all organs—including the penis and the vagina.

#4 Because you want to help the environment

A myriad of recent studies has shown that a plant-based diet is a great way to save the planet.  Here’s how:

Researchers at the University of Oxford found that cutting meat and dairy products from your diet could reduce an individual’s carbon footprint from food by up to 73 per cent.

Lead author Joseph Poore said: ‘A vegan diet is probably the single biggest way to reduce your impact on planet Earth, not just greenhouse gases, but global acidification, eutrophication, land use and water use’. 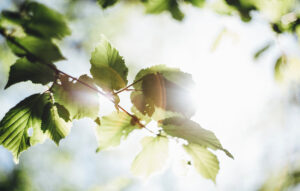 #5 Because you want to improve your athletic performance

One of the best benefits of a vegan diet is that it provides all of the nutrients your body needs for training and competition.

A whole-food, plant-based diet is high in complex carbohydrates, low in fat, and rich in vitamins, minerals, and antioxidants – thus it can support or improve your athletic performance.

Don’t believe it? Some of the world’s greatest athletes have gone vegan, and all of them attest that it has given them extra stamina, strength and the ability to compete – and win.

Authors Gene Stone & Kathy Freston of 72 Reasons To Be Vegan: Why Plant-Based. Why Now (£11.99) are two leading voices in the movement to eat a plant-based diet.

Their book describes the many ways being vegan can benefit you and the environment. The book helps explains what you are gaining not just want you are losing.