The pill is a popular contraceptive choice among women, but there are some unknown side effects says a gynaecologist, doctor and scientist. Taya Suleyman investigates

Women often have to put up with some horrendous side effects of the contraceptive pill, without even realising that it’s the pill causing those side effects.

Indeed, studies have shown that 78 per cent of women have experienced unwanted side effects from their contraception.

There are many other options for contraception other than the pill, including the vaginal ring, the contraceptive skin patch, hormone-releasing contraceptive coils, injections and implanted rods.

The contraceptive pill itself has many different types such as the mini pill which contains progesterone only, a combined pill that contains both progesterone and oestrogen – which comes as a tablet or a vaginal ring.

Pills contain either synthetic progesterone (called progestin) or a combination of oestrogen and progestin. The progesterone-only pill is called the minipill.

Other ways of taking progesterone for contraception are through what’s known as the injection (repeated every three months) or the implant which site just under the skin and is replaced every three years.

But we’re here to talk about the contraceptive pill and some side effects many women may not know about. Here’s what the experts had to say…

The pill – a gynaecologist’s opinion

Long term side effects caused by the progesterone-only pill in particular can include acne, access hair or scalp hair loss and with the combined pill you can experience weight gain, low libido and vaginal dryness.

If you are experiencing acne from taking the progesterone-only pill you may want to swap to the combined pill as it doesn’t cause acne.

There is a slightly higher risk of blood clots/thrombosis when talking the pill which is explained when advising women on contraception. We assess their risk factors before prescribing it and regular check-ups are important.

Also, once women come off the contraceptive pill it can take a year for their periods to return and women can begin to think they are infertile.

Why the gynaecologist thinks more people are ditching the pill…

People forget to take the pill consistently, so then it is not as reliable as contraception.

Other women don’t want to take hormones. I am finding a lot of women are turning to the coil for preference as it is very effective and convenient. 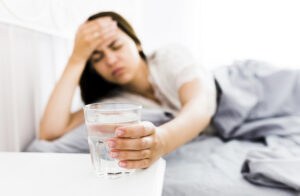 The pill – a scientist’s opinion

The synthetic hormones in the contraceptive pill may stimulate the growth of some types of cancer cells in the long term such as those found in breast, liver and cervical cancer.

However, on saying this some hormones can also reduce the risk of other types of cancers such as ovarian and endometrial cancer.

Oral contraception can similarly increase the risk of developing blood clots, which leads to strokes and heart attacks and has also been linked to alterations in blood glucose levels and insulin resistance.

The pill can also deplete the body of key nutrients

The contraceptive pill can also deplete the body of key nutrients including vitamins B2, B6, B12; vitamin C, vitamin E and folate. The latter being vital for foetal development during pregnancy.

It can also have a negative effect on the gut’s microbes and permeability which can lead to inflammatory bowel diseases.

Why the scientist thinks more people are ditching the pill…

People are starting to be more mindful of what they ingest and put on and in their bodies.

But the most common reason is due to a sense of decline in quality of life such as mood, energy levels and libido.

A recent study has now shown that women who were on the pill were 23 per cent more likely to go on antidepressants. 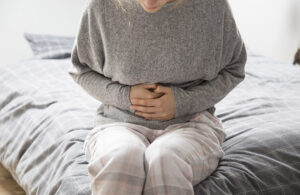 The pill – a doctor’ opinion  says…

Short term side effects can include headaches, mood change, breast pain and irregular bleeding for both the combined and progestogen-only pills.

The Lowdown findings show, of the 2,800 people who reviewed a pill found that 62 per cent of women who reviewed the contraceptive pill found it negatively impacted their mood, while 23 per cent reported no change, and 7 per cent found it has a positive effect.

One of the top benefits of taking the contraceptive pill is that it can help women regulate their bleeds. Indeed, 50 per cent of combined pill reviewers report it made their bleeds lighter, with 47 per cent of progestogen pill users saying it stopped their periods altogether.

The Lowdown has collected a range of data on the various physical side effects that women are reporting from their contraception:

Long term, each type of pill has different side effects. The long term risks of the combined pill are a very minimal increased risk of breast cancer and cervical cancer.

To put it into context, the increased risk of breast cancer due to the combined pill is actually less than the risk of drinking two or more units of alcohol per day or having a raised BMI over 30. The small increased risk of cervical cancer can be offset by making sure you attend for regular smears.

Neither the combined nor the progesterone-only pill have any long term negative effect on fertility.

However, the combined pill has many benefits in the long term. These vary from relieving both Premenstrual Syndrome and painful heavy periods – helping improve menopausal symptoms.

The combined pill can also treat gynaecological conditions including Polycystic Ovarian Syndrome and Endometriosis, and by doing so, helping to protect women’s fertility with these conditions.

The contraceptive pill can also give protection against ovarian, womb and colon cancer by reducing your risk of these in later life. 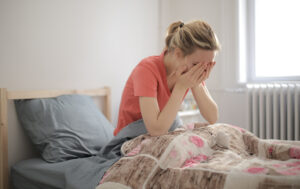 Why the doctor thinks more people are ditching the pill…

‘In the UK there has been a gradual trend away from the pill and towards long-acting reversible contraceptives over the last 10 years,’ says Alice Pelton, founder of The Lowdown.

‘The pandemic has changed that, with the pill becoming more popular again, as women have struggled to access the in-person care required to fit or remove methods like IUDs, implants and injections.

‘We’ve definitely noticed more and more women asking us questions about the pill, or sharing their experiences coming off other hormonal methods of contraception.’

– Alice Pelton and doctors from The Lowdown 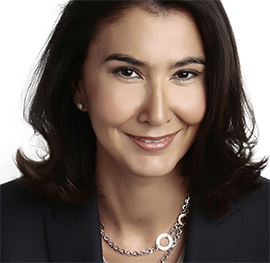 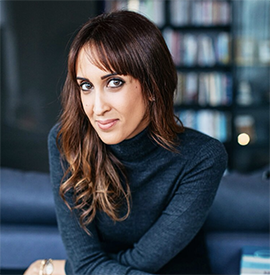 Dr Nauf Albendar is a medical scientist at the forefront of human health research.

She was also awarded Distinguished Honoree of the UN Millennium Development Goals: 2015. While also being the founder of The Womb Effect. 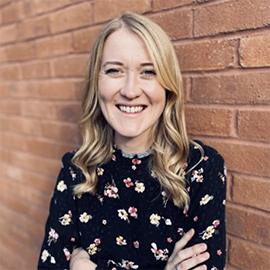 Alice Pelton is the founder of The Lowdown – the world’s first review platform for contraception.