Do you get heavy periods? Lucky for you, there are several quick fixes. Dr Paul Bulmer, a consultant gynaecologist at St George’s Hospital who specialises in treating women with heavy periods explains

Pain caused during a woman’s time of the month has been said to cost women around nine days of lost productivity each year, a study has found. Women are still going to work or school even though their period pain is causing them to feel unwell.

The study is the first of its kind, addressing a subject which scientists said still remains a taboo. Researchers in the Netherlands studies almost 33,000 women aged between 15 and 45. The women were asked to reveal the details of their menstrual cycle as well as the severity of their symptoms.

Results showed that the average period lasted five days and more than eight in ten women reported working or studying while suffering with pain or a mood disorder, admitting that they were less productive because of it. 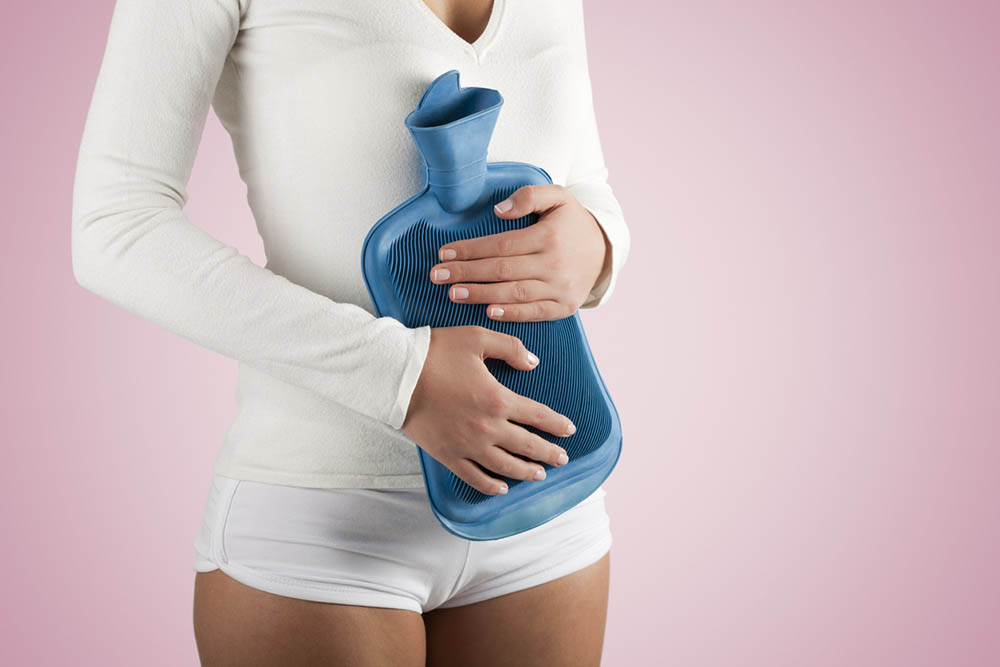 The findings, published in the British Medical Journal, also found debilitating symptoms force women to take sick leave for one day per year. Overall, women went into work when they were unwell an average of 23 days out of the working or study year at school.

Menstrual symptoms meant that nearly a third of the women had to visit their family doctor, and around one in seven had to see a gynaecologist. Around two thirds of women said they wished they had the option of flexible work or school hours when they are on their period.

Aunt Flo. Jam Sandwich. Granny pants week. These some of the 250 terms Brits have coined to describe menstrual cycles. And, if you think the taboo around women’s periods is lifting, new research suggests it’s certainly not changing fast enough.

In fact, many of us are still uncomfortable using the word ‘period’ in public, using instead the euphemistic ‘time of the month’ with an embarrassed mouthing of the words. Who still gets embarrassed buying tampons (or is that just me)?

We’re not alone. According to new figures, a third of us are still uncomfortable talking about periods. Meanwhile, 35 per cent of men and 20 per cent of women don’t even know where in the body period blood comes from.

Heavy periods – aka menorrhagia – are a treatable condition

According to Wear White Again, a staggering one in five British women – that’s 3.5 million of us – experience heavy periods.

A survey of 1,000 British women who have heavy periods carried out by Wear White Again found that half never speak to their GPs about the impact their heavy periods are having on their lives and the treatment options available.

The research also found that two thirds have no idea that heavy periods are a medical condition with plenty of viable, effective treatment options available on the NHS. Indeed, 49 per cent believe that enduring the misery of a heavy period month after month is ‘just part of being a woman’.

‘Some of the women I see in my clinic about heavy periods have put off going to the doctor for years’, says Dr Paul Bulmer, a consultant gynaecologist at St George’s Hospital who specialises in treating women with heavy periods.

‘Many believe there is nothing they can do except have a hysterectomy [an invasive procedure which involves removing the womb], so they just ‘get on with it’, suffering in silence – but that is just not the case. There is plenty that, as doctors, we can do for heavy periods’.

So what is a heavy period?

Doctors define heavy periods as any one or more of the following:

But the symptoms don’t end there. Anyone who gets heavy periods may also be familiar with other horrible physical symptoms such as anaemia, joint pain, headaches and even migraines. There are also emotional symptoms such as depression, moodiness, anxiety or a lack of confidence.

Some of the most common causes result from abnormalities with the tissue that grows in the womb, causing problems such as polyps and fibroids, which are non-cancerous growths that develop in or around the womb

Another abnormality is endometriosis, which occurs when small pieces of the womb lining are found outside the womb, causing painful, heavy periods.

Other causes include polycystic ovarian syndrome (PCOS), pelvic inflammatory disease (PID), cervical or endometrial polyps, an underactive thyroid (hypothyroidism), blood-clotting disorders, or very rarely cancer of the womb. That’s why seeing your GP is crucial as heavy periods may be a sign of another medical condition.

What treatments are available for heavy periods?

What’s important for you to know is that these guidelines focused on empowering women with choices. That means you should be told by your GP about the treatment options available, so that you can make an informed decision about what’s best for you.

Its important to discuss all treatment options with your GP to ensure you are fully aware of all potential risks associated.

Depending on your circumstances – such as whether or not you have finished your family and your specific symptoms – there may be several treatment options including the following:

These include tablets to help clot the blood in the womb or to reduce the production of a hormone-like substance called prostaglandin, which can lead to heavy periods. These can help to relieve period pain but are not a form of contraceptive.

Hormonal treatment, such as the contraceptive Pill or coil

These can be used to treat heavy periods, regulate your cycle and reduce period pain.

This is a quick, non-surgical procedure that removes the lining of the womb and can make periods lighter or stop them altogether. The procedure is quick and can also be performed awake in outpatients under local anaesthetic with patients usually able to go home the same day. It has been proven to stop you having periods altogether, or they may become lighter

This non-surgical procedure is for women whose heavy periods are caused by fibroids.During a local anaesthetic it blocks blood flow to the fibroids, causing them to shrink, so periods subsequently become light.  The procedure takesroughly 10 minutes;however, this may need to be repeated and– the downtime is about 1-2 days. It also carries potential risks to your fertility.

This is a surgical procedure that will remove fibroids.  This procedure won’t affect your fertility, so may be considered if you wish to still have childrenA myomectomy isn’t suitable for all types of fibroid, therefore its more to talk to your GP to discuss all treatment options. You’ll also be advised to recover for several weeks following the procedure.

This is a major surgical procedure, with longer recovery time – usually around 4-8weeks – in which the womb is removed.

Talk to your GP

While 20 per cent of women experience heavy periods, only half ever speak to their doctors about it.

What’s more, 59% of women say they would be uncomfortable discussing odour, 41% clotting, 42% colour and 27% flow, which ironically are all the symptoms you should be tracking if you are considering going to speak to your doctor about periods – never mind heavy periods – according to the Wear White Again research.

In fact, its recommended that keeping a period diary for a few months can help your GP get a picture of your specific symptoms so you can work with him/her to figure out what is best for you.

What your period says about your health