‘Both my parents have tinnitus’

Tinnitus affects some six million Brits – but what’s it really like? Reporter Ellen Dowd knows a bit about that – both her dad and stepmother have it

Do you know anyone who suffers or has suffered from tinnitus? According to the British Tinnitus Association (BTA) about 30% of people will experience tinnitus at some point in their lives.

Or maybe you have been to a concert or night club and stood too close to the speakers, only to then get home to your quiet bedroom and hear a ringing in your ears?

Loud music or loud sounds are what most people think of when considering tinnitus causes. For some though, tinnitus doesn’t go away like it gradually does after listening to loud music. 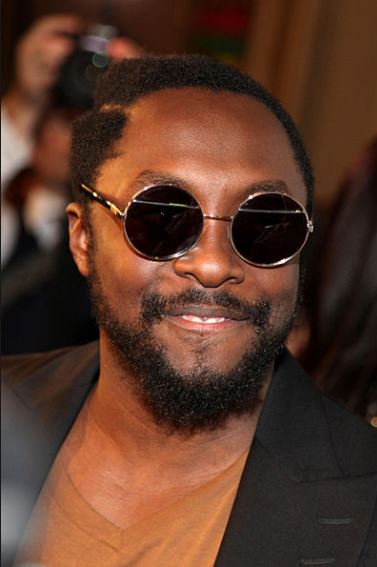 Celebrities have spoken publicly about how tinnitus affects them. Will.i.am, Chris Martin and Bono are just three famous musicians who have tinnitus.

Ringing in the ears is one of the most noticeable symptoms but Will.i.am revealed that he hears a beeping sound. ‘There’s always a beep there every day, all day, Like now. I don’t know exactly how long I’ve had this, but it’s gradually getting worse,’ he told The Sun.

He continued, ‘I don’t know what silence sounds like anymore. Music is the only thing which eases my pain’.

The NHS says that tinnitus symptoms can take on a range of different sounds such as, ringing, buzzing, whooshing, humming, clicking, hissing, beeping or throbbing.

Someone who knows the symptoms and affects of tinnitus all too well is Ellen Dowd, both her father and stepmother suffer from the condition.

As I lay in bed and closed my eyes all I could hear was the high-pitched screeching. It was an all to familiar ringing that I hoped would disappear. I squeezed my eyes tighter tossing and turning in my bed, hoping the noise would go away.

Morning finally broke and I awoke to banging doors and bodies shuffling in the hallway. The effects of the tinnitus had left no trace. There was no ringing, no high-pitched whining and my heart jumped with relief.

My parents on the other hand are not so lucky. They are part of the ten percent of people that must live with the effects of tinnitus on a more permanent basis.

My stepmother, Jacqui 55, has had tinnitus for five years. She says it comes and it goes but the worst thing is you never know when it’ll flare up. You never know how long it’ll last, how loud it will be or the length of time it will stick around.

I don’t let it stop me, she says, I just keep going about my day, doing the household chores, the shopping and my mind focuses on something else. After a while I forget it’s there.

I have been known to have panic attacks in the early hours when the level of white noise gets so loud I waken, but there is no escape from the noise.

During the day it’s OK. You have voices on the TV, music playing on the radio eventually the high squeals are drowned out by a multitude of sounds. But when night descends and the darkness creeps in, the nightmares really begin.

She lies in bed, earplugs at the ready. All goes quiet as she places her ear plugs into her ears, closes her eyes and settles down to sleep. A faint shushing soon arises, the frequency increases until it becomes a terrible screech in your head. Its the ear plugs, they may block out the noise from the room but the silence makes the tinnitus worse. But, she has no choice my dad is a loud snorer. Something I am all too familiar with as I sleep in the room next door. What can she do but grin and bear it?

For my dad, Brendan also 55, it’s different. It can be so severe that it becomes frightening, and all you want to do is run away from the noise.

‘Night time is the worst,’ he says. ‘Once the bedroom light goes out and you settle down to try and sleep, that’s when the level of background noise comes to the fore. I have been known to have panic attacks in the early hours when the level of white noise, whistles, pops and bangs get so loud I waken, but there is no escape from the noise.’

He recalled the first time it happened. It was about four o’clock in the morning ‘I awoke to a loud noise that sounded like drilling. I thought it was the workmen outside on the street but when I looked over at the time, I knew it was too early.’ A panic washed over him as the noises got louder. There was nothing that could be done and nowhere he could go.

That was eight years ago and still Brendan suffers from tinnitus. At night it haunts him and when he gets ill it worsens due to blocked sinuses. The tinnitus also causes Brendan to suffer from lack of sleep, leaving him to feel exhausted most days. 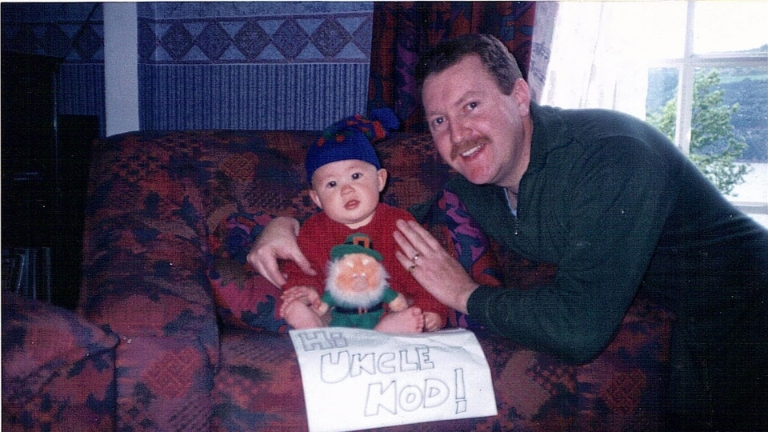 Ellen and her father, Brendan. Inverness, 1994

The cause of my dad’s tinnitus is unknown, it could be wear and tear but 18 years ago he was in a near fatal motorcycle accident which left him partially deaf.

Research carried out by the British Tinnitus Association (BTA) has suggested that those with hearing loss will more likely develop the condition.

Now he has a bone anchored hearing aid (this is where they drill a hearing aid into your head – pretty graphic stuff) but unfortunately it does not help with the tinnitus.

Instead he uses the radio at night when it gets bad, but he also takes CBD oil (Cannabidiol) to help him relax. ‘I’ve been using CBD for at least six months now, it may not affect the tinnitus, but it helps me sleep, and more sleep helps my mood.’

When I visit my parents, I know they put on a brave face because most of the time I wouldn’t know if they were in discomfort. Quite often, if they had a bad night, they’ll be tired and not want to go anywhere. In some cases, they may even avoid crowded areas because it just gets too much.

Having tinnitus and going through the condition together, means they can sympathise with each other when things get tough. They have support but most importantly, they are not alone.

As stated by the British Tinnitus Association about 30% of people will experience tinnitus at some point in their lives.

The effects of tinnitus is often defined as a ‘ringing’ in the ears, or hearing a consistent sound that is internal, rather external. It may sound like it is in the middle of your head, or a noise coming from outside.

For some people it can be continuous, or the sound can come and go, both of which are common. Many people can suffer from it but only a small percentage are severely affected by it.

The causes are unknown, but it is not identified as an illness or a disease. Instead ‘it is a symptom generated within a person’s own auditory pathways. Although it is often assumed that tinnitus occurs as a result of disease of the ears, this is not often the case,’ says the BTA.

Often people think that tinnitus is caused by exposure to loud music. Whilst loud music can damage the hair cells in your inner ear, it is not the sole cause. This may explain why many musicians and big names such as Will.i.am, Chris Martin, Mark Ronson and Gerard Butler have admitted to having the condition.

It can, however, be caused or triggered by various other conditions such as hearing loss, ear infections, colds, or flu, a wax build-up, Ménière’s Disease, glue ear and a perforated eardrum.

What is the treatment?

Tinnitus can be caused by ‘wear and tear as we age, and is sometimes connected to age-related hearing loss,’ says Nic Wray, a communications manager at the British Tinnitus Association (BTA). According to Wray, ‘almost one third of report of having suicidal thoughts because of their tinnitus.’

Research by BTA has also ‘found that 61 percent of those living with the condition feel isolated.’ What many people may not realise is that this condition can be quite severe. It can affect your sleep, your mood and your overall well-being.

‘It affects 60 percent of people’s sleep,’ says Wray and as most research suggests that sleep is paramount for day to day functioning.

There is no cure for tinnitus, but research is always ongoing in the hope of finding a solution. In the meantime there are several treatments that can help those suffering from tinnitus:

For more information on tinnitus head to www.tinnitus.org.uk or you can call the helpline on 0800 018 0527

3 sleep tips this TV doctor wants you to try

6 Celebrities you didn’t know had OCD

The PMS fix proven by science