The Tottenham players in the England Football team use the plant yerba mate to help their performance.  Nutritionist Rick Hay brings you the super nutrients proven to help you to perform better and burn fat

Professional footballer Eric Dier has revealed that England’s Tottenham players are all drinking the herb-infused tea called mate. Mate (pronounced as ‘ma-teh’), is similar to loose leaf tea, but made with ground up leaves from a holly plant called ‘yerba mate’.

‘At Tottenham quite a lot of the players have started drinking it,’ Dier said. ‘I am a bit addicted to it now’.

Dier states, ‘With Tottenham, we have a lot of Argentinians so I started drinking it with them and now the English players are trying to pretend to be South Americans.’ 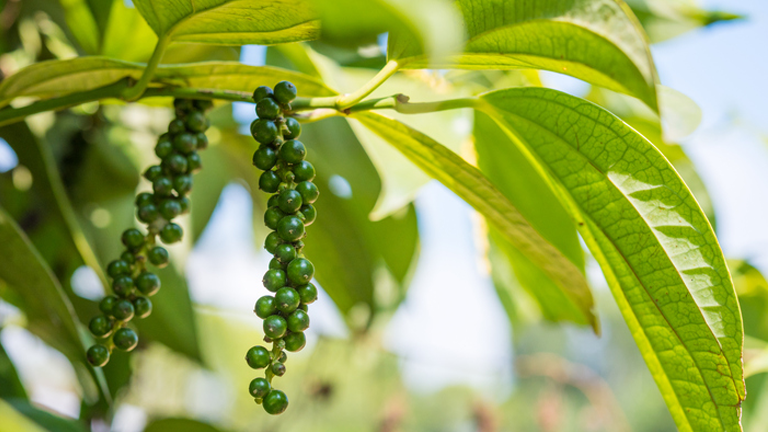 ‘Yerba mate works on hormone levels and blood sugar to help balance out cravings and studies have shown it could have an anti-obesity effect,’ says Hay.

Research done in 2012 and published in the journal Laboratory Animal Research found that this South American plant could lower fat levels in the blood of mice fed a high fat diet.

It was also found that it could reduce levels of leptin, the hormone that signals hunger, often called ‘the obesity hormone.’ ‘When it comes to metabolism and weight loss, Yerba Mate is extremely beneficial,’ says Hay. You can take it as powder or tea. (Try also: Teapigs Yerba mate tea).

Why would pro footballers benefit from it?

‘Yerba mate is used for both mental and physical energy and fat burning ,’ says Hay. ‘Being high in polyphenols, saponins and antioxidants it also helps with mood and immunity.

‘It contains theobromine, which is a compound that provides a natural life, without the crash you get from caffeine.

Yerba Mate also contains chlorophyll for energy as well as iron and magnesium to help with that boost too, Hay asserts. ‘It also contains selenium and zinc to boost immunity which is good for people exercising long-term’.

Its bitter quality makes Yerba Mate a good liver tonic and potential fat burner and the saponins it contains help with fat oxidisation (it is also reportedly an appetite suppressant).

Full to the brim of health benefits, Yerba mate is one of the key ingredients found in Healthista’s Body Food.
MORE: Need a protein powder for weight loss? These are the ingredients to look for 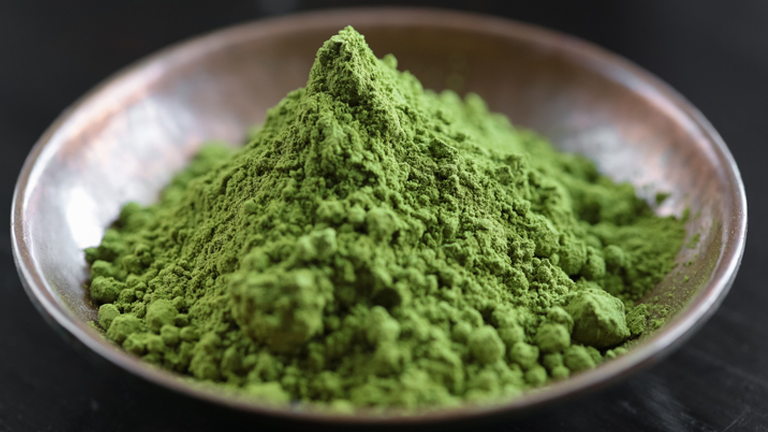 ‘One of the most highly researched fat burners is green tea,’ says Hay. Scientific studies show that drinking up to five cups of green tea a day can increase daily metabolism.’

Matcha is a powdered version of green tea that is covered in shade cloths before it’s harvested bringing you a more potent version of the metabolism-boosting brew.

In one study, done in 2014 at Penn State University, mice on a high-fat diet that consumed green tea extract and exercised regularly experienced sharp reductions in final body weight and significant improvements in health.

The mice on the green-tea-extract-and-exercise regimen also experienced a 17 percent reduction in fasting blood glucose level, a 65 percent decrease in plasma insulin level and reduction in insulin resistance of 65 percent – all substantial improvements related to diabetic health. Not bad for a humble cup of tea or five, right? 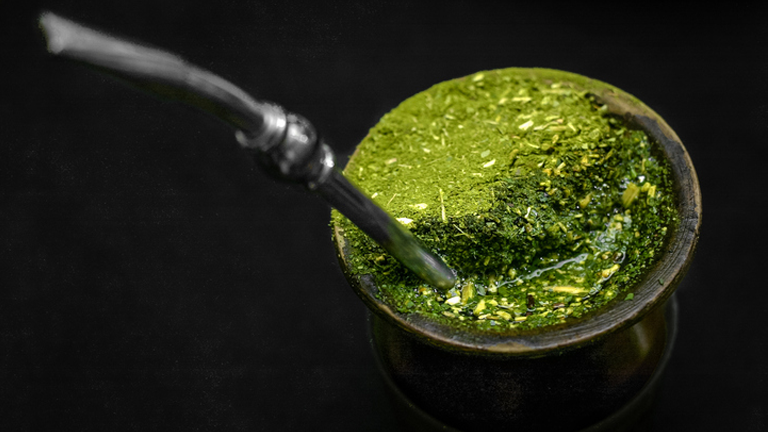 Yerba mate is a superfood which can boost your energy levels

The unroasted extract from the coffee plant, aka Green Coffee Extract (GCE) has been shown to help arrest the absorption of glucose in the intestine.

A study published in 2011 in Gastroenterology Research and Practice said evidence was promising for the extract’s anti-obesity effect and more trials would confirm this.   Chlorogenic Acid is believed to be the main active ingredient in green coffee beans and the  substance that produces the weight loss effects.

Unfortunately, straight up increasing your Pret habit won’t have the same effect as most of the chlorogenic acid is removed when the coffee is roasted.

‘Black pepper fruit is a thermogenic spice which means it helps heat the body to burn fat and can also assist with the absorption of other nutrients helping focus and performance,’ says Hay.

A study from 2011 done on mice found that those fed a high-fat diet still lost weight when they were given supplements of black pepper. Further research in 2012 published in the Journal of Agricultural and food Chemistry uncovered the way the spice might work for weight loss – by blocking the formation of new fat cells. 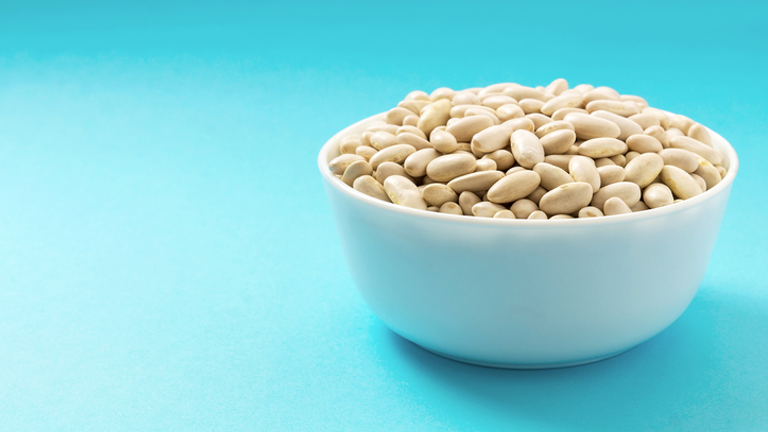 ‘There’s a lot of research coming out about the fact that while kidney bean blocks carbohydrate absorption,’ says Hay. Taking white bean extract supplements 15 minutes before each meal led to a reduction in both weight and waist circumference compared to taking a placebo in a study published in The Journal of Applied Research in 2010. A few other studies have shown similar results. 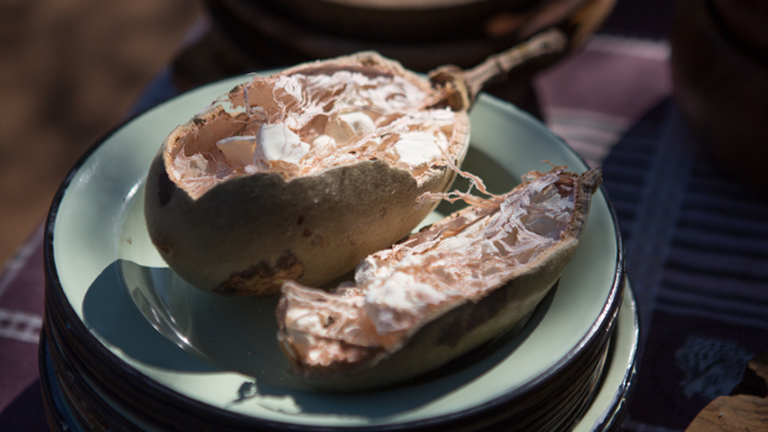 Baobab is rich in vitamin C

Actually a native Peruvian vegetable traditionally used as an aphrodisiac, Maca has also been shown to help endurance, which could benefit dieters who are exercising (which we hope, is all of you).

In fact, one study showed it increased sexual desire and performance in male cyclists!

If you’re post-menopausal there’s a chance maca could prevent weight gain. A 2009 study published in the Journal of Hygiene Research that investigated the potential of maca to reduce body fat in post-menopausal female rats that had their ovaries taken out found that the rats gained less weight when supplemented with maca.

In terms of athletic performance enhancers, beetroot has been hugely hyped in the last five years.

The juice is used by Olympians pre- and post- exercise for both performance enhancing and muscle recovery benefits, thanks to a high proportion of its active ingredient, nitrate.

Beet juice’s effects have been the subject of a series of studies by Andrew Jones of the University of Exeter in Britain who found that after taking it, athletes’ muscles were working more efficiently.

They’re a pretty humble – and tasty – fruit. But research has suggested that cherry juice could help reduce fat around the middle.

A study published in 2009 in the Journal of Medicinal Food fed tart cherries to a group of rats on a high-fat diet.

The researchers looked for changes in weight, inflammation and blood fats in one group compared to rats eating a high-fat diet without cherries in another group.

There was an association between tart cherry consumption and reduced body fat, especially belly fat, in the cherry-juice drinking group.

Baobab is an African superfruit that contains three times as much vitamin C as an orange. Vitamin C not only helps with hair, skin and nails but also immunity and good immune function is important if you’ll be training, exercising or for any fitness or weight loss regime.

It’s also been shown to help keep blood sugar stable. Scientists at the Oxford Brookes University’s Functional Food Centre published a study in 2013 in the journal Nutrition using healthy human volunteers, and measuring the rate of starch and sugar breakdown in their blood supply after they had eaten the baobab extract.

The researchers found that the baobab fruit extract significantly reduced the rate at which sugar was released into the blood supply of the volunteers post-digestion.

While further studies are needed, this early evidence suggests that baobab may help with the blood sugar fluctuations that can often leave dieters craving and reaching for sugary, processed foods that could sabotage their diets. 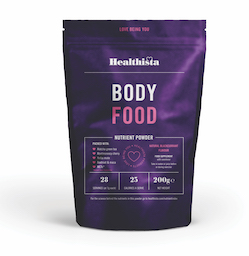 All of the above ingredients are found in Healthista’s new Body Food £18.95 supplement available to buy here.

MORE: Need a protein powder for weight loss? These are the 6 ingredients to look for

Rick Hay is an Anti-Ageing and Fitness Nutritionist with many years clinical experience in nutrition, naturopathy, botanical medicine and iridology. He specializes in obesity treatment and weight management. He writes a regular Natural Health and Fitness Blog for Healthista. Find out more at rickhay.co.uk. Follow Rick@nutritiomalphys