Why reishi mushrooms are the new superfood of the moment

Mushrooms are becoming increasingly popular as a new superfood and Gwyneth Paltrow recently claimed reishi mushrooms were her new brain medicine. But what’s really behind the trend? Anna Magee reports

Mention medicinal mushrooms and most people think of the hallucinogenic variety. But the new ‘shroom trend taking hold is now about the wellbeing effects of consuming mushrooms minus the acid-trip.   Not quite magic, the purported benefits of mushrooms span everything immune-boosting to cholesterol lowering.

While mushrooms have been used in Chinese and Japanese cultures medicinally for centuries (and the latter are among the world’s longest lived people), the last few years have seen an explosion in popularity in taking mushrooms for their health benefits. For example, tea made from the chaga mushroom variety is now growing in popularity (it’s blacker-than-black colour can make a talking point over a strong cuppa) while shiitake is known for its skin-health promoting properties and maitake mushrooms for their metabolism enhancing effects. 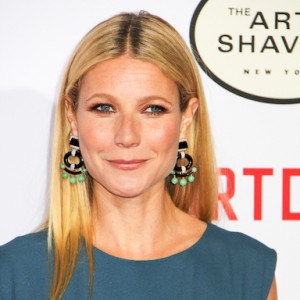 Singer Katy Perry even claimed mushrooms helped her lose weight while Gwyneth Paltrow (left) has called them they’re her new brain medicine.  Paltrow’s comment was about the reishi mushroom variety (also known as Ganoderma lucidum) often referred to as the ‘queen of mushrooms’ in Japan and China because of the wide-ranging effects its believed to have on the mind and body.

What are reishi mushrooms?

Grown on logs, reishi mushrooms come in red or dark-coloured hues with shiny tops. It’s the extremely rare red variety that is believed to come with the most benefits, growing on oak and plum trees. Referred to as  in Traditional Chinese Medicine as the ‘plant of immortality’ it’s traditionally used to treat high blood pressure, fatigue and arthritis and in Chinese medical texts is recommended for palpitations, insomnia and to ‘ease the mind’. 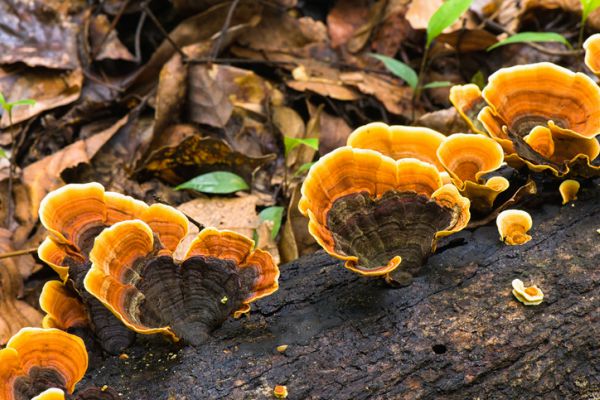 ‘Red reishi mushrooms are antioxidant rich and contain phytonutrients, vitamins, minerals and anzymes that help with so many body systems,’ says nutritionist Rick Hay, a lecturer in weight management at the London School of Naturopathic Medicine. ‘They’re particularly notable for their ability to help with immune function.’ This could be thanks to compounds called polysaccharides and glycoproteins that may stimulate white blood cells (see below). In TCM, they’re also used to strengthen the spleen, an organ that is essential to immunity. One study published in the Journal of Medicinal Mushrooms found that supplementing with reishi mushrooms helped the antibacterial action of antibiotics and another 2014 paper found it could significantly help with speeding up the wound healing process.

Red reishi contains substances called triterpenes found in plants that have been shown to be helpful in helping reduce cholesterol as well as immunity. ‘Red reishi also contains polysaccharides called beta glucans which have been shown to have cholesterol-lowering effects,’ further explains Hay.  While most studies, such as this one on the mushroom’s cholesterol lowering benefits, have been on rodents, according to Hay, its use traditionally for over 4000 years suggests longstanding effectiveness.

Meanwhile, TCM has prescribed reishi for centuries for those with insomnia and modern science suggests it may help with this too. Reishi mushrooms are believed to have an ‘adaptogenic’ effect on the body, says Hay. ‘This means they can help balance the body’s systems and could assist people better manage their stress, anxiety and depression’. In a 2012 study on breast cancer patients, those receiving reishi saw reduced anxiety and depression while those that weren’t taking it did not. 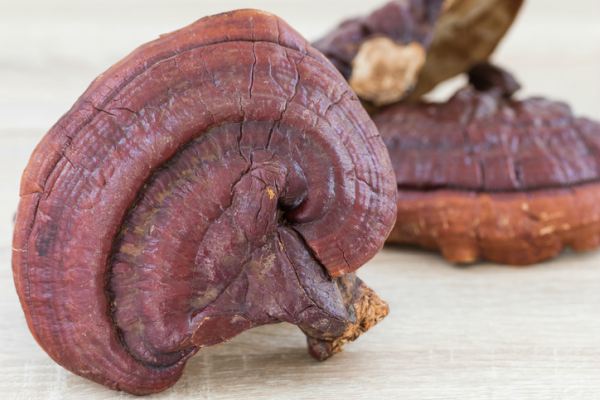 Because of their purported effects on the immune system, mushrooms have been studied medicinally for their effects on cancer modulation.  According to Cancer Research UK (CRUK), research has looked in recent years into different types of mushroom and mushroom extracts or compounds and right now, there is no solid evidence of its effects on cancer.

However, some research suggests it may help people undergoing cancer treatment. In 2000, a report published by CRUK and the University of Strathclyde looked at different types of mushrooms and cancer. The review found some Japanese studies that used a particular type of exotic mushroom extract a week before people started cancer treatment. The extract appeared to reduce the side effects of both chemotherapy and radiotherapy, including sickness and hair loss. An evidence based review reporting on  five randomised clinical trials found some evidence that those treated with reishi mushroom supplements alongside their chemotherapy or radiotherapy were more likely to respond well to treatment than those on the medical treatments alone. ‘The effects could be thanks to the mushrooms’ effects on the production of white blood cells,’ says Hay. In one of the studies examined in the review, the quality of life of 65 per cent of lung cancer patients on the reishi supplement improved. 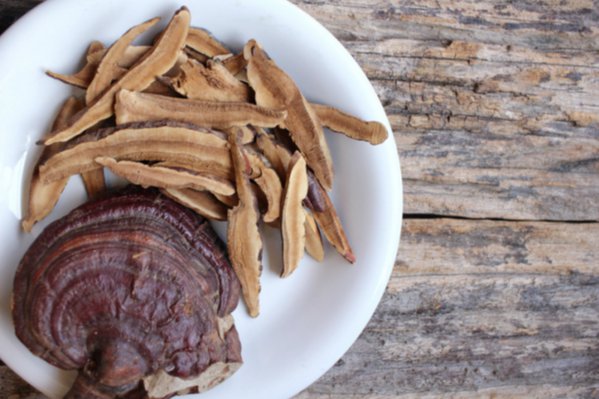 How to get it

Simply eating more mushrooms won’t quite cut it as the benefits are associated with specific types of medicinal mushrooms, especially red reishi.  Unfortunately, most medicinal mushrooms (including these) taste either not-so-good or downright gross. Plus, you would have to take a hell of a lot as tea, or food to get the benefits, not to mention not knowing what kind of quality you’re getting. That’s why Hay recommends taking a supplement of 200mg daily for general health and for more serious conditions, more. 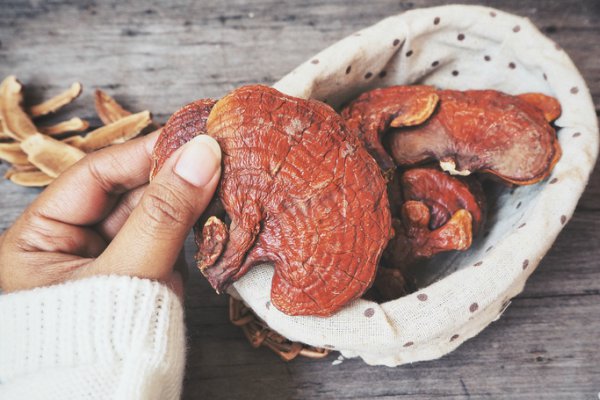 Finding the right one 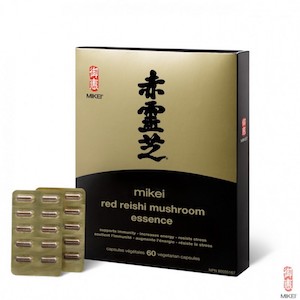 Mushroom supplements are not all created qual, thanks to production methods that vary and may not comply with standards to ensure you’re getting as much nutrient for your buck as you could.  We like Mikei Red Reishi Essence (£47.99 for 30 capsules) as a brand to trust. In 1976, the Mayuzami family who had been cultivating reishi for centuries patented a superior and rare red reishi strain and now works with the Japan Reishi Association (JRA) to maintain a JRA Hologram stamp on each box to snare the highest quality safety and safety.

For a chance to win a three month supply of Mikei Red Reishi Essence (worth nearly £150), simply fill in your details below and tweet a link to this story with the hashtag #winreishi. Good luck!

Winner will be selected and notified via email after August 7th 2017. Open to UK residents only. No cash or prize alternative.

9 superfoods your skin needs this spring

Looking for a protein powder for weight loss? These are the six ingredients to look for