What is Ubuntu? Desmond Tutu’s granddaughter explains the South African culture of connection

Prince Harry and Meghan Markle are fans of ubuntu, and we think it will be the hygge of 2020. Archbishop Desmond Tutu’s granddaughter, Mungi Ngomane, has just released a book about the South African principle. Here’s what you need to know

I am South African by heritage. With that heritage comes the concept of ubuntu, the guiding principle I was raised by that speaks of the way we should each be in the world.

Ubuntu is most often described through the saying: “I am only because you are.” It is the idea that we are all interconnected through our common humanity.

My new book, Everyday Ubuntu: Living Better Together, The African Way (£9.28 from Amazon), explores the 14 lessons of ubuntu and how they can be used practically in our lives, something I’ve always tried to do with my own life.

Here’s seven of its key principles…

Choose to see the wider perspective

Growing up in South Africa as a young child, the ubuntu spirit was all around. Nelson Mandela became the first black and democratically elected president as I turned two. South Africa was transitioning from an apartheid state to a democracy – the ‘Rainbow Nation’, a phrase coined by my grandfather Archbishop Desmond Tutu – and managing to transition with less bloodshed than the world had expected.

This was in part because its new leaders were pioneering modern day restorative justice with the creation of the Truth and Reconciliation Commission, a forum where all South Africans could go and tell their own story of living under apartheid, blacks and whites alike.

As a nation they had chosen to see the wider perspective. To move forward they had to allow everyone to share their stories, good and bad, so that they all felt a part of the new nation that was being built. They had to see other people’s experiences as part of their own.

Have dignity and respect for yourself and others

Even when my family moved back to the United States and experienced the liberation and freedom of an established democracy, in our home my mum attempted to have us live as African children live, guided by ubuntu. We were expected to show respect for our elders – in South Africa we were not allowed to call adults by their first name, we had to give them a title.

In the U.S. my siblings and I were often asked how it was we had so many aunts and uncles, the titles we regularly bestowed upon the adults in our lives. These were family friends and others in a position to influence and guide us, our wider family. To this day I still find it odd to call my friends’ parents by their first names – I often come up with nicknames for them instead.

Learn to listen so you can hear

And it didn’t stop with our elders but extended to strangers as well. It meant that before I left to serve food to the homeless for the first time, my mother told me that when I returned she wanted me to be able to tell her a name and a story about someone I had served. 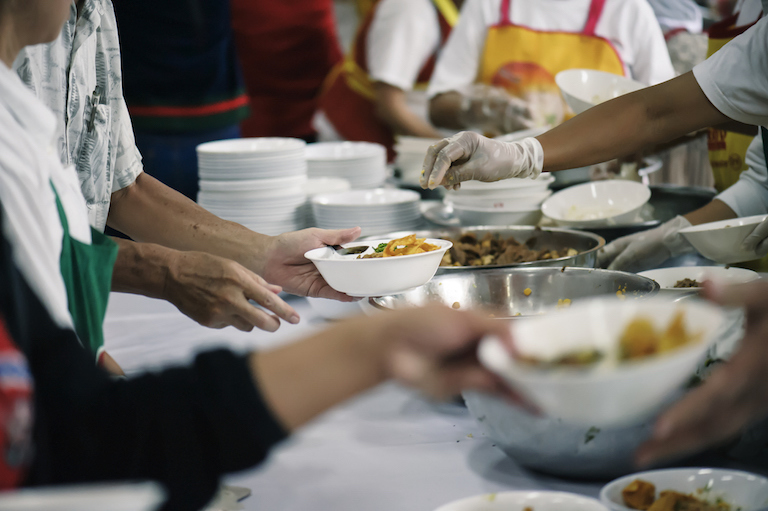 So often it’s possible to see people experiencing homelessness as their label, “homeless”, rather than as human. When we take the time to show people dignity and listen to their stories, we learn so much.

This sentiment held true in what my mother expected of the relationship I had with my siblings. She stressed that it was all about respect, even when we were arguing and fighting. We had to recognise that the other person had a story – albeit one we may not agree with – but one we had to listen to in the hope of resolving our conflict.

I consider myself lucky that growing up I was part of a family which valued ubuntu and, even though everyone is different, each person embodies it in their own way.

I was once scolded by a family member for this answer but, at its core, it’s the only true response. Having my grandfather is, I imagine, the same for me as for anyone else who has a grandfather. I can’t pretend that there aren’t definite perks to his being high profile and much admired around the world – being in the presence of prominent activists is top of the list – and that makes my experience to some extent different.

But it is also the same; he’s just my grandfather. And with every positive comes a negative; it was sometimes hard to make it through family meals in public without being interrupted with requests from admirers for pictures or a brief conversation. These appeals take their toll as my grandfather ages, even though he is an extreme extrovert.

See yourself in other people

This love for strangers and his devotion to the oppressed is another way I learned about ubuntu.

It was difficult for me as a small child to understand the intricacies of the Truth and Reconciliation Commission, but easy to understand the admiration for my grandfather that strangers have always shown. It may have taken me years to grasp that not every grandfather is famous, and stopped on the street, but it did not take me long to grasp that South Africans have a special place in their heart for mine. 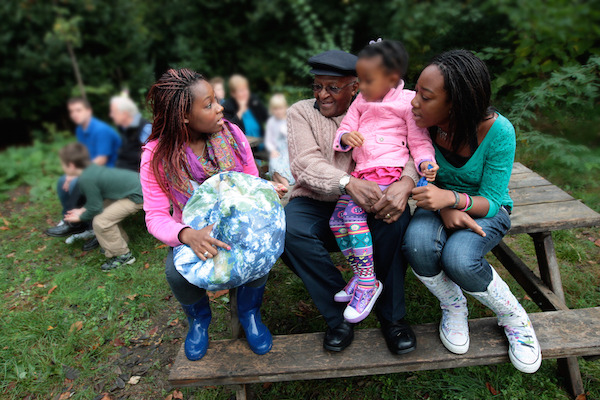 And there is a reason for that. He was always adamant that peaceful resistance was the best method to overcome the apartheid government. A non-violent transition was the only way forward. He saw himself in his fellow South Africans and had the highest hopes for them and his country. Seeing ourselves in others often helps us to make decisions and act in a manner that is more empathetic and compassionate, an approach that displays ubuntu.

We all benefit when we seek out ways to connect

I didn’t grow up feeling forced to acknowledge or embrace the philosophy of ubuntu but, rather, it was as though it was in my genes. Ubuntu is a daily challenge to ourselves to be better, to do better, to live better. If a list of ways to improve yourself is now running furiously through your mind – more exercise, more listening, more activism – all of these are a part of ubuntu.

And embracing ubuntu is difficult. There is so much happening in the day-to-day that most of the time we just crawl into bed at night, exhausted.

How can we find the time to incorporate this foreign philosophy into our busy lives? 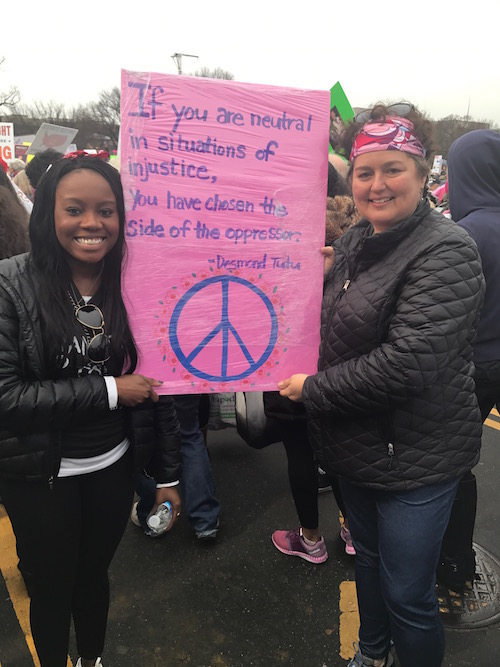 But that’s exactly it: ubuntu isn’t about convenience, it’s a challenge you should be willing to take on. It’s about our shared human experience and each of us doing our part to remember that everyone we come into contact with has an impact on our life, and vice versa.

Ubuntu is about our collective humanity and this collective spirit is prevalent on the African continent but is less visible in the West.

Individualism and exceptionalism rule the day in western culture and when we focus only on these parts of life it is hard to see the strength that lies in our unity. It is not bad to be self-sufficient at times, but we must remember that no one is self-made.

Think of all the great movements and marches that have been successful in history. One person may have led them but they were only successful because of all the people who joined the effort. Unity and connection are what make us human.

Ubuntu is a challenge we need to face together.

Seek out ways to connect

My grandfather and mother like to say, “Umuntu ngumuntu ngabantu”, which translated into English means: “A person is a person through other persons.” Our experiences may be different but we are all struggling in one way or another, and seeking out connections with others makes pain a little bit easier to handle.

Aged 12, I moved back to South Africa for six months and in the first few weeks at my new school I felt very out of place. But there was a girl who seemed even more out of place than me so one day I decided to befriend her. After spending some time building a relationship and getting to know her, I learned that she was also new at our school because she had recently lost her parents and had had to move in with a family member. 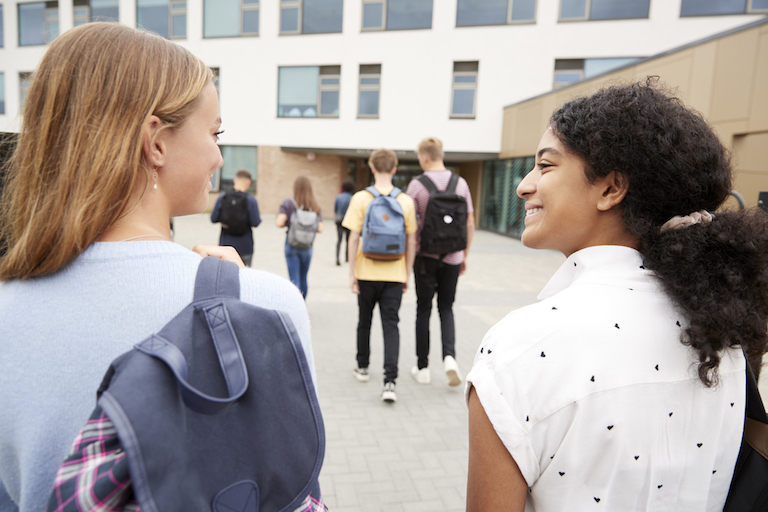 In my discomfort, I had reached out to someone who seemed uncomfortable too and made a new friend who had been struggling, though no one had really been able to tell from the outside. Sometimes people give us signs that they are in pain but in our own inevitable self-centredness we miss the signs or chose to ignore them.

Being able to share the message of ubuntu genuinely makes me happy. It’s a message that is much easier to remember than the hard commandments, conflicting mantras and trite quotes which litter our social media. It’s much more than just treating people well, it’s about recognising the true worth of every human being, you included.

There are just over three months left in 2019 so don’t wait until 2020 to start thinking about ubuntu. My grandfather once said: “Do your little bit of good where you are, it’s those little bits of good put together that overwhelm the world”.

Choose a lesson that speaks to you and act on it! 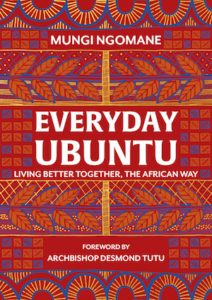 Mungi Ngomane is the granddaughter of Archbishop Desmond Tutu and patron of the Tutu Foundation UK. She has worked in Middle East conflict resolution and for the advancement of women and girls for some of the world’s foremost advocacy organisations and initiatives. She was recently campaign coordinator for ‘Millions of Conversations’, a national and bipartisan campaign aimed at tackling Islamophoba and discrimination in the US.

Mungi has a Master’s in International Studies and Diplomacy from the School of Oriental and African Studies at the University of London. She lives in the US.

Tired All the Time? 7 signs you need an energy makeover

How yoga helped me overcome bulimia

9 meningitis symptoms in teens every parent needs to know 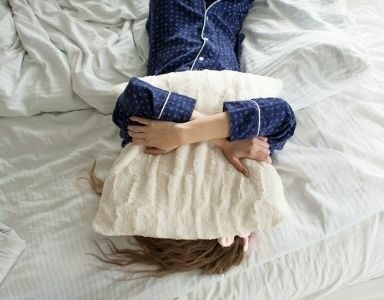