How to get over a breakup like a boss

New research has found that a broken heart can actually kill you. Healthista turned to hypnotherapists Zoë Clews and Paul Gibson to get their top tips for getting over a breakup

It’s confirmed. Not only does a broken heart make you miserable, it can physically damage your body.

A study at Rice University revealed that people who had recently lost a loved one had significantly higher levels of bodily inflammation than those who had not, which can have detrimental effects on the body.

So what’s the best way to deal with it? We spoke to hypnotherapists Zoë Clews and Paul Gibosn to get their advice on handling a break up like a boss.

Turns out, crying into a tub of ice cream whilst stalking you ex- on Instagram may not be the most useful way forward…

Everyone remembers the time someone broke up with them. It’s an experience unlike any other we’ll ever have because for most of us, it’s the moment when we get swamped by the onrush of white-hot emotions that we’ve barely encountered before.

Rejection, shame and embarrassment are the primary ones. Then come their close cousins – denial, despair and pain. If we’re lucky, acceptance and circumspection will eventually arrive and allow us to move on.

If you  use this time as a springboard to a much better relationship with yourself, the truth is that you will absolutely attract a much better partner next time

What your first break-up also teaches you, though, is that it’s probably going to happen to you again. And again. And again. Sometimes, you’ll do the breaking up. Sometimes you’ll be on the receiving end. But whether you’re 14 or 44, it’s a brutal experience.

And for some of us, getting up, dusting ourselves down and moving on is nigh on impossible.

This harsh emotional landscape isn’t the sole preserve of women, no matter what the movies might have you believe. As hypnotherapists, it’s very common for us to treat both women and men who feel wounding and heartache at the end of a relationship.

There are no rules and regulations around how you’re supposed to feel, either. Sometimes a relationship has simply come to an end and someone needs support to heal and move on. In other cases, the person we see has been on end of abusive or toxic behaviour and their self-esteem has been dismantled.

For the person mourning the end of a relationship, we’ll provide the right support through hypnosis to negotiate with the subconscious and allow space to grieve – knowing it was right for the relationship to end doesn’t mean it hurts any less.

But we also make sure we clear up the emotional flotsam and jetsam that a breakup can bring. How many of us have walked away from a love affair believing we’re worthless, unlovable or forever destined to be alone?

These, and other similarly negative beliefs, are the sticks with which we beat ourselves for what we perceive to be our own failure. And frankly, the end of a relationship is painful enough without going to town on yourself like that.

In hypnotherapy, in addition to the negotiation we do with the subconscious, we also do a lot of work around letting go – of the ex, of the belief systems you’ve evolved about yourself, life and relationships, and of the idealistic future you imagine you would have had with that person.

And then there’s the setting out of bottom-lines around out-of-therapy behaviour that give the client the best chance to heal and recover.

Here, then, are our top ten ways to get over your break-up

So, the break-up was amicable, and you’ve convinced each other you want to stay friends. Great! But not right now. Having time to heal and adjust to life without your ex is vital – and you can’t do that if you’re constantly on the phone to each other. As far as we’re concerned, this is non-negotiable.

Yes, it will feel a bit empty. Possibly – even probably – downright uncomfortable and painful at times. But you will get through it, and you’ll come out the other side stronger and more resilient.

And if the break-up was messy and damaged your self-esteem or if your partner was abusive? Then the no contact rule is especially important. 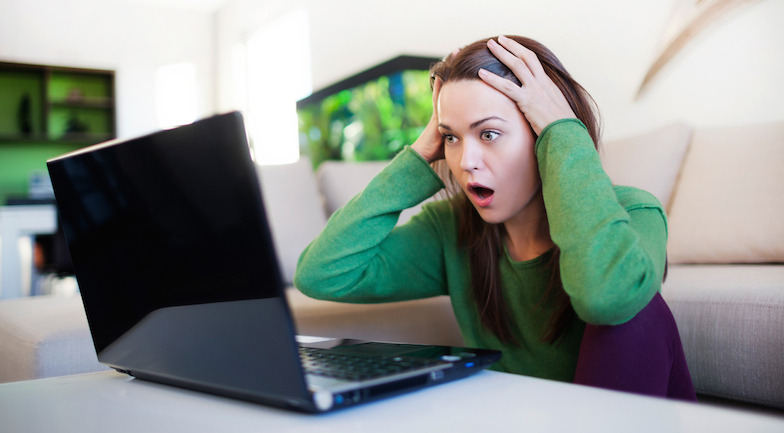 Hello? I know we’re paging Captain Obvious here but poring over your ex’s Facebook and Instagram accounts and looking at pictures of them busy getting over you isn’t actually going to help.

And don’t even think about going all Columbo, trying to work out whether the cute guy/girl they have their arm around at the festival is – quelle horreur – your replacement.

Do yourself a favour: don’t look. Block them if you don’t trust yourself or in the event they rather unhelpfully pop up on your news feed.

Ah yes, the opiate of the broken relationship. Meet someone else make yourself feel better. Newsflash: you aren’t ready, you haven’t allowed yourself the time to grieve and you certainly haven’t had the opportunity to heal and reflect, which are vital.

That pain you feel is part of recovery. Yes, it’s hellish. Yes, it hurts. But it’s the process. It’s during this time that we can learn a lot about ourselves. What were the lessons we learned? More importantly, what we will do differently next time?

Sometimes the most painful experiences are the ones that give us the most wisdom and encourage the most growth. Don’t be tempted to fast forward or skip this important stage by going all Katie Price on yourself and knee-jerking your way into another relationship the moment you’re officially single.

Feeling rubbish is basically a natural by-product of a broken relationship. Treat it by being kind to yourself. This isn’t rocket science. You’re the one person you can rely on to treat you as you need to be treated. So be faithful to yourself. Workout. Have massages. Go out and sort out the social life you let slip while you were heretically attached to your ex. Do that diving course you’ve wanted to do for the duration of your ten year relationship. Do it all. For you. 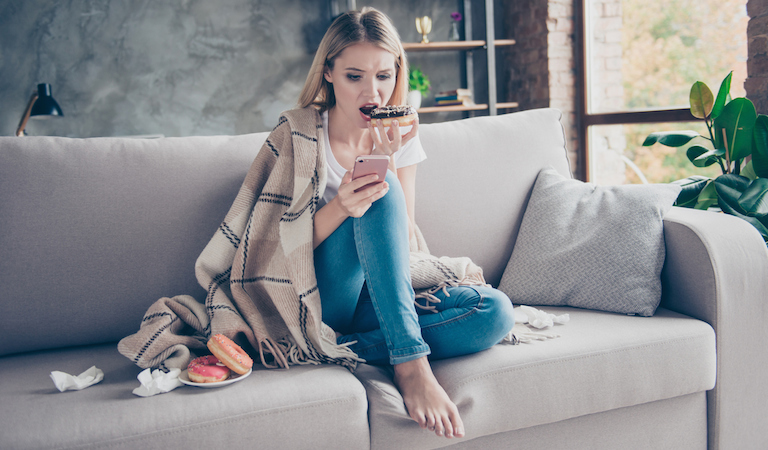 Oh, okay.  Maybe indulge a little bit. But keep a lid on it. Shoving 10 tubs of Ben & Jerry’s and a trough of red wine down your throat seven nights a week really isn’t normal, and you shouldn’t listen to anyone who says it is. Do a couple of days of ‘Oh-screw-it-why-not’ if you must. But, much more than that, and all you’re really doing is creating a horror show you’ll want to forget but your friends will remember for eternity.

Breakup tip #6: Don’t beat yourself up

At the risk of stereotyping here, we girls are especially brilliant at taking too much responsibility and blaming ourselves for what went wrong. But you know what? Telling yourself it’s because you’re not good enough, thin enough, pretty enough or clever enough is about as much use as garlic at a vampire convention.

Relationships have a way of robbing us of our individuality. In some ways that’s okay, but being single is also an opportunity to rediscover yourself.

Successful relationships are about making sacrifices – whether that’s not seeing as much of some people as you used to, not going on holiday with your friends, sacrificing a hobby or simply being in charge of the remote control.

Now is the time to take care of you, be selfish and get back in touch with your passions and who you really are.

Breakup tip #8: Be aware of the beliefs you form

And it most certainly does not mean that most toxic lie of all – that this was your last chance.

Ditch the narrative. You will heal, you will recover and you will fall in love again. If you support yourself and use this time and experience as a springboard to a much better relationship with yourself, the truth is that you will absolutely attract a much better partner next time. More than that, you’ll be ready. 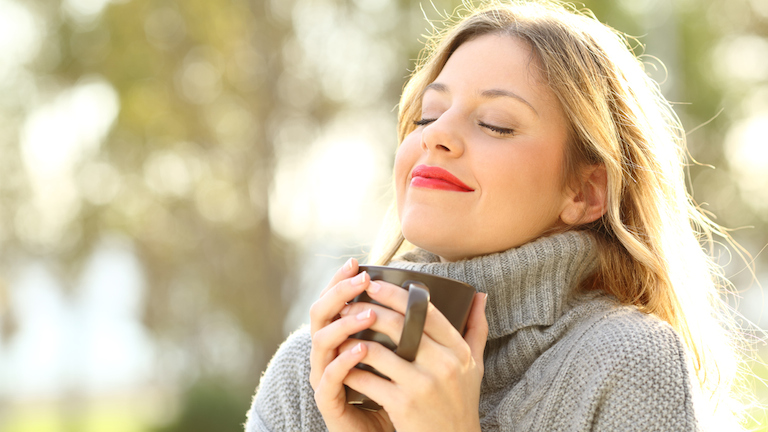 But the reverse is also true: if you ask yourself positive questions your brain gets super-creative and gives you positive and often beautifully surprising answers:  How can I support myself through this? What is the one thing that I really need to do for myself today? How can I accelerate my healing in the kindest way possible?

Do yourself a massive favour and make a point of asking yourself positive questions every day and especially first thing in the morning when the post-break up feeling is often the most corrosive.

We can’t always do things alone and much as we’d love to be the strong superhero of our own story every minute of every day, sometimes even the strongest amongst us need support – to cry, to grieve, to thrash it out, to vent, to get it out.

And when you need to do that, when you absolutely, definitely have to let rip – we’re here. To listen. To talk. To help. Whether that’s today, tomorrow, next week or next month.

Zoë Clews is a hypnotherapist who specialises in confidence, self-esteem, anxiety & trauma. She is the founder of Zoë Clews & Associates. Zoë graduated from the European College of Hypnotherapy in 2002 and has taught there since graduating and is trained in Neuro-Linguistic Programming.

Paul Gibson is part of the Zoë Clews & Associates team with a background in background in therapy and medical practice. Paul specialises in medical hypnosis, sports performance and addiction. He gained his medical knowledge as a dermatology nurse.

7 ways to break up smart 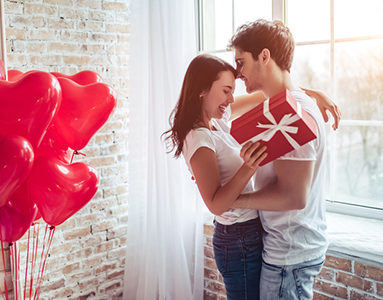 8 challenges long distance relationships face and how to overcome them 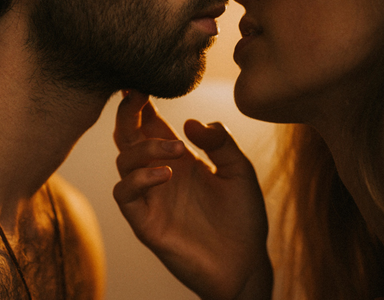 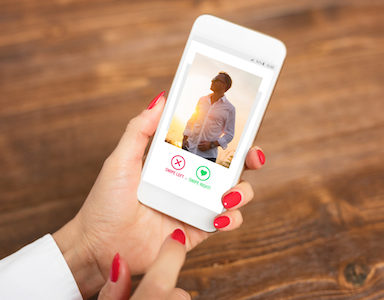 Have you been zombied? Your guide to the new dating language 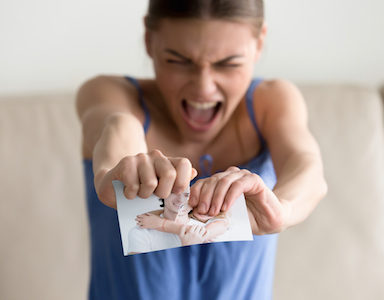 How to get over a breakup like a boss