How to exercise to lose weight – the science behind HIIT training

Want to exercise to lose weight? Don’t waste your time with long runs, says Kelly Du Buisson. Use this formula including resistance and HIIT training instead

Trainers often complain that people who want to lose weight often waste time doing long, slow cardio. But what exercise is most effective in helping you lose weight? We asked leading trainer Kelly Du Buisson, who explains in this video from Healthista TV why its all about the HIIT.

First says Kelly, you need to do resistance training. Try and do exercises that involve lots of big movements using large muscles of the legs and arms for example, squats with presses as these create heat in the muscle that stimulates growth hormone and helps boost your metabolism.

HIIT is the most effective form of cardio training you can do if you want to lose weight. HIIT usually involves intervals of high intensity moves such as burpees, lungs and jump squats done for 20-40 seconds with 20-40 second rest periods in between. HIIT training leads to the creation of heat in the muscle.  But rather than breaking down the muscle – which too much cardio such as long runs and cycles can do  –  you’re stimulating lots and lots of muscle fibres at once.

your body has to start using fat as a fuel rather thanking carbohydrates so you create a deficit of energy in the body.

As a result your body has to start using fat as a fuel rather than carbohydrates.  That means you create a deficit of energy in the body that forces your system to spend the next 24 hours replenishing that deficit. To do that your body is going to use a lot more calories over the next day than it would if you were doing a long, slow run, for example. What that means is that HIIT training not only burns calories while you do it, but also long after your workout is finished.

HOW TO DO HIIT

If you’re doing body weight training, choose moves such as planks (below) which are great for your core and will work the shoulders and abdominals, shoulders and glutes (butt muscles). 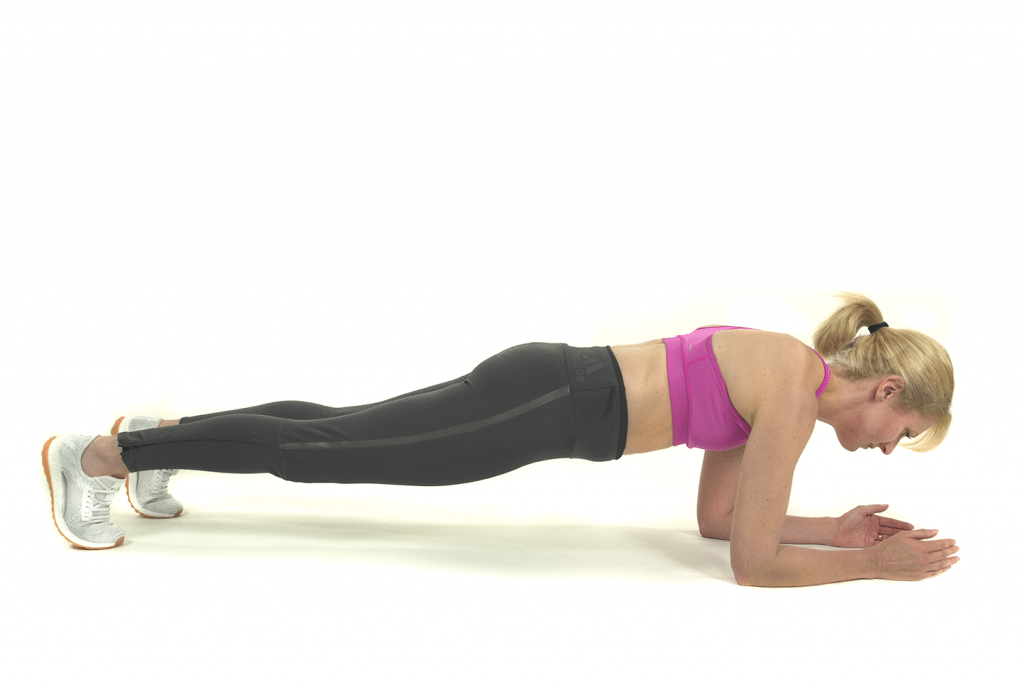 Combine that with a fast, dynamic exercise such as a squat jump (below). Such powerful moves help you produce hormones that help break down the fat and create fat-burning enzymes and build lean muscle. 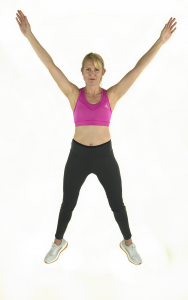 The ‘jump’ part of
a jump squat 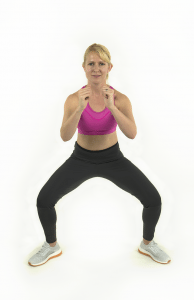 And the squat
bit

Add another all over body exercise such as a press-up which uses lots of big muscles and will burn more calories in one go than if you were doing moves like bicep curls in which you’re only using one small muscle. 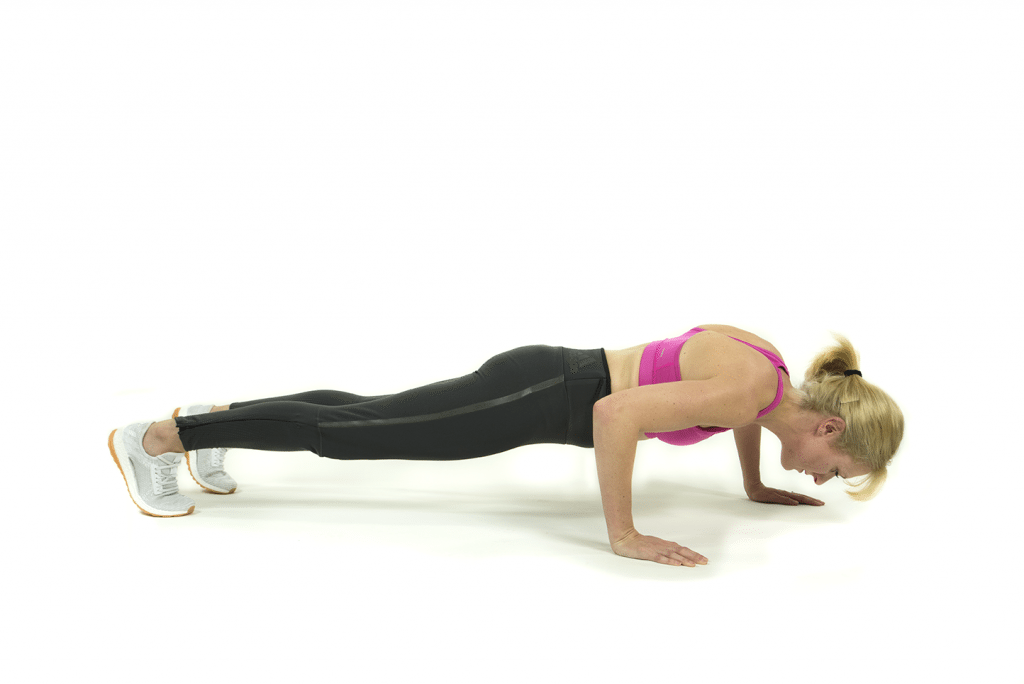 Kelly demonstrating a press up