Putting the ‘adult’ in sex toy 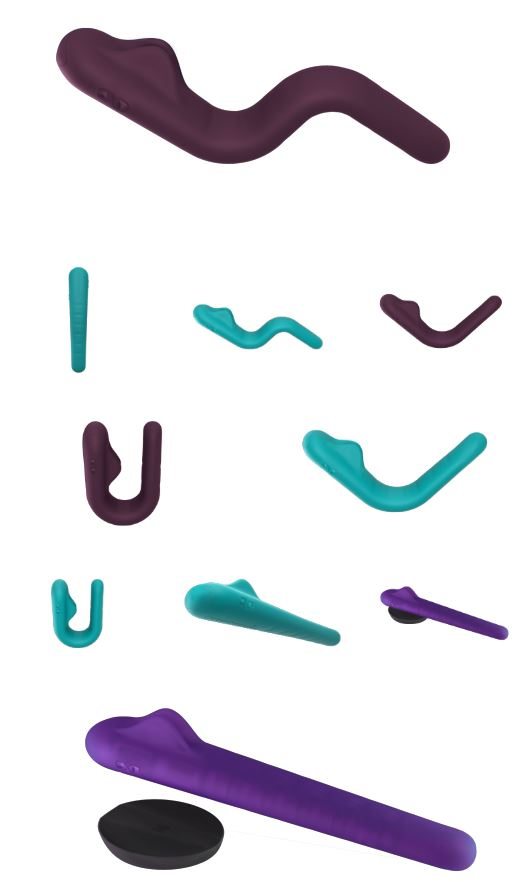 Like nothing you have ever seen in your sex-shop browsing before; the Mystery Vibe Crescendo is a flexible vibrator that can bend into various shapes. Noticing that ‘one size does not fit all’, the Crescendo is adaptable for a more personal experience. It has six powerful motors along the wand, of which can be controlled into a custom vibrating experience using your phone. Aware of high smart phone usage, Mystery Vibe has innovatively developed an app which can be connected with the toy, and used to control configurations. It can be charged by simply placing it on a charger pad without any wires.

The Crescendo is so tantalising, that app SexToii has confirmed it is the top trending toy in the UK. SexToii is like a ‘Tinder for sex toys’, whereby people can swipe right (favourite or like) a toy in a stream to add to a wish list. With five years of development and a successful crowdfunding, the Crescendo is standing out ahead for its uniqueness and sexiness – something which sex toys can often fail to achieve.

Watch Mystery Vibes’ video below to get a good idea of the workings:

Tester says: I fell in love as soon as I saw the packaging. It looked like an expensive bottle of champagne or perfume. If I was going to be bought a toy by a partner, this is the sort of thing I would want to receive. It felt luxurious in my hand as I excitedly prepared to use it, unlike many toys on the market which can look cheap and almost like a joke in their fluorescent pink packaging and tacky designs. It was ready to be used right away, and I had a lot of fun trying out the different shapes, which were easy to manoeuvre. It’s a lot flatter than other vibrators, but once you get used to that, you’re on a roll. I would have preferred to use this with a partner, as I can see it working well to get things going – it is actually sexy to use, unlike the average vibrator.

MORE: Best sexy gifts for Valentine’s Day PLUS love or lust – what do you want more of? 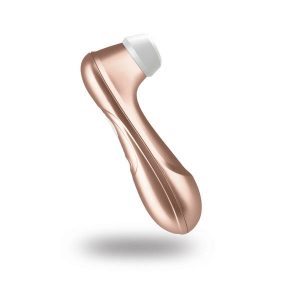 It made our favourite 2017 vibrators, but this is not a vibrator, rather a toy that uses pulsating airwaves. It essentially sucks on your clitoris using air suction technology, which sex shop Sh! say is taking over vibration. With a whopping 11 intensities, the Satisfyer does all the work to make you orgasm – once you have it placed in the right position, you don’t need to move it. The supple silicone nozzle, which can be removed for hygienic cleaning, engulfs the clitoris and gets to work in record climax time. It can be used in the bath or shower for an even more powerful effect.

Tester says: This ‘vibrator’ is AMAZING. At first, I didn’t know much about the Satisfyer, other than it was a sleek rose gold design that looked like a face cleanser. I read the instructions beforehand, but was sceptical and slightly confused. On the first setting, it made a low humming sound without any vibration. There was seemingly no indication that it would drive me crazy down there, so this left me mind boggled already. As I went ahead, I came to the realisation men aren’t alone in finding the exact spot, which I knew was essential for it to work. The Satisfyer gave me a sensation I hadn’t ever had after less than a minute. Without any actual touching involved, the toy had somehow given me a prolonged and deep orgasm. I like how gentle yet effective it is, avoiding aggressive and often intimidating motions. I’m yet to use it underwater but imagine even better things. 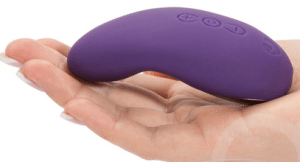 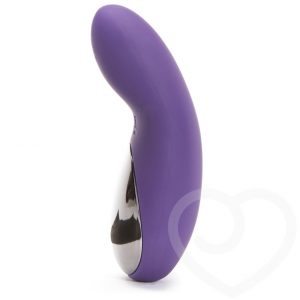 Tester says: The purple colours connoted sexy straight away, and the toy came zipped up in a small bag, which is easily storable and discreet. Although the boxing itself was unnecessarily big! The material was silky in my hand, and the shape wasn’t bulky, but light and smooth. It’s bigger than a bullet, but a great size. I had to charge it for 90 minutes before using it with a USB, and because I am used to a battery fuelled toy, I was confused at first. Once charged up its straightforward with minimal buttons. I love how it only needs one hand to get a good angle. My only criticism is that while it wasn’t that quiet, it sounded more like an electric toothbrush than a ‘whisper’. I would definitely recommend it to someone who wants an easy to use intense vibrator. 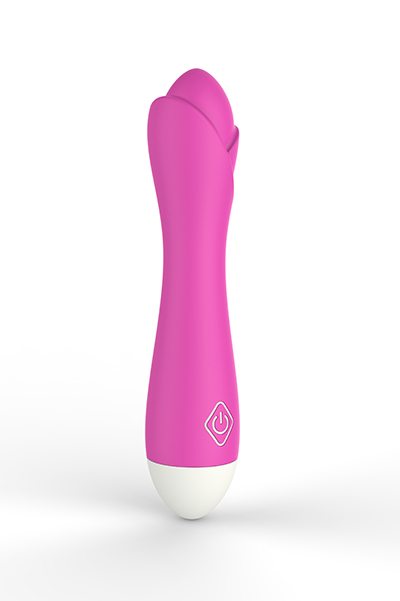 This gave me multiple orgasms

Tester says: I was expecting a comfortable experience, considering the packaging didn’t really scream erotic. It wasn’t scary to look at, so I could recommend this to a new user trying to branch away from a simple bullet. It was easy to get to grips with, and actually more fun than I had anticipated. I wasn’t nervous about it being really loud, despite giving each vibrating option a go. The closed flower tip is more than just a pretty design; the ribbed edges serve a purpose to tickle unexpectedly. I’d go as far as to say this gave me multiple orgasms with clitoris stimulation over a 15-20 minute period until I was ready to part with it until next time. 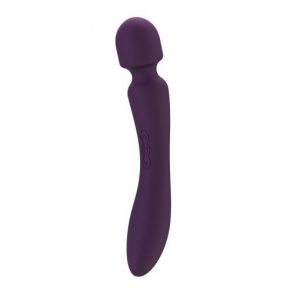 It wouldn’t be right to not include a stronger and tougher toy that you can really go to town with. The regal looking purple Magic Wand is a double sided toy, with either end shaped differently to give you a choice of pleasure. There are seven pulsating patterns, with three speed options, all of which remain ultra-quiet despite its strength. If you’re looking for a biggie, the soft silicone toy is a whopping 9.5 inches, but comes with a discreet drawstring pouch for stowing away. It’s easily charged by attaching a USB from the wall to the neck of the toy.

Even as a beginner, I didn’t find it too intimidating

Tester says: I am quite a sex-toy novice, not that I’m prude – but rather because I just find some toys too intricate and complex. What I loved about the Magic Wand when I first saw it, was that it looked fuss-free. Some vibrators are small and compact and I guess size doesn’t matter, it’s how you use it but I also like to know that it’s not going to get lost. At 9.5 inches from base to tip that’s something that you don’t have to worry about with the Magic Wand and when I realised that one side could be inserted I was sold.

I really liked the Magic Wand, so much so that I’ve named him Woody

The magic wand is far from discreet when it arrives, and I struggled to fit it in my rather large tote bag. There’s a picture of the wand on the box however this is not to scale – the actual wand is a lot bigger. But as a beginner, I didn’t find it too intimidating. I love un-boxing things where it’s home furnishings or a new pair of shoes, there’s just thrill to see what’s inside. I love brand communication and although it’s not personalised you get a cute note which basically tells you how to on clean the wand plus a lovely drawstring pouch to keep it safe in.

Now to the nitty gritty –  it was so easy to operate. You have to press the middle button to turn it on and off, then choose which side you want by pressing the corresponding arrow. You then press the arrow again and again to select which of the three speeds and 7 patterns that you want.

I really liked the Magic Wand, so much so that I’ve named him Woody and for me as a beginner it was a very satisfying experience. The selection of vibrations was great and having the freedom to decide which end to use was an added bonus. It was a downside they didn’t vibrate at the same time, but the insertable end was definitely my favourite. I used it alone, but it’s interactive nature makes a great for partner use too. I think it’s definitely worth a try for a fun-filled orgasmic night, and I would give it a 4/5. 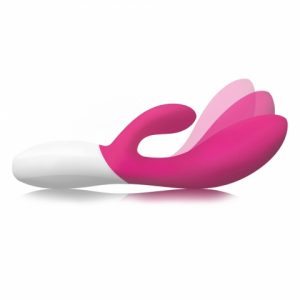 Although it looks pretty simple and almost old fashioned to the eye, the Ina Wave will leave you breathless with its technology focusing on the G-spot.  It’s no secret this is a difficult place to find, let alone please, but this toy gives amazing results with far less hard work. The rabbit design has a dual purpose; the larger arm imitates the fingers of a lover moving in a ‘come-hither’ motion of ten variations, and the smaller arm vibrates for clitoral stimulation, providing all the best feelings of foreplay.

MORE: Best sexy Valentine’s gift sets PLUS love or lust, what do YOU prefer? 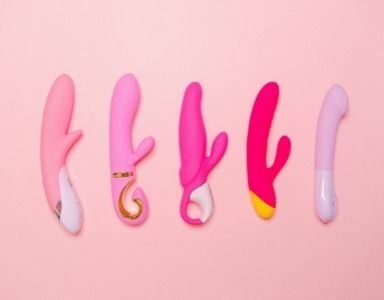 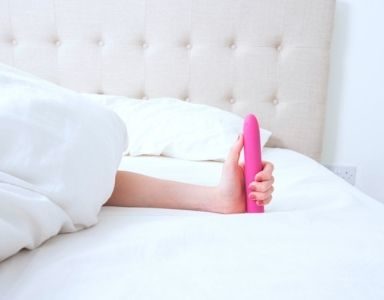