What really works for weight loss? Here’s what the science says…

The figures are staggering. Not only is Britain the fat man of Europe but it’s predicted half of men and a staggering 60 per cent of women will be obese by 2050.

Yet each day delivers a new nugget of weight loss advice, often the polar opposite of the day before. Today. the retiring Chief Medical Officer Dame sally Davies is calling for snacking to be banned on local buses and trains.

So what works? We asked Britain’s leading experts. 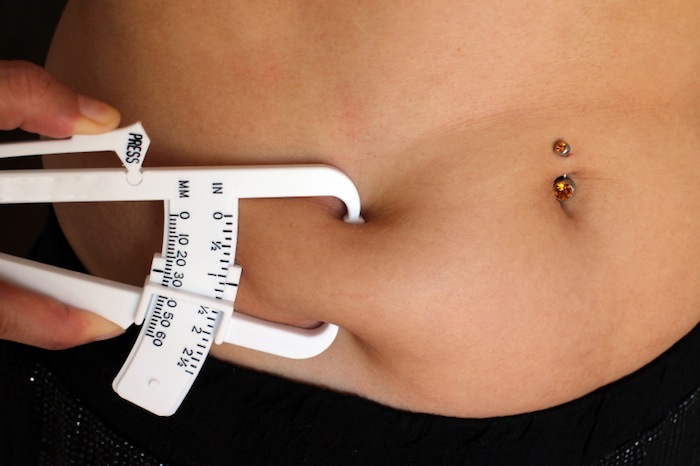 Body Mass Index (BMI) – a measure of body fat based on weight divided by the square of height – is a ‘rough and ready’ measure that describes the distribution of overweight in a population, explains Ursula Arens, a dietitian and spokesperson for the British Dietetic Association (BDA).

For individuals it’s not useful because it doesn’t account for people with a high proportion of muscle in their bodies, she explains.  Although muscle and fat weight the same, muscle takes up less space than fat – it’s more compact – while fat has a greater mass and takes up more space (it’s the reason who might be losing inches on the tape measure but not pounds on the scale). That can mean a person with a lot of muscle in their body can register a high BMI.

Plus, high BMI doesn’t mean poor health. One US study in the International Journal of Obesity found that half of Americans labelled ‘overweight’ by their BMI measure were healthy.

What works instead? ‘Bio-electrical Impedance Analysis (BIA) measures body composition by sending an electrical signal through the body via a monitor you stand on and hold on to,’ Arens explains. ‘It’s much more accurate in looking at body fat levels’. Scales such as Tanita RD-901 (available on Amazon for £149.14) use bio-impedence to measure fat.

MORE: 12 ways to beat the bloat 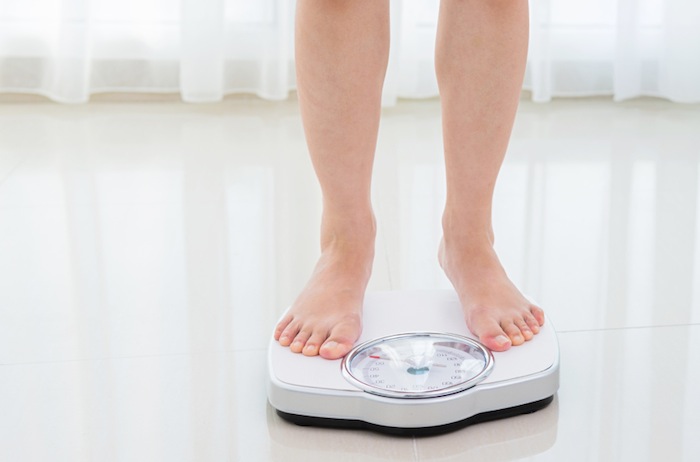 Women’s brains are wired towards fat, researchers from the University of Aberdeen have found. They used mouse models to transform obese mice into lean, healthy ones by stimulating hormones that regulated their appetites and encouraged them to be more active. But the experiment didn’t work on female mice, who stayed fat.

‘The wiring that regulates energy expenditure is different in males and females,’ says Professor Lora Heisler, chair in human nutrition at the University of Aberdeen who conducted the research. ‘For decades more women than men have been obese and this research shows it’s not cultural, it’s biological’. If you’re female and trying to lose weight without success, reduce your portion sizes, she advises.

3. Supplements can help if they’re the right ones 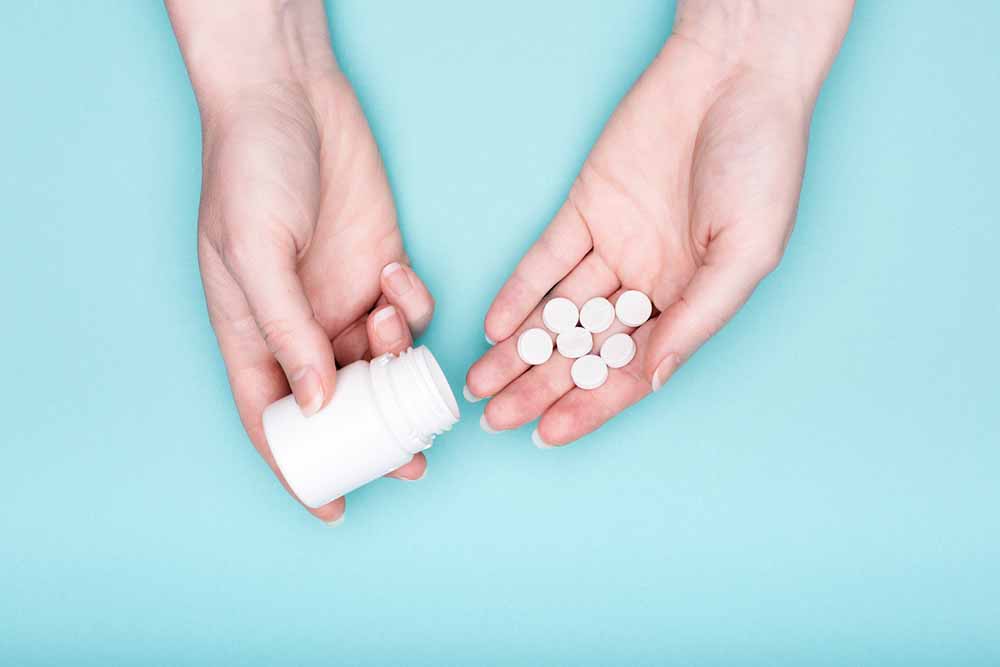 Lots of fat-loss supplements promise quick weight-loss results – skinny teas and coffees, carb-blockers, fat-blockers – but many of them only work in the short-term or act as laxatives, which is not healthy.

It goes without saying, anything that looks too good to be true or claims amazing results such as ‘lose a stone in a week by taking this pill’ should be steered clear of.

And while there is no such thing as miracle fat loss and a healthy diet and adequate exercise is an essential part of a healthy lifestyle, there are some supplements that can help make your weight loss journey that little bit easier.

Here are our top pick supplements that actually work: 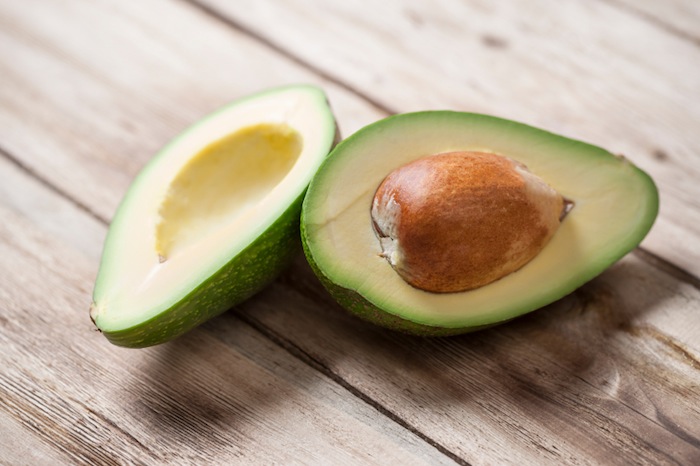 The biggest obstacle to lasting weight loss is the most obvious: hunger. Diets in which protein is eaten at every meal may help because protein keeps hunger at bay for longer than carbohydrates, explains Dr Alexandra Johnstone, a specialist in obesity and metabolic health at the Rowett Institute of Nutrition and Health.

Dr Johnstone’s studies have found that people put on diets containing 30 per cent protein, 30 per cent fat (such as olive oils, nuts, avocado) and 40 per cent carbohydrates (such as rice, potatoes, bread, cereal and whole grains) at each meal lost weight and kept it off for up to six months. Furthermore, the protein could come from lean meat, fish, dairy, eggs and poultry or plant sources such as tofu, lentils, beans and pulses and the effects were the same.

people put on diets containing 30 per cent protein, 30 per cent fat, and 40 per cent carbohydrates at each meal, lost weight and kept it off for up to six months

Does this mean high protein, low carbohydrate diets – such as Atkins and Dukan – are conducive to weight loss? Dr Johnstone says no, as research has shown such diets can be affect gut health and increase risk of colon disease. 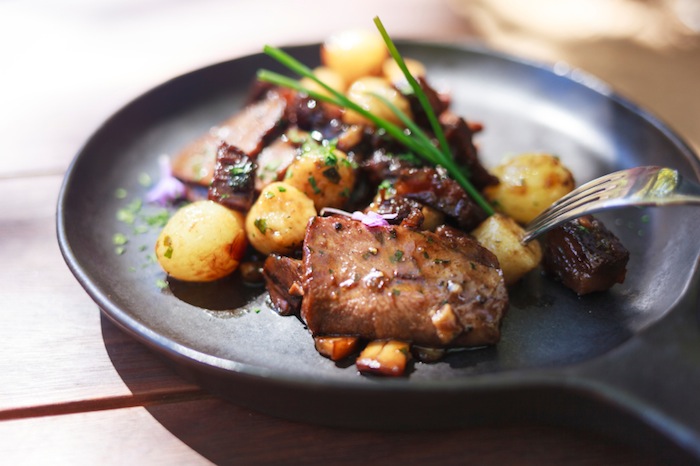 They might be de rigeur for entertaining but oversized plates won’t help your waistline, say researchers from the Cornell Food and Brand Lab in the US who reviewed 61 studies on 6711 people involving plate size and food consumed.

They found eating off smaller plates could reduce calories on average by 527 calories a day which could add up to a pound lost in a week.

‘When people are served big portions of food, eat from from large packets or use large tableware they eat more and one UK study found ‘plate clearing’ occurs at 91 per cent of meals,’ says Dr Lucy Chambers, nutrition scientist at the British Nutrition Foundation.

Indeed, as the obesity epidemic has increased, so too have dinner plate sizes, points out Dr Heisler. The ideal size? Those eating off plates with a diameter of between eight and a half and nine and a half inches ate around 22 per cent less, the Cornell researchers found. But be warned, plates that were any smaller led to them going for seconds!

Other proven ‘skinny’ kitchen choices include using plates in a colour that contrasts with the colour of the food served (for example, dark coloured plates for rice and pasta, white ones for dark meats) drinking from tall glasses and eating while listening to soft jazz and under soft lighting – 70s rock and fluorescent lighting made study participants eat more

MORE: 10 healthy fats that could help you LOSE weight 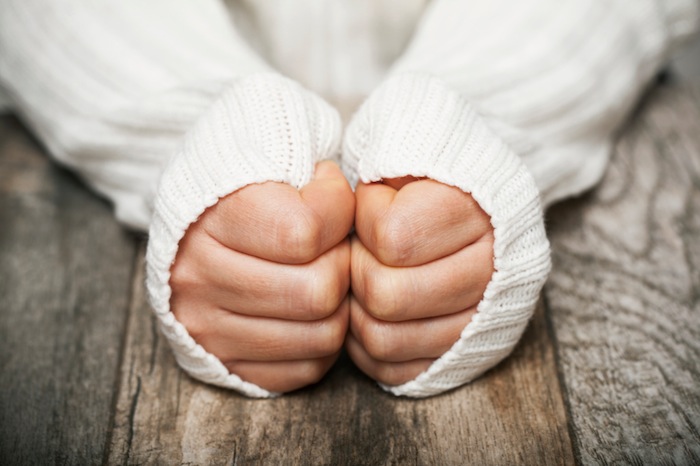 At last, an upside to the weather. Cold temperatures can increase weight loss by forcing the body into burning more calories, says Prof. Heisler. ‘Being cold leads to thermogenesis, the calorie burning effect of the body, and activates brown fat,’ she explains.

That’s metabolically active fat that burns calories as opposed to white fat that leads to disease. We’re born with plenty of brown fat and lose it as we get older, but simply turning down the thermostat to around 17 degrees can help encourage more brown fat activation and thus more fat-burning in the body, Prof. Heisler suggests.

Being cold leads to thermogenesis, the calorie burning effect of the body, and activates brown fat

One study published in the Journal of Clinical Investigation made 12 young men with lower-than-average levels of brown fat sit a room at 17.2 degrees and they burned an extra 108 calories compared to rooms with warmer temperatures.

Astoundingly, six weeks later, they were burning 289 calories in the cold in the same period, which led researchers to hypothesise that sitting in the cold had activated their brown fat stores and led to an increase in their fat-burning potential.

‘Allow yourself to be cold for a couple of hours a day to help you burn more calories,’ suggests Prof. Heisler. ‘The more you do it, the more used to it you get.’

It’s been a raging debate for years: should slimmers eat fruit Researchers at Harvard School of Public Health followed 125,000 people between 27 and 65 for 25 years and found that the more fruit they ate, the slimmer they were.

The biggest impact was from blueberries, strawberries, apples, pears, oranges and grapes and the researchers hypothesised that flavonoid chemicals in the fruit – also found in tea and onions – might be responsible.

‘Foods such as grapes and berries (especially red and purple ones) have a host of health promoting vitamins, minerals and antioxidants such as flavonoids and resveratrol,’ says Dr Sally Norton, a weight loss surgeon at North Bristol NHS Trust.

‘They can indeed help weight loss if eaten instead of high calorie foods but beware, grapes have about three teaspoons of sugar per handful and are best eaten in moderation.’ Stick to a serve a day and then opt for lower sugar fruits such as berries, apples and pears.

8. More is NOT better when it comes to exercise 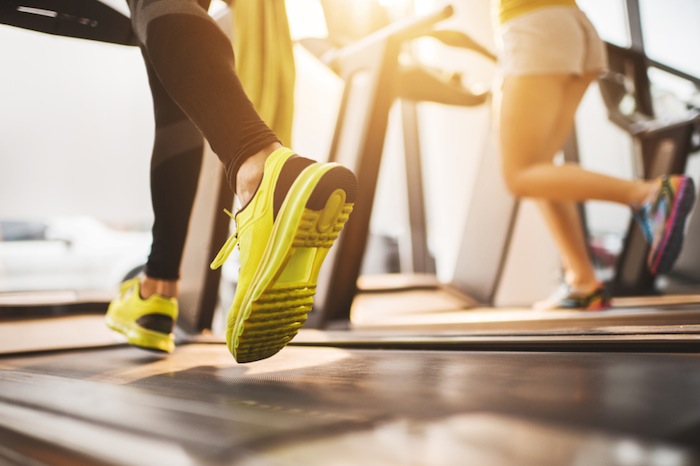 Think doing three hours jogging is better than half an hour? It’s not, says research published which found after doing a moderate amount of exercise, people hit a plateau after which they didn’t burn any more calories.

‘Broadly speaking, do half an hour of exercise and you will get all the benefits, the last two per cent of benefits are not worth doing another two hours of exercise for,’ says Ursula Arens.

do half an hour of exercise and you will get all the benefits, the last two per cent of benefits are not worth doing another two hours of exercise for

So, how much is enough? ‘We don’t know what that exercise sweet spot is for everyone but evidence is accumulating that doing little bits throughout the day is better than one intensive hour,’ says Peymane Adab, Professor of Pubic Health at the University of Birmingham.

This could include taking the stairs, walking the dog and even simply standing up while on the phone which burns more calories than sitting as your body compensates by trying to balance, she says. ‘Blocks of 5-15 minute moderate movement is as good, if not better, than going to the gym for an hour.’

WEIGHT LOSS: How to KEEP it off

Since 1994 the National Weight Control Registry in the US have monitored 5000 people who have lost anything from 30-300 pounds and kept it off for a year or more. Here’s what they found:

Doing the Atkins diet to lose weight? These 11 diet swaps make it easier

Is your house making you fat? 14 surprising weight loss tips your HOME needs