By 2025 there will be one million people living the UK with dementia. Anna Magee talks to Britain’s leading authorities about how to prevent it. New study suggests that lower blood pressure could decrease your risk of dementia.

New research gives hint of optimism toward dementia prevention. A study, first published in JAMA, has heralded results that found people with hypertension who received intensive treatment to lower their blood pressure were less likely to develop symptoms that often progress to dementia than those who received standard treatment.

It is the first randomised clinical trial to achieve positive results that can help many older people reduce their risk of mild cognitive impairment. Quite often this pertains to minor memory and thinking problems which can further progress into Alzheimer’s disease and other dementia.

The research was part of a large cardiovascular study called Sprint which involved over 9,000 participants in 102 different areas in the United States.Their primary goal was to see if participants with intensive treatment dropped their blood pressure below 120 would do better than those receiving standard treatment which brought their blood pressure to 140. They succeeded, so much so that the trial was stopped due to the participants having significantly lower risk of cardiovascular events and death.

The results only apply to those aged 50 or over who have elevated blood pressure and do not have diabetes or a history of stroke. It is also concluded more than 75 percent of the over 65s have hypertension; this study could therefore benefit all by potentially reducing their risk of cognitive decline but also their risk of heart disease.

One person is diagnosed with dementia every three minutes in the UK. Dementia Awareness Week has been renamed as Dementia Action Week. It’s time for us to act on making changes as well as raising awareness and helping to raise funds for people living with dementia.

By the time today’s 30- and 40- somethings reach the age when they may develop Alzheimher’s disease and dementia, (one in 20 people develop dementia under 65 but above that age a person’s risk doubles roughly every five years) it’s likely we’ll know more about its early signs and probably have drugs to treat it before it even shows symptoms. Perhaps even more hearteningly, in the next ten years, we’ll know more ever about the specific things that help prevent Alzheimer’s and dementia.

Studies such as the PREVENT trial, which run through various UK universities, are set to confirm this further by looking at the brain and cognitive function of those aged 40-59. ‘We’ll be using brain imaging, blood markers, spinal fluid tests and complex cognitive tests to measure people’s brain function in middle age’, says Craig Ritchie, leader of the trial and professor of the psychiatry of ageing at the University of Edinburgh. His hope? ‘In the next ten years we’re going to get more and more evidence about the things people can do to prevent Alzheimer’s and dementia,’ he explains. ‘Our aim is to be able to take any given individual and say, ‘Well your risk is X per cent and here are the things you can personally do to help prevent it.’  So, what do we know so far? 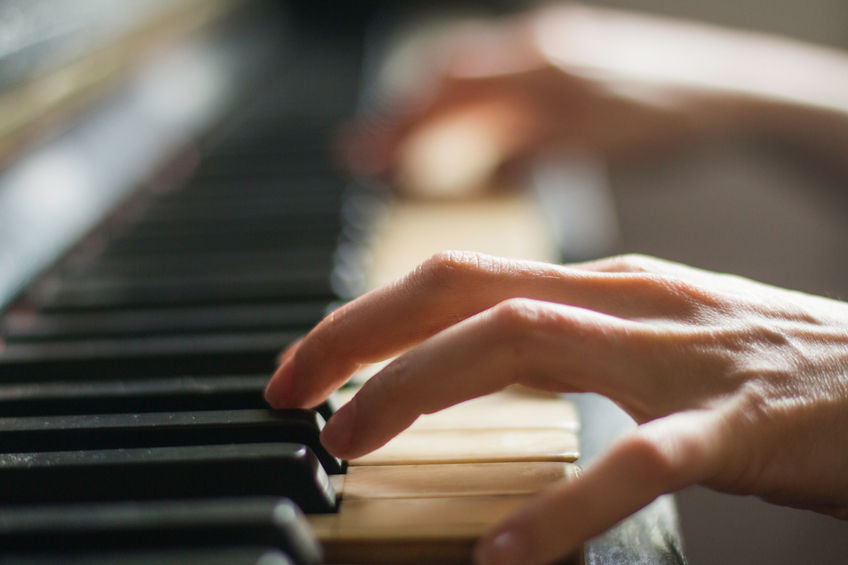 A new skill with further stimulate the mind

Brain stimulation, not brain training, is essential in preventing cognitive decline, says Prof. Ritchie. ‘The evidence is now about intellectual activity, rather than brain training,’ says prof. Ricthie. Key to the former is social interaction. ‘Chatting, being socially interactive with friends and in a work environment is probably what lights up your brain more than anything else. I often get asked ‘But I do lots of crosswords and Sudoku, will that protect me from dementia’? Says prof. Ritchie. But the evidence now suggests that it’s taking up new hobbies and interests and intellectual challenges that are more beneficial than the things you have done all your life. ‘So, if you’ve done crosswords your whole life, learning to play the piano at 65 is going to have more benefit on your cognitive health than keeping doing things you have always done.’

2. Have you got cognitive reserve?

Cognitive reserve refers to the psychological behaviours you do throughout your life to help maintain your brain health. ‘A high cognitive reserve would be someone with a mixture of high education, a complex lifetime occupation and high levels of social engagement in old age’, says Carol Brayne, professor of public health medicine at Cambridge University. The more of these factors you have, she says, the more protected you may be if you develop a bit of cognitive impairment without it turning to dementia. In terms of ‘complex lifetime occupations’, in July this year, occupational scientists at the Alzheimer’s Disease Research Centre, in Wisconsin, graded jobs according to how much intellectual engagement they provide. They found those less associated with the development of Alzheimer’s in later life were those that worked in complex jobs involving other people. While lawyers, social workers, teachers and doctors were best protected, those who enjoyed the least protection included shelf-stackers, machine operators and labourers.

3. Aspirin and the brain

Aspirin reduecs the risk of heart attack and stroke, which are associated with measurable effects on cognitive function

Some observational studies have suggested long-term use of aspirin is associated with a reduced risk of Alzheimer’s. One Swedish study found that women over 70 who took low-dose aspirin because they were at high risk of heart disease were found to have better memory and cognitive function after five years than those who didn’t. Now, the biggest ever study into the effects of aspirin on the heart and the brain is set to confirm the link. Funded by the Medical Research Council (MRC), the ASCEND trial involves 15,000 volunteers taking a low-dose aspirin or placebo for seven years.

‘Aspirin acts to reduce the risk of blood clotting, and therefore heart attack and stroke, which are two things associated with measurable effects on cognitive function,’ says Jane Armitage, professor of clinical trials and epidemiology, and honorary consultant in public health medicine at Oxford University who is leading the research.  ‘At the end of the trial, expected in 2018, we will look at the volunteers’ cognitive trial and see what affects if any, taking the aspirin had on their risk of developing the signs of dementia and Alzhiemer’s.’ In the mean time, talk to your doctor to see if it will benefit you. 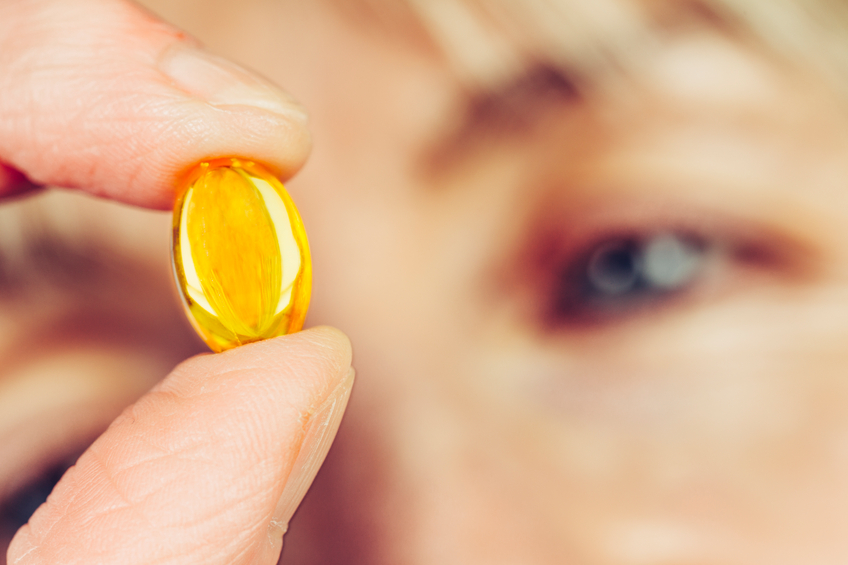 Fish oil as prevention is still being debated

The ASCEND trial will also look at the effects of taking fish oils – specifically those containing omega-3s, a type of essential fatty acid which the body doesn’t make itself – on cognitive function. Although small studies such as one, published in 2014 in the Journal of Alzheimer’s Disease, found that supplementation with omega-3 fatty acids helped slow the decline of cognitive function on those with Alzheimer’s Disease, no substantial studies have yet affirmed the link, says Prof. Armitage. ‘Earlier studies have suggested that omega 3 might reduce deaths from heart disease following heart attack, but no large studies as yet,’ she explains. It’s this heart benefit connection that hold a great prevention key, she says.

5. Want brain benefits? Be good to your heart

‘The same processes that cause heart attacks and strokes are also in some way associated with the development of dementia,’ says Prof. Armitage. ‘There is quite a lot of indirect evidence that if you can reduce your vascular risk factors, you may also protect yourself from future cognitive problems’.  Indeed, Professor Brayne points out that of the seven key risk factors for the development of Alzheimer’s: high blood pressure and obesity in mid-life, diabetes, smoking, low levels of physical activity, low education and lifetime depression – five are associated with a higher risk of heart disease.

In fact, where in the past doctors saw Alzheimer’s and dementia as being caused either by amyloid plaques (abnormal deposits of protein), neurofibrillary tangles (containing tau) and imbalances in a chemical called acetylcholine or vascular damage in the brain, latest research suggests that most people with Alzheimer’s or dementia will develop some vascular factors. Ultimately, this means that the lifestyle factors that help the heart, can also maintain cognitive function, says Prof. Brayne.

6. Alcohol, exercise and the Med diet

News to pop a cork over came out earlier this month when scientists at the University of Reading found that consuming one to three glasses of bubbly a week might help prevent Alzheimer’s and dementia. They claimed the phenolic compounds present in both pinot noir and pinot meuniere – two of the grapes used to make champagne – had the ability to increase spatial memory, improve cognitive function and promote learning and memory retention. 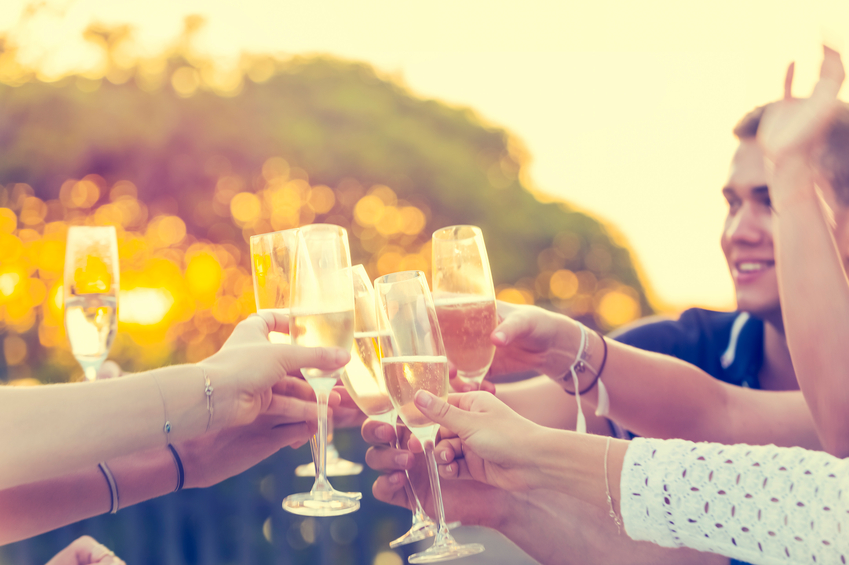 Although the Champagne study was done on rats, Prof. Ritchie says that while high levels of drinking are undoubtedly damaging to the brain,  there is some evidence suggesting small amounts of red wine in particular may help.

Meanwhile, of the diets associated with helping prevent dementia, the bulk of the evidence points to the high polyunsaturated fat, fish, vegetable, fruit, grain and indeed conservative red wine content of the Mediterranean diet, he says. A 2013 systematic review published in the journal Epidemiology pulled together 11 papers looking at the effects of a Mediterranean diet on brain function and found that it was associated with slower cognitive and a lower risk of developing Alzheimer’s. Meanwhile, it’s worth noting that all of the scientists Healthista spoke to for this story cited regular, moderate exercise as the number one risk factor that could help prevent the onset of dementia. And it doesn’t even have to be very hard, says Prof. Brayne. ‘Just try and move more, from taking a 20 minute walk on most days to having a swim,’ she says. ‘Doing a sport is particularly helpful as it also involves social engagement, which is hugely important.’

The future of Alzheimer’s disease

In August 2018, a landmark study was launched at the University of Oxford and funded by the Medical Research Council which planned to identify the measurable characteristics, known as biomarkers, which can detect the occurrence of Alzheimer’s Disease very early on in the progression of the disease – when  a person has no obvious symptoms.

‘We know that Alzheimer’s disease starts long before it is noticed by those with the disease or their doctor,’ says Simon Lovestone, professor of translational neuroscience at the University of Oxford. ‘Previous studies have shown changes to the brain as early as 10 to 20 years before symptoms arise. If we can identify the biomarkers present in this very early stage, we have the chance of developing drugs that treat the disease early, thus preventing damage to people’s memory and thinking.’ He estimates that by 2025, such treatments may be a reality.