Blogger Alexa has added a new book to her favorite gluten free literature list-Grain Brain. Plus, she tests out a wheat-free pizza recipe. Don’t knock it till ya try it

This week has been going well on the gluten-free front. I admit, I cheated on Tuesday, but I’d honestly wished I hadn’t needed to-I came down with a nasty 24-hour stomach bug and my roommate’s crackers and 7-Up were what my body would keep down. So I decided to give myself a free pass on that one. TMI? Other than that and two bites of naan at an Indian restaurant (oops,) I’m on track and feeling good.

While I was confined to my deathbed (have I mentioned I’m a drama queen?), I turned to another groundbreaking book on the evils of gluten—Grain Brain: The Surprising Truth about Wheat, Carbs, and Sugar – Your Brain’s Silent Killers.

I’ll be honest, I’m in my early 20s, so brain health isn’t at the front of my mind, no pun intended. While I read this, though, what started as thinking about this research in the interest of my mum and dad, my grandparents, and my aunts and uncles, quickly turned into realizing I need to be thinking about this for myself. Sure, I’m young and sharp now, but when I think about times when my head’s in a fog or I’m just ‘out of it,’ it terrifies me to think that some people feel like that all the time. 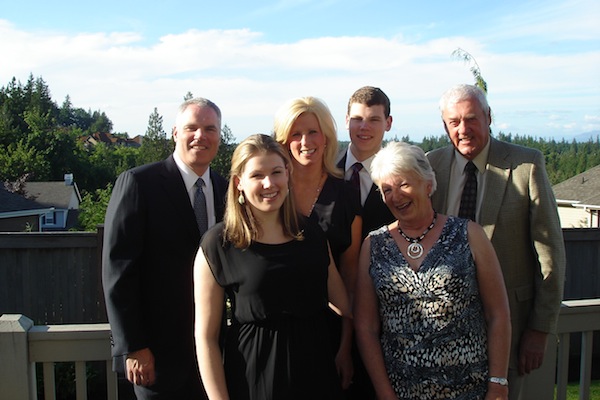 Call this the ‘Spark Notes’ version of Grain Brain: Dr. Perlmutter has an extraordinary amount of research on how wheat, carbs and sugar affect neurological health. I highly recommend you read it yourself—it’s a book you really need to think about, especially if you’re a bit science inept (When it came to science classes in high school, I went by the mantra ‘Cs get degrees,’) but it’s worth taking the time. Meanwhile, I’ve done the work for you with this overview of Dr Perlmutter’s findings:

According to the Alzheimer’s Institute of America foundation, new estimates predict that by 2050, Alzheimer’s will affect 100 million people globally. Imagine if eliminating wheat could change that trajectory—how huge would that be?

As you can probably tell, I am absolutely buying into this. Alert the media: Dr. Perlmutter has totally found the cause of Alzheimer’s. Okay, maybe that’s a bold statement. Although it’s an incredible source of debate and confusion worldwide, I’m amazed by the observations Perlmutter points out. 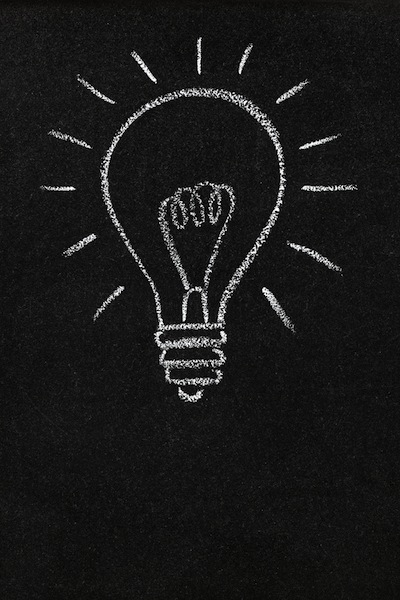 To be blunt, I’ve always liked being somewhat smart, and it’s a trait that makes me feel good about myself. This book has added a whole new layer to my reasoning for going gluten free, because you really only get one brain, and I’d like to keep it healthy.

After reading this, I had no problem sticking to my gluten-free diet over the next few days (once I could eat something besides crackers.) I’d flagged this recipe from the back of William Davis’ Wheat Belly

book to test this week, and I’m happy to report that it actually does taste like pizza, and good pizza at that.

Say what? I have in previous weeks spoken of my plan to avoid gluten-free replacement versions of foods with wheat. Surely Davis wouldn’t put an offending recipe in his book. I was right, he didn’t-it’s made with a cauliflower crust. Though you sacrifice some of the texture of traditional pizza, you really don’t sacrifice much taste. I promise. It’s a fork and knife kind of pizza, but do not forget to spray the pan; I made mine on non-stick tinfoil, but I ended up having to eat it with a fork off of the foil itself and saving half to reheat in the oven the next night. I cut the recipe in half, but this recipe makes 4-6 servings. 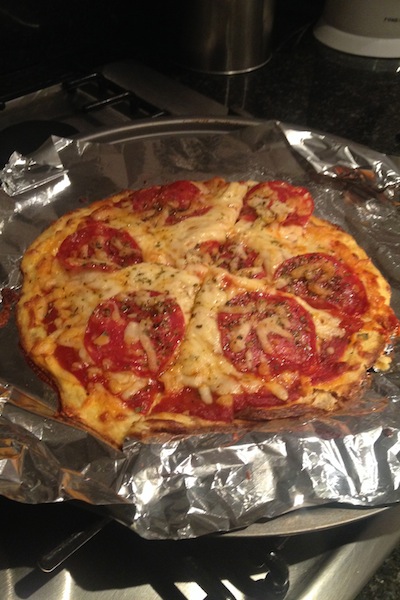 My wheat-free pizza. I went with classic pepperoni.

In a large pot of boiling water or in a vegetable steamer, cook the cauliflower until soft, about 20 minutes. Drain the cauliflower and transfer into a large bowl. Mash until it is the consistency of mashed potatoes with minimal ‘chunks.’ Add 2 oz of the olive oil, the eggs, and 4 oz of the mozzarella cheese and mix well.

Preheat the oven to 175° C. Lightly coat a pizza pan or large rimmed baking sheet with about 1 tablespoon olive oil.

Pour the cauliflower mixture onto the pan and press the ‘dough’ into a flat, pizzalike shape no more than 1 1/4 cm thick, mounding it up higher at the edges. Bake for 20 minutes.

Remove the ‘crust’ from the oven and spead it with the pizza sauce or tomato paste, the remaining 8 oz mozzarella, your veg and meat toppings, basil, oregano, and pepper. Drizzle with the remaining olive oil and sprinkle with the parmesan. Bake until the mozzarella melts, 10-15 minutes.

Cut the pizza into wedges and use a spatula to transfer to plates. 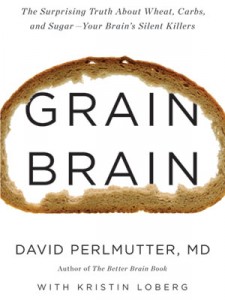 The Gluten-Free Diaries: Week One

Any of you thinking of trying out this wheat-free pizza recipe? What toppings would you put on it?