Migraine symptoms? 10 things you didn’t know but probably should

Are your headaches worse than normal? You could be suffering migraine symptoms. Nutritional Therapist Hannah Braye reveals 10 things you may not know about migraines but probably should

If you think your throbbing headaches aren’t migraines, you may want to think again – especially as women are three times more likely to suffer from them than men.

If your headaches make you feel sick, sensitive to light or they stop you from functioning on a daily basis, there is a good chance that you have migraine.

migraine is the third most prevalent illness in the world

A migraine is a brain disease that causes a number of uncomfortable symptoms. The NHS define migraine as a moderate or severe headache felt as a throbbing pain on one side of the head.

According to Migraine Research Foundation (MRF), migraine is the third most prevalent illness in the world, with more than four million adults experiencing chronic daily migraine.

Migraines will most often be accompanied by symptoms including nausea, sensitivity to light and sound, poor concentration, vomiting and ‘aura’ before the headache starts which can manifest as zig-zag lines, slurred speech, dizziness and feelings of fear and confusion. 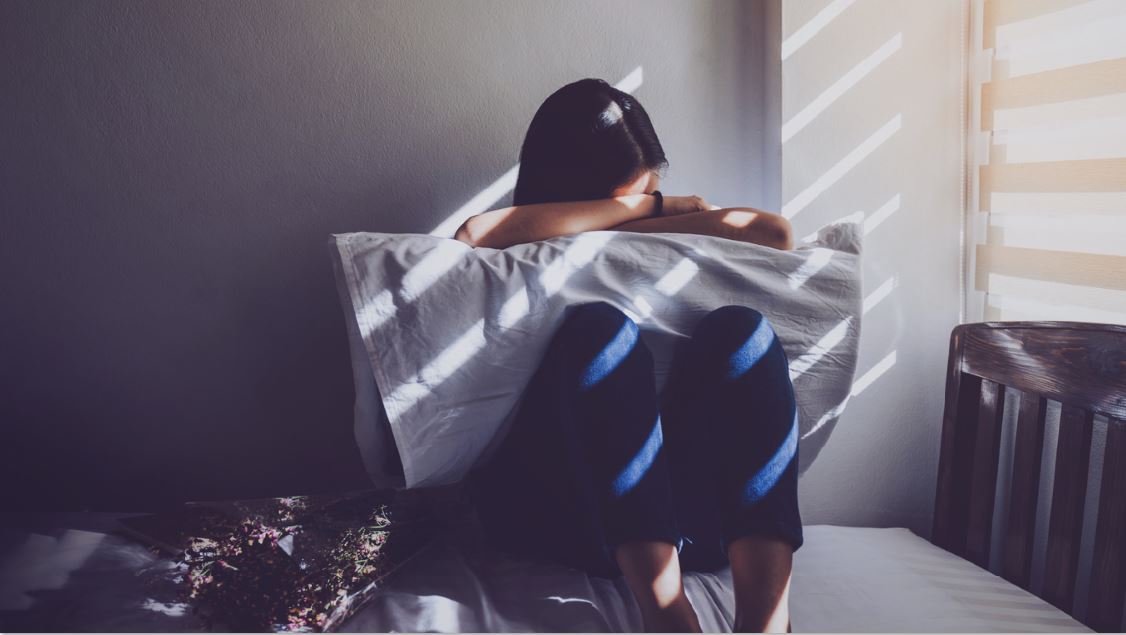 While the exact cause of migraine headaches is unknown, the MRF says that many different things have the ability to trigger a migraine including both genes and environmental factors.

Some of the most common triggers include:

Due to the severity of migraines, they can often stop you performing daily activities, not only that but did you know that a migraine can last between a couple of hours to several days? And did you know there are certain foods that can trigger a migraine?

That’s why Healthista called upon Nutritional Therapist Hannah Braye, who reveals ten things you may not know about migraines but probably should…

#1 Migraine is not just a headache

A migraine is a complex and multi-factorial condition that is often poorly understood by both the public and medical profession. One thing that is for certain, is that for those who suffer with them, they can be significantly debilitating.

Migraine is not the same as the usual kind of headaches that most people have every now and then. The pain is much worse and attacks usually start suddenly with severe pain on only one side of the head.

Headache is also only one possible symptom of migraine disease, with many people also experiencing nausea, vomiting, digestive issues and sensitivity to light, noise, movement and smell with attacks.

#2 Not everyone experiences an aura

Migraines can be experienced with or without aura. Aura is a term used to describe a neurological symptom of migraine, which typically precede the headache.

Visual disturbances are the most common neurological symptoms, but others include numbness or tingling, pins and needles, weakness on one side of the body, dizziness or vertigo and issues with speech, hearing and memory.

Whilst these symptoms are commonly associated with migraine, only around ten to 30 per cent of sufferers actually experience migraine with aura, says The Migraine Trust. 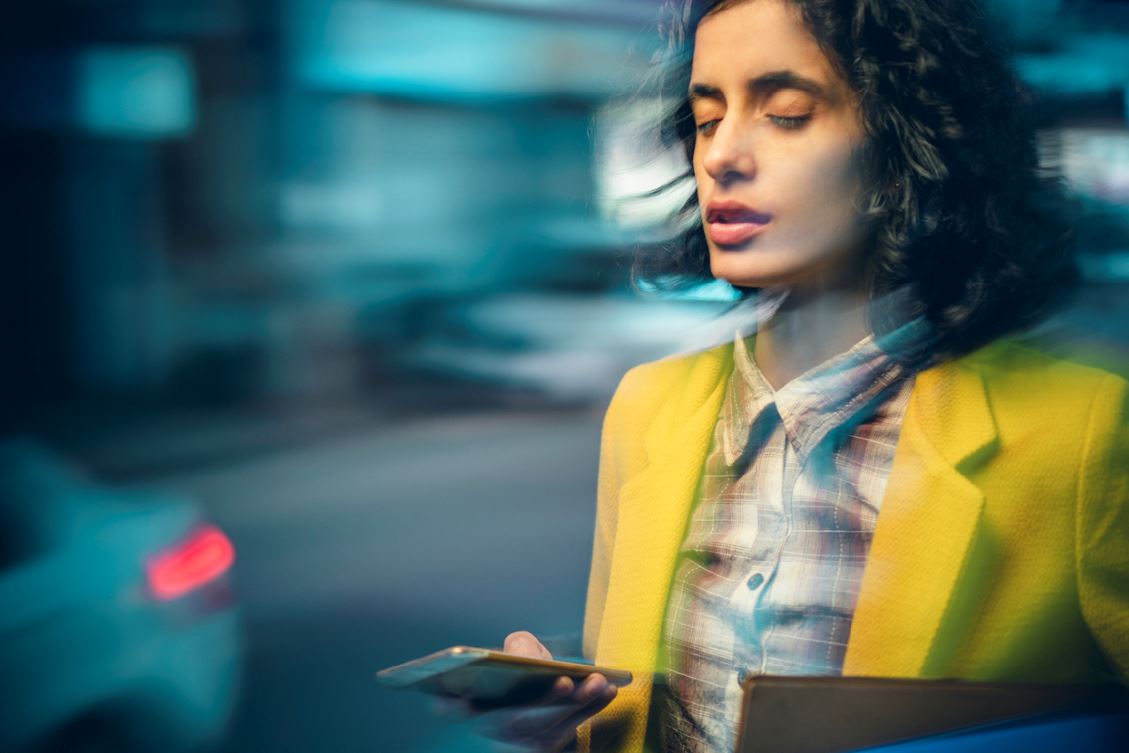 #3 No two migraines are alike

Some people also experience digestive upsets or sensitivity to light, noise, movement or smell. When children have migraines, they may not have a headache at all – instead, the main symptoms might be nausea, vomiting or dizziness.

#4 Migraines are more common in women than in men

According to The National Center for Biotechnology Information, about 14 out of 100 women and 7 out of 100 men have recurring migraines.

This is different for children, where migraines are equally common in boys and girls. This is likely due to the role that varying ovarian hormones (especially oestrogen) at different times of the month play in triggering attacks.

Women who suffer with menstrual migraines may therefore find taking steps to naturally balance their hormones through diet and lifestyle beneficial. 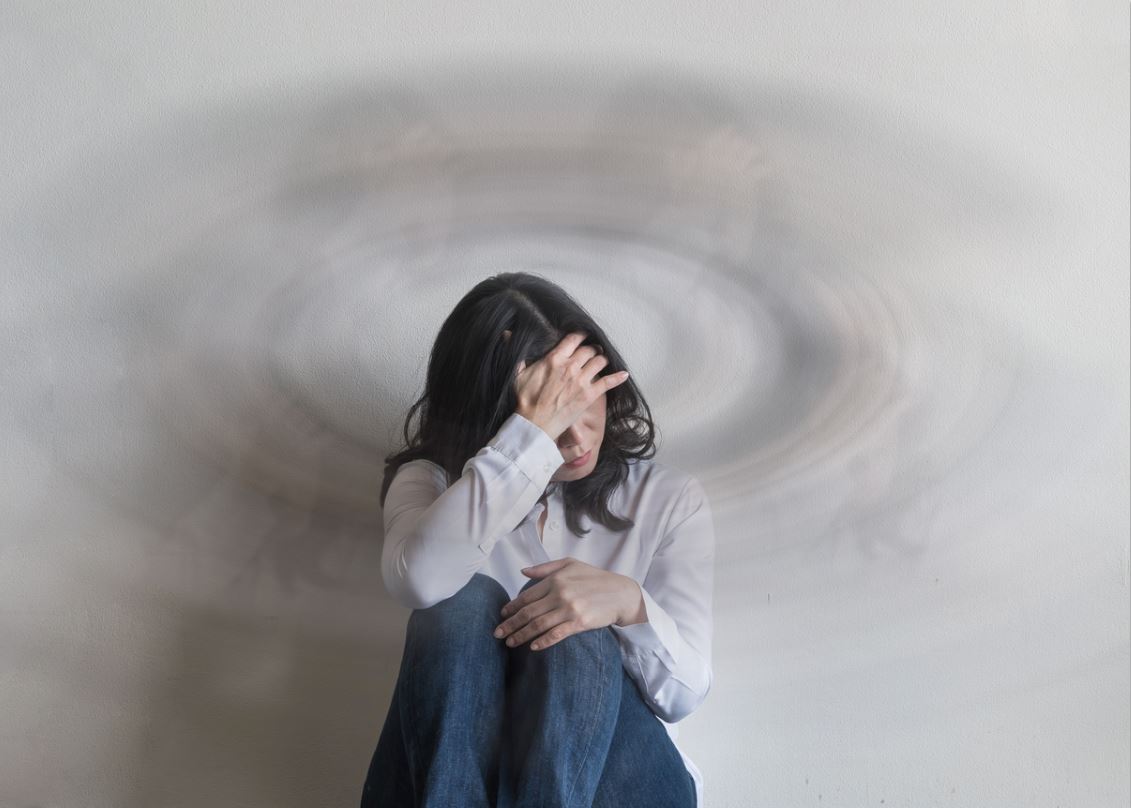 #5 Migraine is a neurological not a psychological condition

Migraine is a neurological (nervous system) disease relating to dysfunction in the part of the brainstem important for regulating vascular tone and pain sensation.

A migraine is caused when physiological (not psychological) triggers cause vasodilation of cranial blood vessels. It is a biologically-based disorder with the same validity as other medical conditions such as high blood pressure or asthma.

However, migraine disease is often poorly diagnosed and misdiagnosis can sometimes lead to the inappropriate prescription of medications such as anti-depressants.

#6 Diet can play a role in migraine

Blood magnesium levels have been found to be reduced in many migraine sufferers compared to non-sufferers and research suggests magnesium deficiency may contribute to attacks (particularly in menstrual migraines).

Migraines are also linked to inflammation, so following an anti-inflammatory diet, high in omega 3 fatty acids from oily fish, antioxidants from colourful fruit and vegetables and spices such as turmeric and ginger, whilst cutting out more pro-inflammatory foods such as processed and high sugar foods and vegetable and sunflower oils is recommended.

In addition, various foods and food additives are thought to potentially trigger migraine attacks in sensitive individuals, so keeping a food diary or carrying out an elimination diet (under the supervision of a nutritional therapist) to identify triggers may be beneficial. 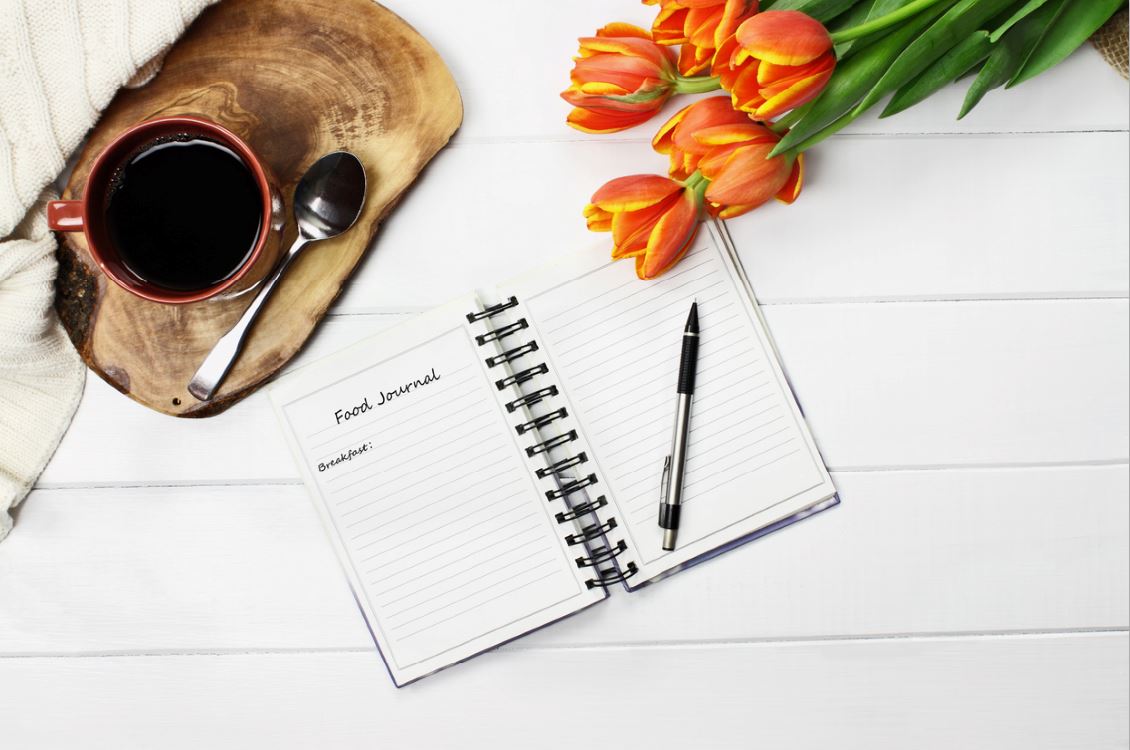 #7 Poor gut health could be contributing to your migraines

There is a clear association between the prevalence of migraines and many digestive disorders such as irritable bowel syndrome (IBS), irritable bowel disease (IBD), coeliac disease and gastro-oesophageal reflux (GORD).

Low levels of beneficial gut bacteria can contribute to gut hyper-permeability (‘leaky gut’), which is a risk factor for both localised and systemic inflammation. It is believed that low-grade inflammation originating from poor gut health may contribute to inflammation of pain pathways in the brain, triggering migraine attacks.

Newly emerging research indicates that live bacteria supplements may be of benefit. A recent randomized double-blind controlled clinical trial found that the 14 strains of live bacteria in Bio-Kult Migréa significantly reduced both episodic and chronic migraine frequency and severity in as little as eight weeks. (Bio-Kult Migréa is also available to buy on Amazon).

The product also contains magnesium and vitamin B6, both of which contribute to the normal functioning of the nervous system, and the reduction of tiredness and fatigue. Vitamin B6 also contributes to the regulation of hormonal activity.

#8 Stress is the most commonly reported trigger for migraine

Stress and anxiety often play a role in migraine, potentially initiating the condition in susceptible individuals, exacerbating attacks and contributing to the progression of the more chronic form.

Relaxation, stress management and resilience techniques and therapies are therefore an important part of an effective management plan. Mindfulness has been shown to be particularly effective in controlling headaches such as migraine, with several studies reporting positive results.

For example, a 2018 review of the evidence from ten different clinical trials found that mindfulness meditation may reduce pain intensity and is a promising treatment option for patients, with an eight week course having a significant positive effect. 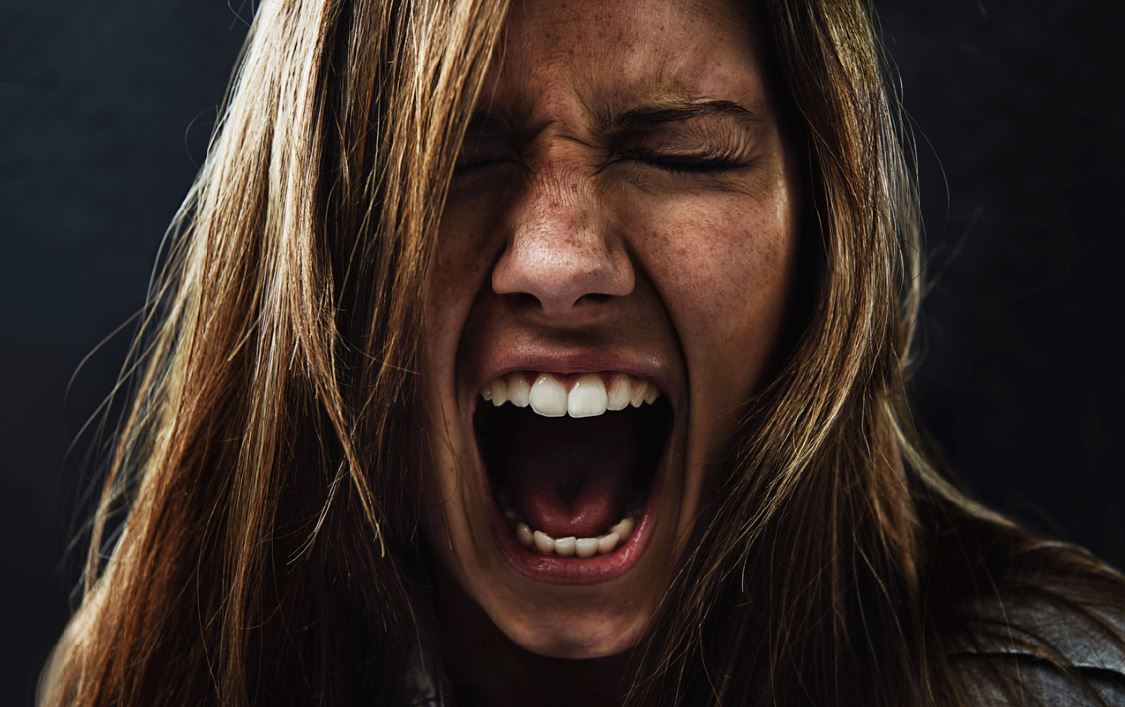 #9 When it comes to exercise and migraine, moderation is important

Evidence indicates that gentle to moderate cardiovascular exercise may be beneficial in migraine, as it is thought to activate multiple pain modulatory mechanisms, potentially decreasing the intensity of migraine pain.

Intense exercise on the other hand can be a trigger for migraines and headaches in some. To reduce the risk of exercise-induced migraines its best to ease yourself into any new exercise regime gently, only exercise when well rested, warm-up properly, reduce your exposure to triggering environmental factors, fuel your body with good nutrition and stay well hydrated.

#10 Overuse of pain-killers could be making your migraines worse

Despite the high prevalence and debilitating nature of migraines, less than 50 per cent of sufferers are satisfied with currently available treatments, and many resort to self-medication with over the counter pain-killers.

However, unfortunately this is not without risks as there is concern of medication over-use and rebound headaches. Many painkillers also have a negative effect on other systems of the body if over-used.

For example, non-steroidal anti-inflammatories such as Ibuprofen have a negative impact on the health of the gut lining, potentially contributing to leaky gut, which is implicated in migraine pathogenesis.

So whilst painkillers may be necessary on occasion to help manage migraines, investigating the root causes of attacks, rather than just masking symptoms is advisable.

There is no one clear cause or solution to migraines, and some individuals suffer with attacks which appear particularly resistant to treatment. Tackling migraines may therefore require investigation into a number of different aspects of health.

However, by approaching them holistically through changes to diet and lifestyle, supporting the health of the gut, balancing hormones, managing stress, addressing nutrient deficiencies and appropriate supplementation and medication, many sufferers are able to see a significant improvement in symptoms, allowing them to experience a greater quality of life.

Suffering from a headache? This foot reflexology massage could help

5 headache remedies that will surprise you