5 symptoms of vitamin D deficiency that are ruining your wellbeing

From recurring colds to aches and pains, symptoms of vitamin D deficiency are those common, pesky niggles most of us live with every day.  But a simple test and supplement could help – Anna Magee reports

It’s often called the sunshine vitamin because unlike other nutrients, vitamin D is not provided by food but made when our skin is exposed to the sun.

But, even with the summer we’re having, Brits are dangerously deficient in this crucial vitamin. In fact, it’s estimated that a staggering one in five adults and one in six children do not have adequate levels of vitamin D.

Children no longer play outside like they used to and so many of us work inside, so we’re seeing a rising problem of vitamin D deficiency

‘Not only have we got the British weather to deal with but we’re living an increasingly indoor life,’ says nutritionist Kim Pearson.

‘Children no longer play outside like they used to, opting for iPads and games indoors and so many of us work inside all day, so we’re seeing a rising problem of vitamin D deficiency.’

Those at risk, she explains, include anyone with darker skin types, as the darker your skin, the harder you will find it to synthesise vitamin D. Others at risk include pregnant and breastfeeding women and those who cover their skin for religious purposes.

‘I regularly test my client’s vitamin D levels and of the last 20 clients that I have tested, six were deficient, six had suboptimal levels and just eight had optimal levels. Those with optimal levels were usually either supplementing, or spent a significant amount of time abroad in sunnier places’.

This is a serious public health issue as a lack of vitamin D long-term has been found to increase risk of cardiovascular diseases and even cancer.  On a more everyday level, many of the symptoms that confound doctors could be signs of vitamin D deficiency.

Here are the key signs:

#1 You get frequent infections

Vitamin D is vital to the health of the immune system. ‘Without sufficient amounts, our immune cells are unable to react appropriately leaving us more susceptible to infection,’ says Pearson.

‘Vitamin D is essential to the function of two essential parts of the immune system, adaptive and innate immunity.’

Adaptive immunity is that which remembers viruses you have had – for example, chicken pox – and ensures you don’t get them again. Your innate immune system is present in places like inside your nose and is there to guard against everyday infections. Both are essential and both need adequate levels of vitamin D to function, says Pearson.

If you feel like you’re always catching any infection going and/or it takes you longer than most to shake it, get tested.

Now, scientists are studying the role played by vitamin D deficiency in an increased risk of cancer, in particular colorectal, breast, pancreatic and prostate cancers.

‘Vitamin D is understood to play a key role in maintaining healthy levels of serotonin in the brain,’ says Pearson.

‘These are neurotransmitters in the brain that are essential to mood and deficiencies have been associated with depression.’

In 2014, researched published in the journal Medical Hypotheses looked at 100 scientific papers on vitamin D and found a specific link between vitamin D deficiency and Seasonal Affective Disorder or SAD which happens when people experience low mood during the winter months, thanks to a lack of light and sunshine.

‘For example, studies show there is a lag of about eight weeks between the peak in intensity of ultraviolet radiation and the onset of SAD, and this correlates with the time it takes for UV radiation to be processed by the body into vitamin D’. 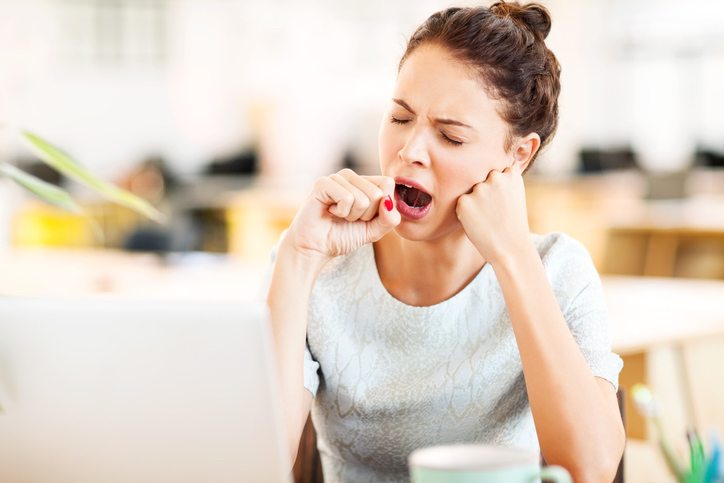 If you’re always tired, you might benefit from a vitamin D test

‘Vitamin D is essential for converting food into energy,’ says Pearson. ‘If you’re always tired, a lack of this vitamin could mean you’re not assimilating nutrients from your food and your body’s cellular ability to make energy from what you eat is compromised thanks to a lack of vitamin D’.

This vitamin she explains, is essential to the functioning  and the efficiency of mitochondria (known as cell batteries) within the muscles.

#4 You have joint pains or weak bones

Vitamin D is essential to help regulate calcium and phosphate levels in the body, giving it a key role in the functioning of joints, muscles and teeth and adequate levels help ward off osteomalacia (soft bones) and osteoporosis (loss of bone density) in later life.

‘When you’re running low on vitamin D, your bones can weaken increasing your risk of stress fractures,’ says Pearson.

‘This is related to vitamin D’s essential role in regulating calcium uptake. People often think about calcium for bones, but they’re rarely aware that vitamin D is essential to calcium’s absorption.’

One study in 2014 predicted that adults with a vitamin D deficiency who are older than 50 are more likely to develop pain in their hip and knee joints and also noted that the pain is more likely to get worse if the deficiency isn’t treated with supplementation. 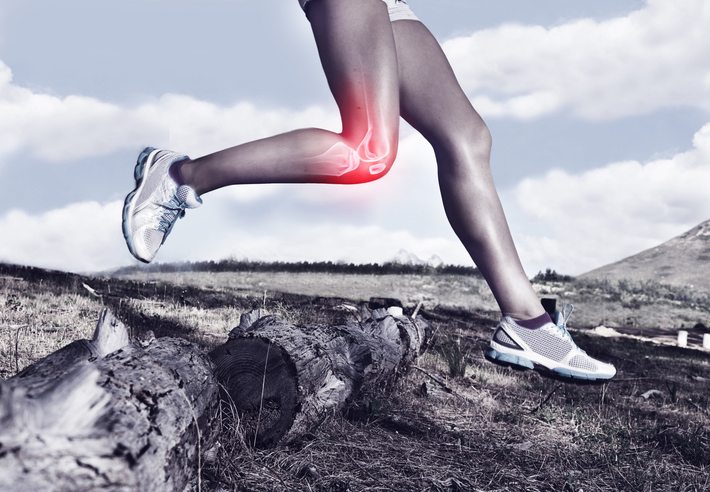 Vitamin D supports muscle function because receptors for it are located all over the body, including in the muscles.  ‘Having lots of general muscle aches is often the first tell tale sign of a deficiency’, says Pearson.

Vitamin D enters muscle cells when it is metabolized, enhancing muscle contractions, which is vital for preventing falls and for building muscle strength and bones through exercise.

In fact, researchers have found links between chronic pain that doesn’t respond to treatment and vitamin D deficiency and supplementation has been shown to help.

Are you getting enough?

Having optimal vitamin D levels depends on your skin’s ability to produce enough when you’re exposed to the sun.

Those with darker skins naturally produce less vitamin D, as the melanin in their skin naturally provides more protection against UV rays.

One study showed that nurses who had worked night shifts for over 20 years had a higher incidence of wrist and hip fractures over an 8-year follow up period.

The overwhelming evidence prompted the researchers to link the nurses’ lack of sun exposure and therefore vitamin D levels with a reduction in bone and muscle strength.

How to get your vitamin D

Most people can make enough vitamin D from being out in the sun daily for short periods of about 20 minutes at a time with their forearms, hands or lower legs uncovered and without sunscreen from late March or early April to the end of September, especially from 11am to 3pm, says Pearson.

People with dark skin, such as those of African, African-Caribbean or south Asian origin, will need to spend longer in the sun to produce the same amount of vitamin D as someone with lighter skin.

Some foods are rich in vitamin D – though they won’t provide anywhere near what you get from sunlight –   and these include fatty fish such as salmon, mackerel and tuna as well as egg yolks, cheese, liver and foods fortified with vitamin D such as some cereals, dairy products, soy milks and cereals. 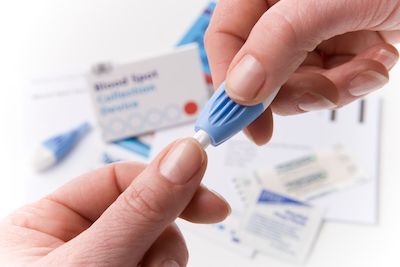 Your GP can test your vitamin D levels.

But if that’s too much hassle, a simple at-home test can also do the trick. Reputable vitamin company BetterYou distributes a Vitamin D at home test kit on behalf of the NHS which can help you determine your vitamin D levels and provide advice on how best to optimise your levels, based on your results.

They also offer a complimentary vitamin D daily oral spray product to everyone who uses the home test kit. Buy the BetterYou Vitamin D Testing Service £28 from the BetterYou website.

BetterYou DLux3000 oral vitamin D spray is a high dose vitamin D supplement which is efficiently absorbed through the inner cheek and doesn’t need food or water to take. (Also available to buy on Amazon in the US).

A study published in The Nutritional Journal showed that vitamin absorption via an oral spray was 2.5 times more effective than vitamin capsules.

Moreover, in 2012 researchers at Cardiff University, when testing BetterYou’s DLux vitamin D oral sprays, found that absorption within the inner cheek was far superior to the more traditional digestive route of tablets and capsules. 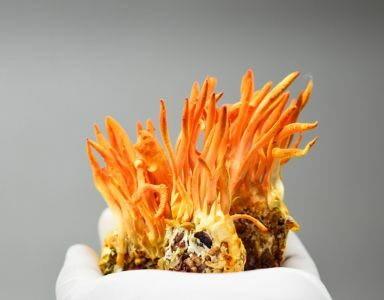 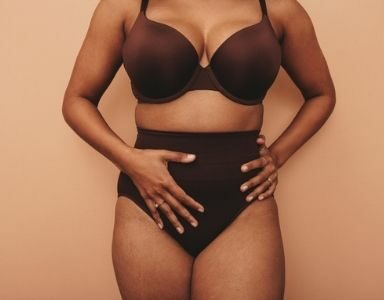 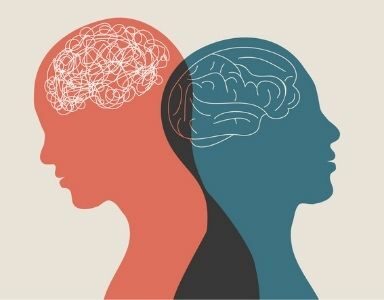